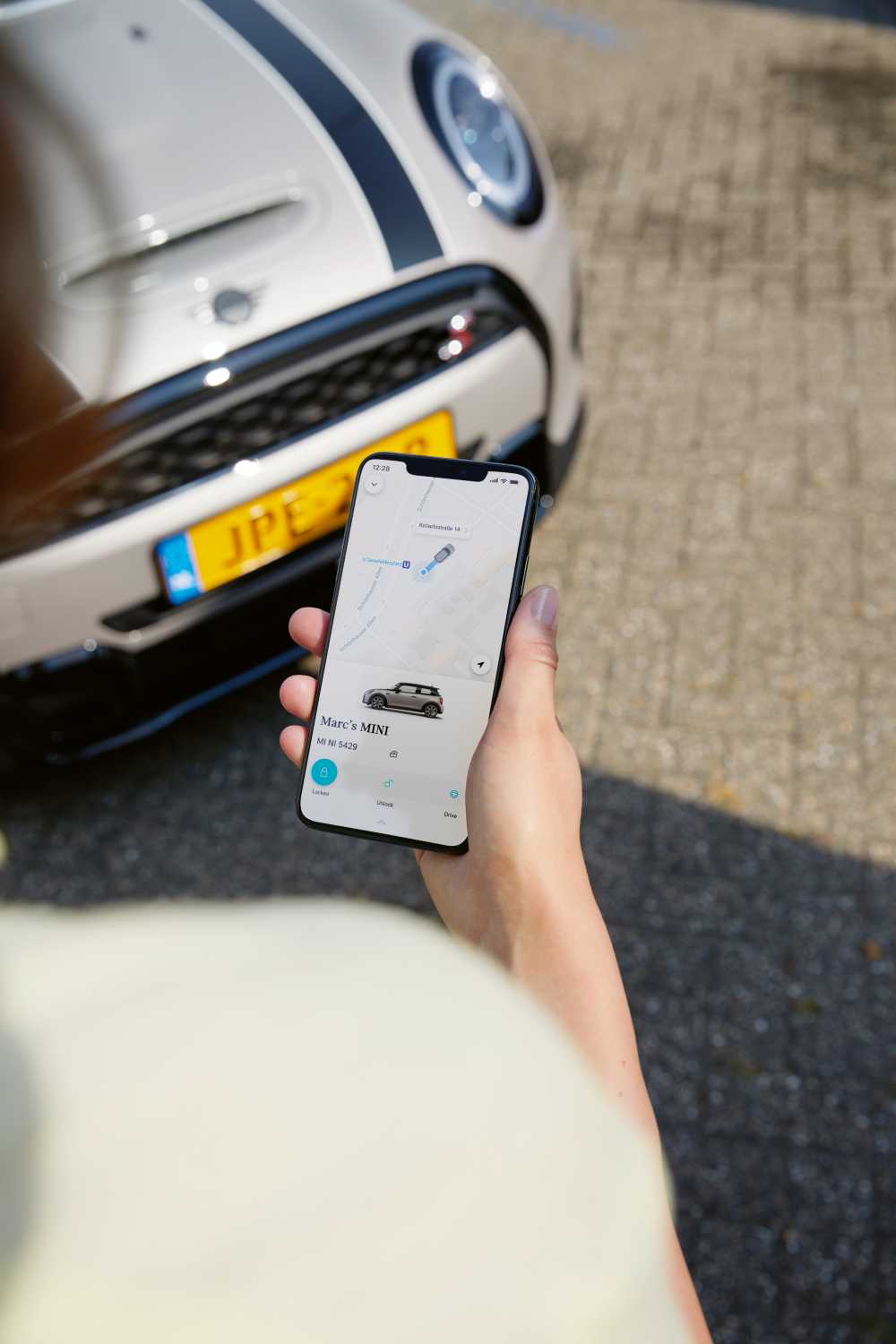 How cool can a cool car get? That’s not meant to be a tongue-twister, but it sure is intended to be fun.

The BMW Group, maker of the Mini, has teamed up with the latest concept in urban living, the BlackBrick “residential members’ club”, to offer the electric Mini as a shared ride.

BlackBrick in Sandton is an “aparthotel”, for apartment hotel, also described as a “vertical village”, incorporating overnight or monthly stays, a cinema, boardrooms, meeting rooms and working spaces, gym, laundry and café, among other facilities. The target market is young, single professionals, with a key selling point being that it is in walking distance of most major Sandton attractions and office blocks.

Now, it is in car-sharing distance of the rest of Johannesburg. BMW has installed a small fleet of 5 Mini Cooper SEs on the BlackBrick premises, available for anyone to book via an app and take for a ride.

“It is fitting that the innovative Mini Sharing scheme will be available to residents and members of Sandton’s pioneering BlackBrick initiative,” says Shaun Willis, head of Mini South Africa.  “Since 1959, Mini has been the brand designed with the city in mind. With the introduction of the Mini Cooper SE, this authentic urban lifestyle brand is able to play its role in shaping the electrified future of urban mobility.”

Using the Mini Sharing App on an iOS or Android smartphone, BlackBrick residents and hotel guests can book any of the cars on a pay-per-use basis. It takes little more than downloading the app, registering by scanning the back and front of one’s driver’s licence, and keeping the app open as one approaches the Mini parking bays. Oh, and the cars are all parked next to a charging station, ensuring they are recharged when they return from their rides.

The Mini sharing concept was pioneered in Europe, where car owners can make their vehicle available for sharing via an app. However, that tends to work mainly in an environment of population density in relatively high-income areas. It was adapted to South Africa as an option in very specific locations.

Mini Sharing vehicles have fixed pick-up or drop-off points, so that users can pick-up and leave the car in reserved parking bays within those locations.

Using the app, “guest drivers” reserve a timeslot via the app’s calendar function. Once confirmed, the smartphone being used acts as the car key, and a Bluetooth connection between the handset and Mini allows the app to open the vehicle doors and start the engine.

BMW hosted us on a morning tour of lifestyle spots of Sandton and Johannesburg – from the hyper-cool Weylandstudio interior design hub in Kramerville to the hip Sin+Tax bar in Rosebank. It all felt perfectly aligned with the Mini, the BlackBrick concept, and a cool urban lifestyle.

The electric Mini Cooper SE is an experience in itself. The silent engine, 215km range, and digital dashboard and infotainment system all provide a great pointer to how small city cars will be designed in future.

One tiny quibble is that it is a pain to have to unlock a phone screen and open the app every time you want to switch off the car, or lock/unlock the doors. The app needs an option to function as a priority notification icon, available with two taps, or something similar. Of course, when one is using the shared Minis as an occasional convenience, such short delays will barely be noticed.

When the Mini is returned to the specified parking area and locked via the smartphone, the journey is officially complete, and the app generates a travel report, with a fee calculated from on a combination of mileage and time. Prices include insurance, electricity, toll fees and other associated costs. Our ride around the city cost a princely R108 for two hours and 25 minutes use.

This is not your father’s Uber.