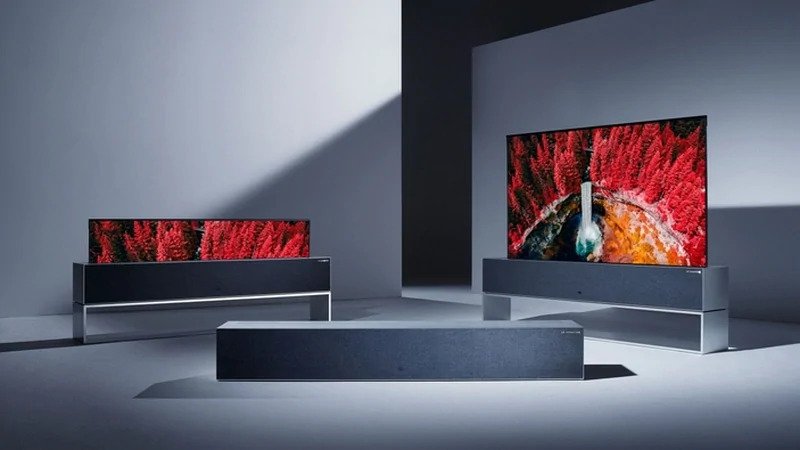 LG yesterday announced the commercial launch of the world’s first rollable TV, LG Signature OLED R (model RX), in South Korea at premium consumer electronics stores. The TV will retail at KRW100-million (US$87,000). Make that around R1,5-million in South Africa!

The LG Signature OLED R is described as “a masterpiece that will be appreciated by customers who want to reclaim their living spaces”. It makes the “20th century altar” disappear at the press of a button. Users no longer have to permanently set aside space for a large screen that is only useful when turned on.

The new TV, which creates a smooth movement when unrolling itself, is an aspirational product, with each unit built to order “for the most discerning customers”. Manufactured in LG’s advanced Gumi facility in South Korea, each TV is “assembled with craftsman-like skill with attention to every detail”. At that price, one would hope so.

It features a brushed aluminum casing and a wool speaker cover by Kvadrat of Denmark. Customers can have their choice of four shades of covering – Signature Black, Moon Gray, Topaz Blue, or Toffee Brown.

“The seamless marriage of technological and design innovation demonstrated in LG SIGNATURE OLED R is an unprecedented feat that genuinely deserves to be called a work of art,” says Park Hyoung-sei, president of LG Home Entertainment Company. “This is a true luxury product that reimagines what television can be, this unique TV delivers a differentiated user experience and a new way of thinking about space while once again confirming LG’s leadership in the premium TV market.”