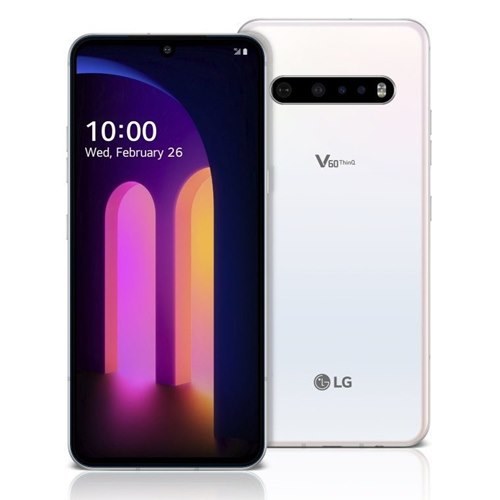 LG’s recently introduced high-end phone, the LG V60 ThinQ 5G, is packed with power and features. The device is built on a Snapdragon 865 processor with 8GB of RAM, along with a 6.8-inch 1080p screen and triple main cameras.

DxOMark recently put the LG V60 ThinQ 5G through its rigorous audio test suite to measure its performance both at playing audio back through its built-in speakers, and at recording sound using its built-in microphones.

Key audio specifications of the V60 ThinQ 5G include:

DxOMark provided the following summary of its device review:

The LG V60 ThinQ 5G achieved an overall Audio score of 65 in our testing, two points below the OnePlus 8 Pro, and six points below the Apple iPhone 11, the two phones we directly compared it with. So the V60’s overall audio performance doesn’t quite match that of competitive phones. Its Playback performance is mid-pack compared to the devices we’ve tested, but below similar phones from other vendors. The difference is even more pronounced in our Recording tests.

Its Playback sub-score of 67 was hurt by weak bass and high-end in our tonal reproduction tests, and mediocre performance in our other playback tests. One bright spot was its relatively artifact-free rendering of audio sources. It also does a good job of smoothly changing volume and provides a reasonably good maximum volume level.

When it comes to recording, the V60 is among the weaker performers among phones we’ve tested, with an Audio Recording sub-score of 59. Here, too, it suffers from poor tonal response, as well as a poor ability to allow listeners to pinpoint the locations of sound sources. The V60 does do a good job of preserving sound dynamics when making video recordings with the main camera. As with playing back audio, the foreground sounds in recordings made with the V60 are relatively free of artifacts. However, background sounds are harmed by excessive artifacts.

To read breakdown of what makes up this audio score, read DxOMark’s full audio review of the V60, which includes definitions of technical audio terms.

Relive the feeling of standing in line – in VR

Get a Nintendo Switch with a Vodacom contract