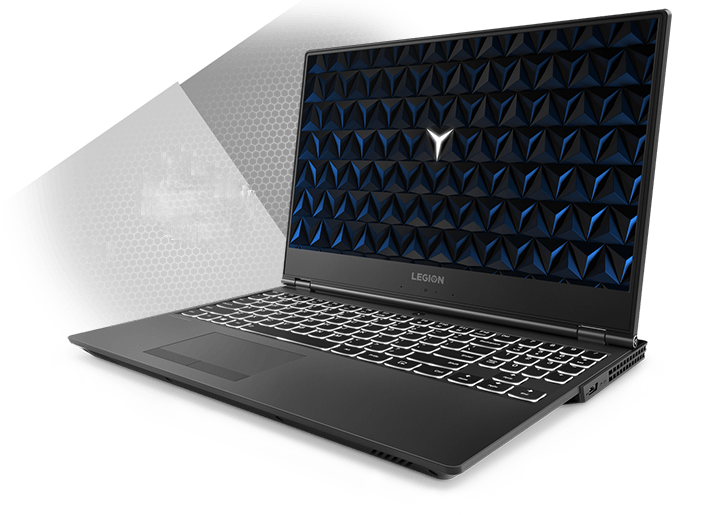 The unit we reviewed housed an Intel Core i7-8750H, with an Nvidia GeForce GTX 1060 GPU. It featured dual storage, one bay fitted with a Samsung 256GB NVMe SSD and the other with a 1TB HDD.

The latest addition to the Legion lineup has become far more professional-looking, compared to the previous generation Y520. This trend is becoming more prevalent in the gaming laptop market and appeals to those who want to use a single device for work and play. Instead of sporting flashy colours, Lenovo has opted for an all-black computer body and a monochromatic, white light scheme.

The laptop features an all-metal body with sharp edges and comes in at just under 24mm thick. Lenovo opted to make the Y530’s screen lid a little shorter than the bottom half of the laptop, which allowed for more goodies to be packed in the unit while still keeping it thin. The lid of the laptop features Legion branding that’s subtly engraved in the metal and aligned to the side. It also features a white light in the O of Legion that glows when the computer is in use.

The extra bit of the laptop body facilitates better cooling. Lenovo has upgraded its Legion fan system from the previous generation. For passive cooling, a type of cooling that relies on the body’s build instead of the fans, it handles regular office use without starting up the fans. A gaming laptop with good passive cooling is rare to find and Lenovo has shown that it can be achieved with a good build.

The internal fans start when gaming, as one would expect. They are about as loud as other gaming laptops, but this won’t be a problem for gamers who use headsets.

Click here to read about the screen quality, and how it performs in-game.

Previous Page1 of 3Next Page
Related Topics:featuredLenovoproduct review
Up Next

Beautiful bokeh: all about the blur