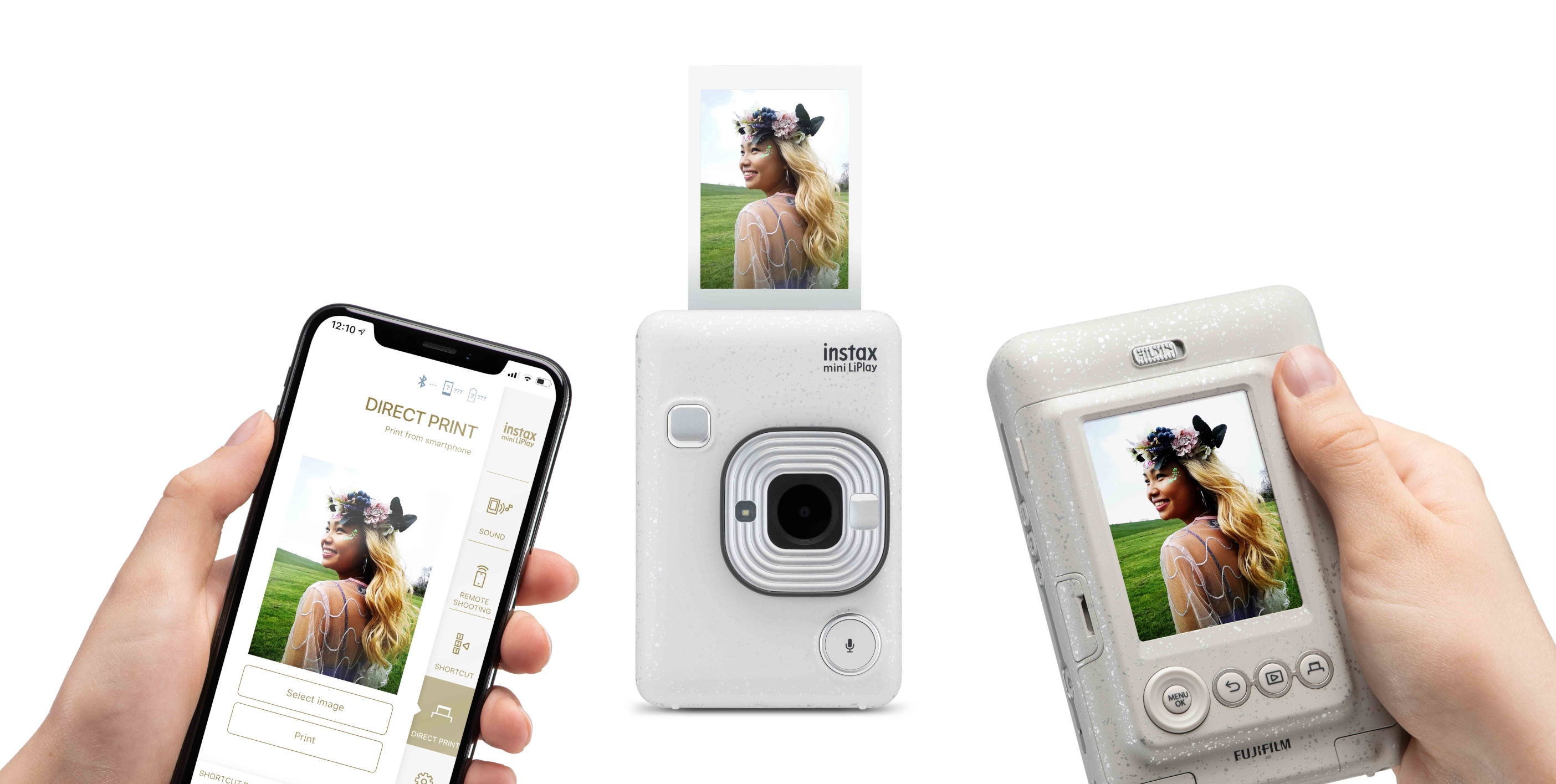 Fujifilm’s Instax mini LiPlay is specially designed to act as both an instant camera and a photo printer. As with any Instax camera, users can snap and print photos directly from the camera. However, it connects via an app to smartphones, with users then able to print any photo stored on that device. With this feature Instax brings together the best of its hybrid cameras, such as the Square SQ20, and its portable smartphone printers, such as the Share SP-3.

Photos, now with a message

This Instax mini LiPlay is certainly not a one-trick-pony since it has another card up the sleeve: voice notes. One would expect that sound and photos do not play well together, but this camera about to change that. Users are able to take a picture of a friend, record a voice note (up to 10 seconds) for them via a button at the front of the camera, and then print out the photo. The print will feature a QR code which can be scanned by smartphone in order to listen to the recorded message. This is a first-time feature that can only be found on the Instax mini LiPlay camera.

Up to 46 images can be stored on the built-in storage space, with the device allowing for added memory via microSD or microSDHC cards. Users can select their best shots on the 2.7-in. TFT colour LCD monitor at the back, while also editing images on the fly.

To add extra spice to photos, it’s possible to apply one of six filters directly from the camera – black & white, sepia, stylish, vivid, poster of fish-eye. There are also ten different creative frames to choose from, while 20 more are available from the Instax mini LiPlay app. Through the app users can assign any of the frames to one of the camera’s shortcut buttons on the side to make in-camera editing easier.

For those who love group photos, the Instax mini LiPlay app has a wonderful extra – it can be used as a remote to snap a photo from a distance.

From a size perspective, it is the smallest and lightest camera in the Instax range, coming in at 255 g. As always, photos are printed quickly and easily, with printing taking no more than 12 seconds.

It’s never a case of all work and no play when it comes to Instax, since there’s also a range of stylish accessories, such as the colour-coded camera straps specifically designed for the hybrid camera. Users can furthermore look forward to film cases that double as photo displays, plus photo albums to help with the protection of memories.

The camera will be available in three colours – Blush Gold, Stone White and Elegant Black, each offering a different texture to the touch. The mini LiPlay is set to launch in South Africa at the opening of the Fujifilm PrintLife Exhibition, scheduled to run at Sandton City Centre Court from 19-24 June 2019.

The camera will be available at select retail stores and online for a recommended retail price of R2 499. Fujifilm Instax mini photo paper is available in packs of ten or 20, costing in the region of R160 and R300 respectively.

Related Topics:fujifilminstaxproduct of the day
Up Next