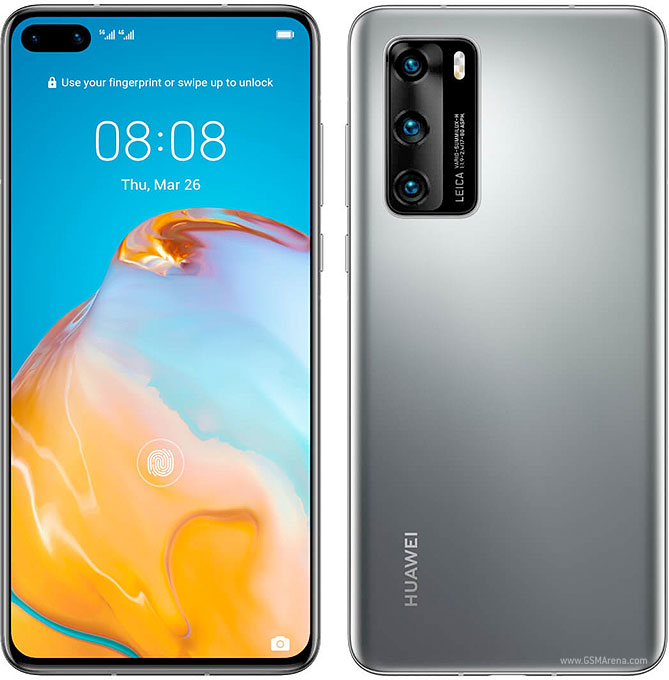 The Huawei P40 Pro is the manufacturer’s latest high-end smartphone. It features the Kirin 990 5G chipset, a 6.58-inch Full-HD+ OLED display with rounded edges, and dual front camera. Huawei tends to use the P-series models to showcase the company’s latest mobile camera technologies, and its P-series flagship device for 2020 is no different.

DxOMark provided the following summary of the camera’s latest features and what they mean for the device’s performance:

The primary camera comes with a very large 1/1.28″ 50MP Quad-Bayer sensor that produces 12MP image output. As with other devices with similar sensors, it uses pixel binning to increase dynamic range and low-light capabilities. The lens features an f/1.9 aperture and nominal 23mm-equivalent focal length, however, Huawei crops the field of view to a more conventional 27mm. This decision was presumably made in order to design a thinner camera unit, but it should also help with reducing such artifacts as corner softness and distortion. Optical image stabilization, which can be challenging to implement on such large image sensors, is on board as well.

Like with the Mate 30 Pro, Huawei implements a large and high-resolution image sensor (40MP 1/1.54″) in its ultra-wide camera, which combined with a fast f/1.8 lens, should make for excellent low-light image quality. The downside of such a large sensor in the ultra-wide is lens design. It’s a challenge to design a lens that provides a very wide angle of view and still fits into the thin body of a high-end smartphone. Therefore, Huawei settled on a compromise at 18mm, which is noticeably wider than the main camera, but not as wide as that of some competitors, such as the latest Samsung devices and iPhones, which offer 12mm and 13mm lenses, respectively.

The P40 Pro doesn’t rely just on hardware alone for zooming, however. Like the P30 Pro, the P40 Pro uses software systems which Huawei calls field-of-view fusion and AI RAW, a combination of optical and algorithm-powered digital zooming that adapts to the chosen magnification factor. Only the primary camera is used for up to 2x magnification; the tele-camera takes over from 5x and longer. For intermediate zoom factors, the P40 Pro uses a fusion algorithm that combines image data from both cameras, merging several RAW frames from the main and tele cameras into one high-resolution frame, which is then cropped for zooming.

For optimal detail, the 5x tele-cam records image data at the centre of the frame; it uses AI-refined image data from the primary camera to fill in the “missing” image areas around the edges. A deep learning algorithm improves detail on fine patterns and textures—quite an impressive feat, considering that autofocus, white balance, and other image parameters of both cameras all have to be in perfect sync for good results.

At the long end, the camera is capable of achieving a 50x zoom factor using a combination of optical zoom and super-resolution processing that stacks multiple RAW frames from the tele-cam.

While the P30 Pro used AI RAW only for zooming, the P40 Pro now applies the technology to most camera modes, including bokeh. This means that as with zoom shots, bokeh images from the new model offer a wider dynamic range. The camera uses the 50MP high-resolution sensor and an AI RAW-powered super-resolution algorithm to generate an image with a 54mm-equivalent focal length and very good detail rendering. Data captured by a time-of-flight (ToF) laser measures the distance to objects in the scene, and is then used to confirm and fine-tune the initial depth-map that the primary and super-wide cameras generate.

The P40 Pro also comes with a new white balance system that uses a semantics-based neural network and data-driven methods for more accurate white balance. The system also gets help from a multispectral sensor that can measure specific colours more accurately than the image sensor.

Autofocus with dual phase detection on all sub-pixels

The new autofocus system comes with dual phase detection on all sub-pixels and can use all pixels for autofocusing. In low light, the system also makes use of subject distance information that the ToF laser sensor captures.

Please note: The Huawei P40 Pro was tested with European firmware which by default has AI set to off. In other regions the feature is activated by default. The camera firmware used for the DxOMark tests is not yet currently available to consumers. Huawei will make it available as an update in the near future.