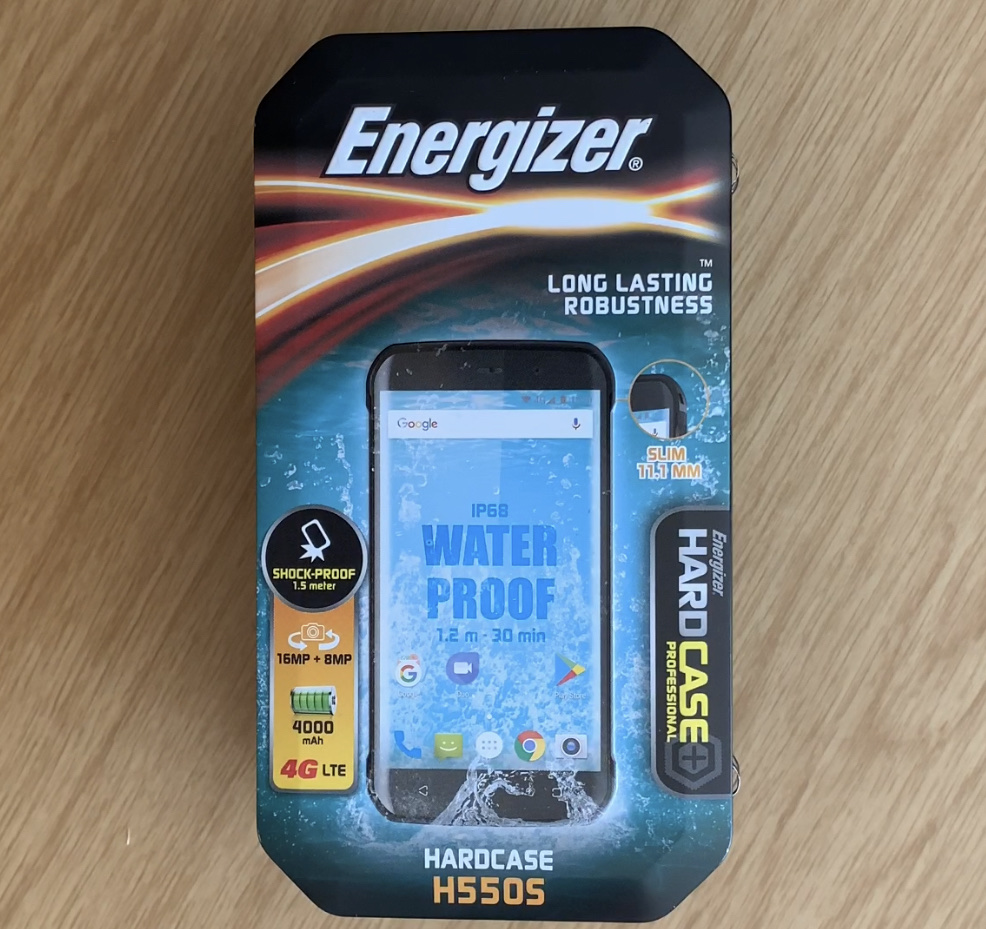 Known for its battery technology, Energizer entered the smartphone space earlier this year with a slightly different way of looking at mobile devices: having an amazing battery life at the cost of having a thick phone.

At a retail price of around R7700, Energizer’s first take on smartphones is on the expensive side and won’t appeal to the low-to-mid-range market.

The phone looks like a typical rugged phone, featuring an unapologetically thick body and all sorts of water-sealing flaps. The front of the device features pretty thick bezels by 2019’s bezel-less standards, but still manages to look good with a 5.5″ display and capacitive navigation buttons below it.

On the back, a carbon-fibre-like pattern gives the device its own level of good quality feel that isn’t felt by many other devices in this price range. Closer towards the top, it features a camera, flash, and fingerprint sensor. The fingerprint sensor is fast and in line with the speed delivered from other mid-to-high-range handsets. Thankfully, the camera is just far away enough from the fingerprint sensor to not smudge the rear lens.

The inclusion of a type-C port is great, although it is standard for Android devices nowadays. What’s becoming rarer is the 3.5mm headphone jack, which is almost always a plus. Both ports are covered with a rubber seal.

The speaker has average sound quality and average loudness.

The 4000mAh non-removable battery is the biggest redeeming factor on this device. It features battery saving software in addition, to the large battery capacity, to deliver multi-day performance. It provides a good 28 hours of medium usage (checking messages every half hour and watching videos for around 5 of those hours) until it reached 10%.

The secret to its battery efficiency is the battery saving software that comes preinstalled, which prevents misbehaving apps from draining the battery in the background, reducing the load on the CPU and GPU where it can.

Surprisingly, there is no bloatware in the device, making it one of the very few Android devices to feature a clean version of the operating system. That said, the version for Android included with the device is over 3 years old. This is not good from a security point of view and the security conscious buyer would most likely steer clear of this device with this knowledge.

Energizer is too new to the market for us to know if updates are going to be released for the device. Nevertheless, Android Nougat is good enough for the average user, provided they don’t install apps outside of the Play Store. It is powered by a powerful Mediatek MT6750, meaning the typical app is fluid and responsive.

The H550S has 32GB of onboard storage, but it can be expanded by up to 32GB with a MicroSD card in the second SIM slot. The LTE connectivity options are perfect for most high-speed broadband situations, with around 40Mbps download and around 10Mbps upload with good coverage.

As with many modern smartphones, it features a dual SIM configuration, where one is on standby for calls and SMS and the other is active for calls, SMS and a data connection.

The 16MP rear camera is good for quick shots and has decent colour replication. It’s also sharp enough for document scanning, which is a huge plus for productivity. The 8MP front camera snaps satisfactory selfies, and will be good enough for the outdoors user wanting to record their adventures.

Videos were recorded in 1080p and the quality was good in brighter situations. In darker situations, it struggled to record subject matter clearly and video was very noisy.

Overall, the H550S is a phone for the user that’s rarely around a plug point. It’s ideal for those who need to send messages, watch online content and play a lightweight game. For users seeking graphics intensive gaming, this is not the device. For its price point, it aims at a very niche audience that needs a very long battery life and doesn’t mind a bulky device.