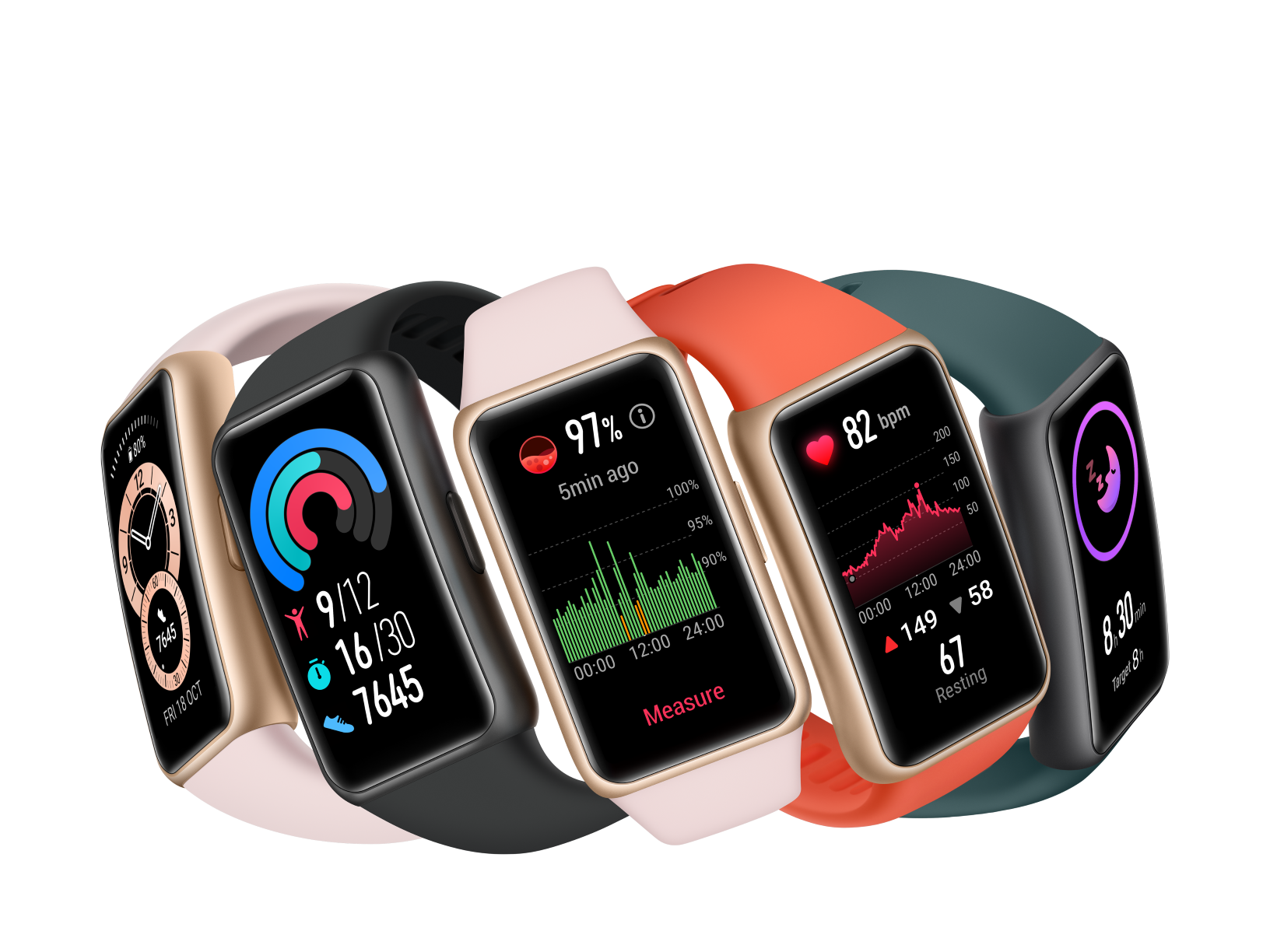 The Huawei Band 6 arrives in South Africa this week with the intention of shaking up both the smartwatch and activity band markets. The odds are in its favour, given that the new device straddles both categories, but at a price firmly anchored in the activity segment – that is, among the cheaper gadgets.

Its 1.46-inch AMOLED screen accommodates both a range of watch-faces and of apps that function on the watch screen much the same as they would on a smartphone. The band pairs with any Android smartphone, and introduces a range of features that were previously available only in the high-end Huawei Watch Pro range.

A physical button on the side makes for tangible controls – very useful on a small control surface – but the device is still water-resistant: its 5ATM rating means it can go to a depth of 50 metres for up to 10 minutes. That means it is safe for both swimming and the shower.

One of the most fascinating innovations on the Band 6 is called TruSleep 2.0 technology, which detects sleep stages in order to wake one during a wider time range than a regular alarm would allow. This means that it waits for a lighter sleep stage, at which one would wake up more comfortably, but without losing much sleep. Of course, if you are one of the fortunate few who insist on remaining in deep sleep, a smart alarm wakes you at the end of the time range.

The Band 6 includes relatively advanced heart health technology, such as heart rate and rhythm monitoring, as well as breathing techniques and stress management. Menstrual cycle tracking has been upgraded, so that it can be linked to food tracking, pregnancy planning and stress, among others.

Oh and, of course, it allows for activity tracking across 96 sports modes. And here lies my favourite feature, which I’ve been begging from Fitbit for years: rep counting. For example, it monitors the number of jumps when skipping rope, where Fitbit insists on measuring only the time of the activity.

R1699, available from 18 June, with pre-orders available at https://consumer.huawei.com/za/.

The market leaders in this space, Fitbit and Apple, are both expensive for the average South African consumer. Huawei offers equivalent devices to these brands’ smartwatches, but the Band 6 caters for lower budgets without giving up too much functionality. Xiaomi appears to offer equivalent features for less than R1,000 in the MiBand 6. However, the latter is not only a flimsy device, but also looks cheap on the wrist, and the swipe controls are literally hit and miss.

The Huawei Band 6 breaks the brand firmly out of its smartphone positioning, and heralds a wider range of Huawei consumer gadgets.