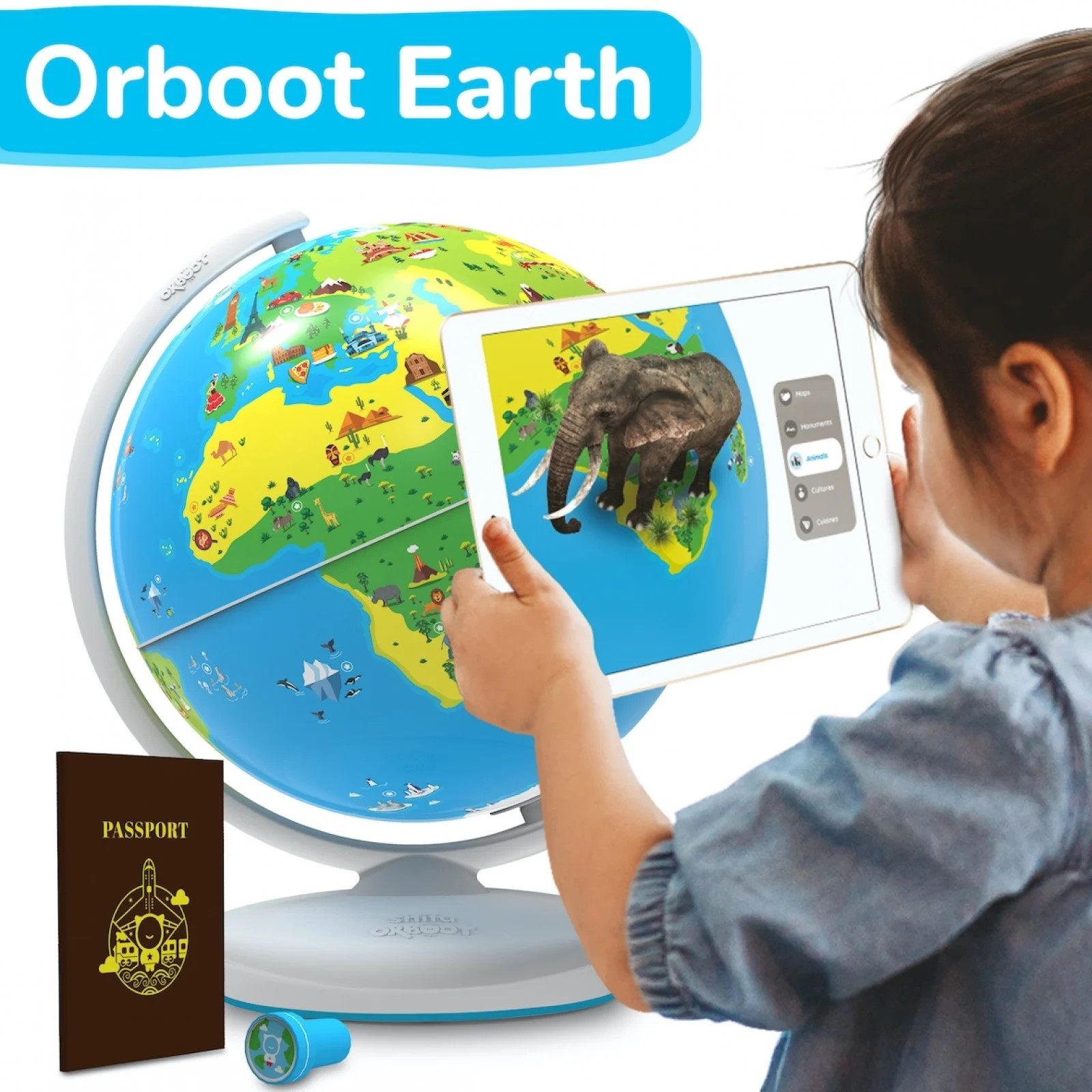 The Shifu Orboot Interactive Earth Globe is a solid plastic globe of the Earth, but without any names or borders – only images that are associated with different regions or locations. Children use the Orboot app to explore the globe through augmented reality:  as one scans the globe with the app, images appear over the globe in 3D, along with detailed information, interactive quizzes and activities.

It was created by two dads from India, who shared a vision of making screen time more meaningful and learning more empathetic. They started a company called PlayShifu, and turned to the Kickstarter crowdfunding platform to raise the money for their creation. Contributions came from 60 countries.

The globe comes with an innovative and entertaining accessory kit, including a quick and fun guide for parents and educators, a “passport” in which kids can record their visits and impressions, and a booklet of stickers to use in the passport. These range from boarding passes to country flags.

In an era when screen time turns children into passive and lazy receptacles of entertainment, the Orboot and its accessory kit flips the concept around, engaging children actively in the content they are consuming.

It inspires environmental awareness, including an exercise to “detangle the food chain, balance the ecosystem and take care of your own national park”.

The Playshifu range has expanded to Dinos and Mars globes, providing an ongoing journey of discovery, and educational experiences with slingshot and letters games. Next up, they are teasing a game that involves “lasers, aliens, clues, and furry friends”.