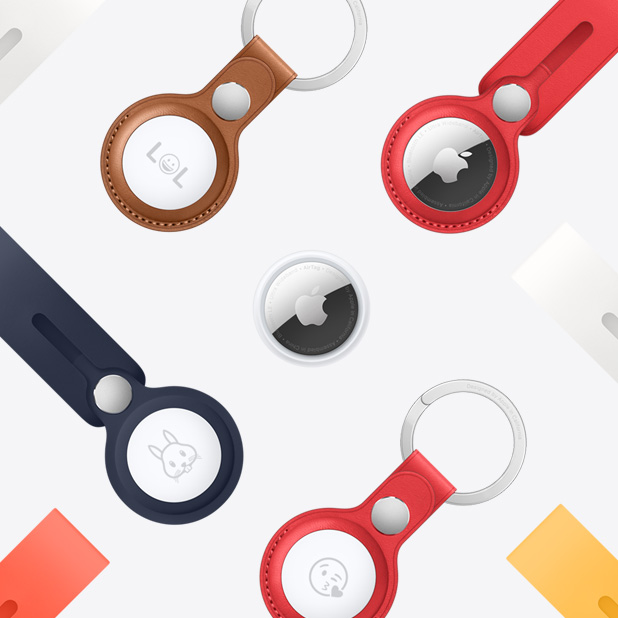 First, this is what Apple says about its newest technology category: “AirTag is a super-easy way to keep track of your stuff. Attach one to your keys, slip another in your backpack. And just like that, they’re on your radar in the Find My app, where you can also track down your Apple devices and keep up with friends and family.”

Second, before getting into the device itself, that’s not the full picture. The AirTag is a disc-shaped object with no external attachments, The only way to attach it to an object is to buy an additional AirTag Loop, Strap or Keyring, which can instantly double the price of the device.

That said, it can be slipped unobtrusively into a handbag, wallet, backpack, suitcase or even a car, and tracked wherever there are iPhones connected to the Internet.

When Apple announced the AirTag, many wondered why the world’s most successful smartphone maker would throw yet another alternative at a market of low-cost devices that is already so heavily populated. From the Snatcher Bluetooth Finder Tag at R59 and the Mini Mate GPS Bluetooth Tracker at R85, through to the R400 Tile Mate and around R750 for the Tile Pro, one can find a tracker to suit any budget. And they all have one thing in common: they can be attached to a keyring or any other attachable object, without any accessories required.

However, once the AirTag arrived and I tried it, the value proposition and the strategy became clear.

Aside from being as elegant as one would expect from Apple and its design ethos, it has one massive advantage over every other tracking tag on the market: it is fully integrated into a community of devices that use iOS version 13 upward, including the iPhone, iPad and Mac computers.

This means it links up with not a community of tags, the way the Tile does, for example, but a community of phones, tablets and computers. So, anywhere where there’s an iPhone, it could pick up the proximity of the AirTag in its vicinity. Its location is then mapped on the Find My feature on your own device, and it can then be tracked from your device, no matter where it is in the world.

In contrast, cheap Bluetooth tags require the user to be in the immediate vicinity of the tracker, while Tile requires other tiles to be in its vicinity – unless it is still within Bluetooth range.

How does it work?

The AirTag sends out a Bluetooth signal that can be detected by nearby iPhone and iPad devices, which make up the Find My network. These devices send the location of your AirTag to iCloud, from where the Find My app on your own devices picks it up and shows the location on a map. The process is anonymous and encrypted to protect privacy.

The AirTag can be put into Lost Mode, remotely, from your device. The moment it is detected by another device in the Find My network, you receive a notification.

Hundreds of thousands of people have tracked lost or stolen phones using apps like Find My Phone and similar, which are standard on iPhone and high-end Android phones. Now that functionality will become more commonplace for keyrings, handbags, luggage and other objects that can house a tracking tag, much as tracking SIM devices have led to a massive increase in retrieval of stolen cars.

Gadget of the Week: Feel-good food app for lockdown