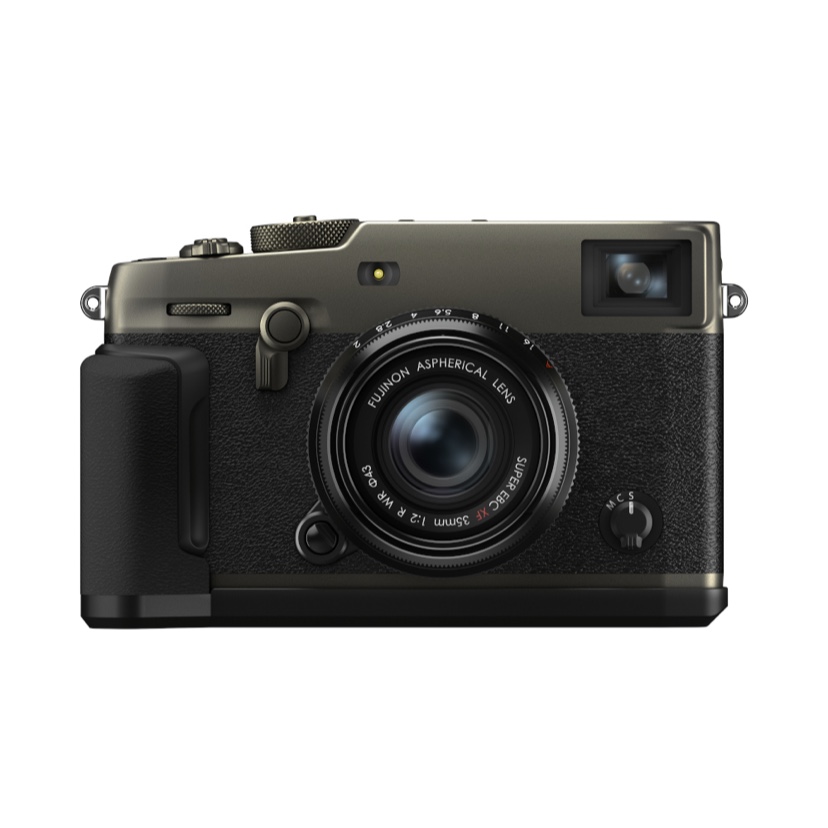 Fujifilm has announced it will be launching the X-Pro3 in November, as the latest flagship model for the X Series range of mirrorless digital cameras.

This camera has been used by professionals to shoot documentaries and for reportage photography because of the classic rangefinder-style, portability, and dials that enable intuitive operation.

According to Fujifilm, The X-Pro3 features one of the most durable camera bodies on the market, thanks to the use of titanium on the body. Apart from the regular black body, improved DR Black and DR Silver versions will also be available. These have the surface-hardening Duratect technology applied to achieve a Vickers hardness rating up to 1500Hv to protect the camera from scratches.

To ensure that the right level of performance and image quality for a flagship model is met, it uses the back illuminated 26.1MP X-Trans CMOS 4 sensor and the X-Processor 4 image-processing engine, first seen in the FUJIFILM X-T3 and then the FUJIFILM X-T30. Using this combination and new firmware, the phase-detection auto-focus (AF) now works down to a luminance of -6EV, which is close to pitch darkness.

The X-Pro series is known for an Advanced Hybrid Viewfinder, which allows users to switch between the optical viewfinder (OVF), providing a constant view of the subject without any time lag, and the electronic viewfinder (EVF), which lets one check exposure while shooting.
It features a 1.62-million-dot high-resolution tilting LCD touchscreen display, which can flip almost 180 degrees, allowing users to shoot from the hip, at ground level or with the camera above their heads.

On the back of the panel is a very useful feature: a 1.3-inch colour Memory LCD, which displays shooting settings regardless of whether the camera is turned on or not. The screen can be set in the Classic mode, which displays the current Film Simulation, white balance and other image settings similar to film cameras.

Users can also find all the Film Simulation options that Fujifilm has managed to incorporate, due to its understanding of colour gained over 85 years in the industry. New to this is what it calls Classic Neg Film Simulation, which simulates colour negative film that was normally used for everyday snapshots. The colours are precisely controlled for each level of brightness, to create a rich chromatic contrast that adds extra definition to the image.

The Grain Effect function, which simulates grain achieved with film, has been improved so that users can adjust strength and size to attain a more precise control over graininess, instead of having just the two options of graininess of previous models.

Fujifilm X-Pro3 will be available in South Africa at the end of November 2019, with a recommended retail price of approximately R24,000 for the body only.

Related Topics:fujifilmphotographyproduct of the day
Up Next

Huawei Nova 5T on the way