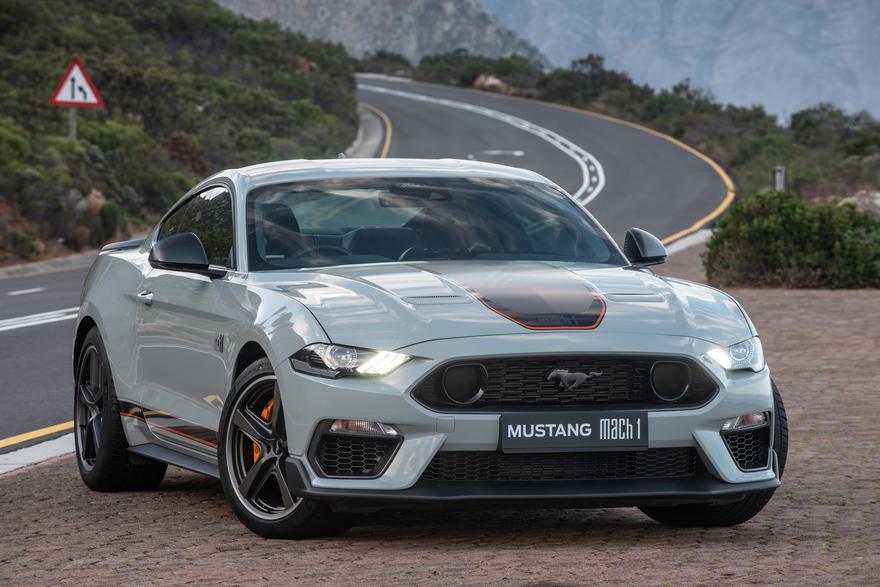 The Ford Mustang Mach 1 is the most track-focused Mustang yet, and it has touched down in South Africa. As an exclusive limited-edition model, only 90 units are available for the South African market, making the new Mustang Mach 1 a highly sought-after car that pays tribute to the original, iconic 1969 version – but with modern design and performance attributes that have helped make the current-generation Mustang the world’s best-selling sports car.

“There’s a reason Mustang is the world’s best-selling sports car, but the Mach 1 elevates Mustang to another level in the hearts of performance car fans,” says Doreen Mashinini, general manager for marketing at Ford South Africa. “Road or track, this is the most capable Mustang yet, and is more than worthy of carrying the legendary Mach 1 badge.

“A true Mustang Mach 1 needs to look fast even standing still,” Mashinini says. “The functional aerodynamics and exclusive race-inspired features of the Mach 1 will leave performance car fans in no doubt that this Mustang means business – even before it hits the track.”

Mustang Mach 1 customers have a choice of high-strength, high-precision transmissions designed to comfortably manage high-rev gearshifts. Offered for the first time on a production Mustang, the TREMEC six-speed manual gearbox is derived from the Shelby GT350. It features a robust twin-disc clutch and short-throw shifter, while aggressive upshifts and downshifts are made smoother, more precise and easier to perform with rev-matching technology and flat-shift capability. Also available is Ford’s advanced 10-speed automatic gearbox, featuring an upgraded torque converter and new calibration.