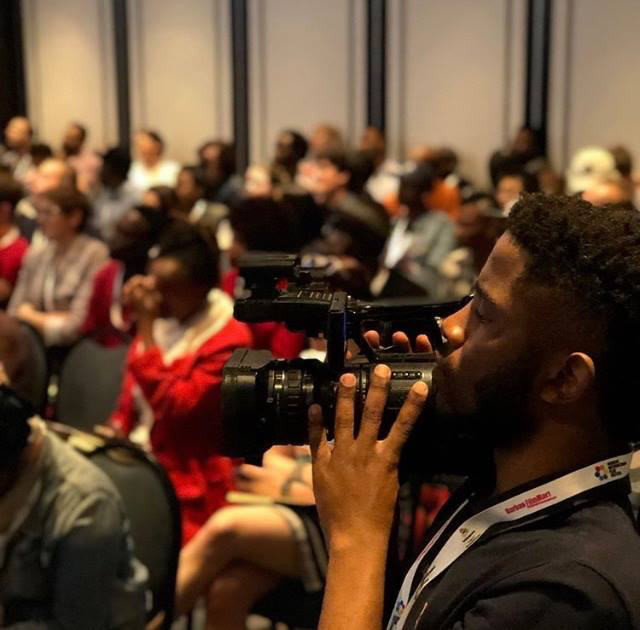 Submissions for documentary and feature film projects in development for the Durban FilmMart  (DFM) close next week on 31 January 2020. The organisers are making a special call-out to documentary filmmakers who have projects to submit.

“We invite documentary filmmakers to submit their projects no matter how early in its development it is, so long as it has a producer and director attached to it,” says Don Edkins well-known documentary filmmaker and the DFM’s documentary film mentor. “The DFM is a brilliant way in which filmmakers are able to galvanize interest in their ideas, get people excited about being involved or helping them develop the project. It may be that the project could then be taken to its next level by being invited to another market for further development, or find financing through the pitches. The possibilities are endless.”

The DFM, which takes place from 17 to 20 July 2020, will host 10 documentary and 10 feature projects at its co-production and finance forum. The producer, director or writer on the project must be an African citizen and can either be living on the continent or in the Diaspora.

‘Documentary filim has over the last years really come into its own,” enthuses Edkins. “We see how the genre has evolved from its more information-driven newsreel-style to a narrative or ‘story-driven’ approach,” he says. “It makes the film genre so much more accessible for its audience, drawing them in and engaging them, yet still making strong statements or creating its requisite impact.”

Countless film projects have gone from a simple concept and idea at the Durban FilmMart to the big screen over the 11 years.

Some examples include the 2011 project Buddha in Africa directed by Nicole Schafer (SA) which premiered at HotDocs 2019, and had its SA premiere at Encounters and won Best SA Documentary at DIFF making it eligible for consideration for an Oscar nomination.  2014 projects which made it to the big screen include Kula – a Memory in 3 Acts directed by Inadelso Cossa (Mozambique), The Colonel’s Stray Dogs directed by Khali Shamis (SA), The Sound of Masks directed by Sara Gouveia (SA/Mozambique), Alison directed by Uga Carlini (SA). The 2015 alumni projects which were completed include Amal directed by Mohamed Siam (Egypt), Not in my Neighbourhood directed by Kurt Orderson (SA), The Giant is Falling (working title After Marikana) directed by Rehad Desai (SA) had its international premiere at IDFA. The 2016 project The Letter directed by Maia von Lekow and Chris King (Kenya) premiered at IDFA in 2019 and also from that year, Working Womxn directed by Shanelle Jewnarain (SA) is in production.

“There are plenty more examples of films that have pushed through from their initial concepts, into production and then onto distribution and or screening,” says Edkins. “The documentary film community in Africa is still small and working with the DFM we try to find new talent constantly and work with the industry to hold space for the documentary. I know there are highly creative and talented people out there who have brilliant ideas, and I would like to encourage them to submit these for consideration for this year’s edition.”

To submit a project go to http://www.durbanfilmmart.co.za/ProjectSubmissions

Related Topics:durbanfeaturedfilm festival
Up Next