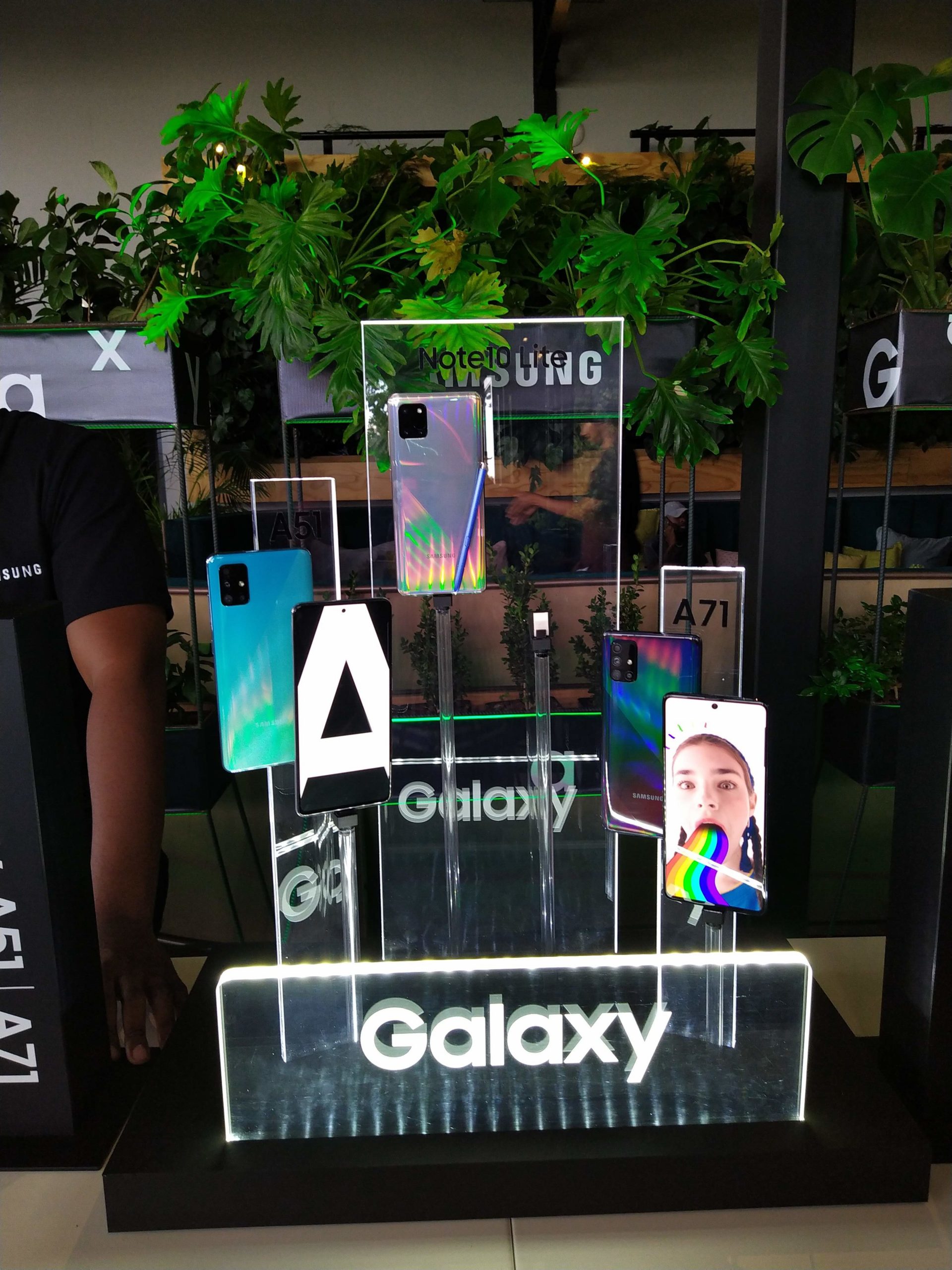 In Johannesburg this week, Samsung unveiled six new devices, five of which aim to simplify the various Samsung Galaxy lineups.

The most notable new handset, the Galaxy Note10 Lite, has arrived in South Africa – and in record time. The device was unveiled at CES 2020 in Las Vegas only two weeks ago, and is expected to launch in South Africa in the next two weeks.

The Note10 Lite shaves off a few arguably non-essential features from the Note10 to make Note features accessible to more South Africans. These features include wireless charging, waterproofing and a curved screen. Other than that, the Note10 Lite still features the iconic S-Pen, including all the cool features of the new S-Pen. Of course, the Lite comes in at around R7000 less than its more feature-rich sibling, which is a huge price drop considering the three non-vital features it sacrificed.

For a full specs list of the features of the Note10 Lite, please read our launch coverage from CES 2020.

“We have to be able to support the customers with better memory and better battery,” says Justin Hume, director of integrated mobility at Samsung South Africa. “128GB storage becomes fairly standardised across the range. From a battery perspective, we now see 5000 milliamp batteries making an appearance on A21 and A31 product. So you can see the customer is truly getting great value for their money there. But as we focus on those products, we are also introducing a brand new product into the range, which is the Note 10 Lite and we are making the S-Pen more accessible to everyday South Africans.”

Last year, Samsung reduced its device line to Galaxy S for its flagships and Galaxy A for everything else. It now launches devices under the A prefix with a numbered suffix indicating the level of its specifications. The new lineup started taking shape with the Galaxy devices last year with the Galaxy A50 and Galaxy A70, and consolidated the Z and J devices to the Galaxy A10, A20, and A30.

This year, Samsung has announced the Galaxy A11, A21, A31, A51 and A71, which provide a clear indication of which devices they will be succeeding. The devices will be released throughout 2020, staggered over the next few months until July.

The Galaxy A11 will feature a large 6.4-inch screen with an Infinity-O display, which is a punch hole for the front camera. On this device, the punch hole will be on the corner of the screen, instead of in the middle as with the Note10 handsets.

For an entry-level device, it’s surprising to see a triple camera array with a 13MP main sensor, an 8MP ultrawide lens, and a 2MP depth-sensing camera for portrait mode pictures. It will also support 15W fast-charging and features a 4000mAh battery. It will start at R2999 for the 32GB version and will be available in July 2020.

The Galaxy A21 shows off a slightly larger 6.5-inch screen and a triple rear camera system as well, but ups the ante with a 48MP main rear sensor. The battery will also be a whopping 5000mAh, with 15W fast charging as well. It will start at R3499 for the 32GB version and will be available in June 2020.

The Galaxy A31 will go back to 2019 roots with its display featuring an Infinity-U display, which is a tear-drop notch in the middle for the front camera. What users will get from the display is an in-screen fingerprint sensor, which can unlock the phone by reading one’s fingerprint through the display.

It will pack another camera in the array. It will feature the familiar 48MP and 8MP ultrawide lenses, with an upgraded 5MP depth sensor and a 5MP macro lens for taking sharper close-up shots. It will also feature the massive 5000mAh battery as in the A21, with 15W fast charging support. It will start at R5499 for the 128GB version and will be available in May 2020.

The Galaxy A51, which we will be providing a review of soon, gets closer to the flagships with some impressive features, like the quad-camera array in the A31, as well as a wide-angle 32MP selfie camera. It features an Infinity-O display, with a punch hole in the centre like the Note10. It also houses Samsung’s Exynos 9611 CPU, which is suitable for playing graphically intensive games. It starts at R6999 for the 128GB version and is available now.

The Galaxy A71, which is right below the Galaxy S10 in the line of devices, features a Qualcomm Snapdragon 730, which also translates to having a better graphics processor and a better gaming experience. It will feature a similar quad-camera array with a 64MP main sensor. It starts at R8999 for the 128GB version and will be available from February.

Samsung has shown off its strong competitive by revealing so many products at the beginning of the year. This will be an interesting year in the mid-range handset space, now that Samsung is pulling out the stops to put so much value into its mid-range devices.