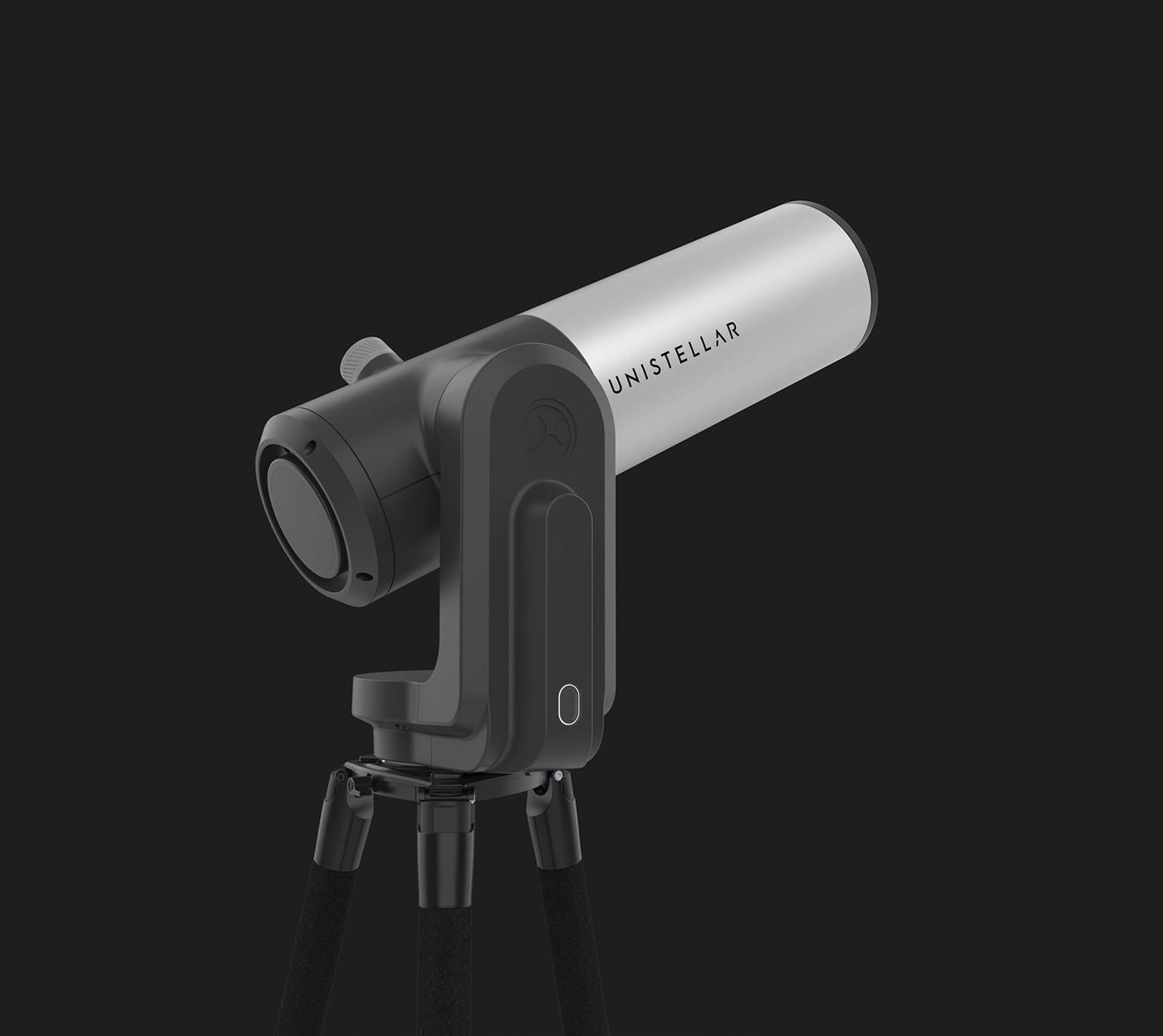 Unistellar is the start-up behind this user-friendly digital telescope. The eVscope’s light-amplification technology and autonomous field detection make it possible for anyone to observe galaxies, nebulae, and comets in crisp and colourful detail. In partnership with the SETI Institute, the telescope also allows its users to contribute to astronomical discoveries while observing the night sky.

The Unistellar team recently used an eVscope to identify the transit of two Jupiter-size planets in distant constellations: Osiris, known as HD 209458b, a gas giant 160 light-years from our Solar System; and WASP-43b, a “hot Jupiter” 280 light-years away. The Unistellar eVscope detected the small variation in light generated when these exoplanets traveled in front of their stars.

“Detecting transiting exoplanets with a worldwide array of these powerful backyard telescopes will generate invaluable astronomical data,” said Franck Marchis, senior astronomer at the SETI Institute and Unistellar’s Chief Scientific Officer. “With enough data points collected from coordinated observing campaigns using eVscopes, scientists will be able to refine the orbits of those new worlds, probe their surroundings, and detect tiny gravitational influences that indicate of the presence of a smaller nearby exoplanet in the same system.”

A single Unistellar eVscope was sufficient to make this detection. Soon, the company will start delivering more than 2,500 pre-ordered digital telescopes. This will create the world’s largest network of citizen astronomers, each of whom will be able to engage and collaborate with professional, amateur, and novice astronomers. Large worldwide observation campaigns—including institutional exoplanetary projects such as TESS, PLATO, and JWST—will also be part of this network.

“The Unistellar eVscope has demonstrated that it is both a breathtaking deep-sky observing device and a groundbreaking scientific tool,” said Laurent Marfisi, Unistellar’s CEO. “By proving that exoplanet detection is possible with our citizen astronomy network, we are getting closer to our goal of creating a new and unprecedented level of space exploration.”