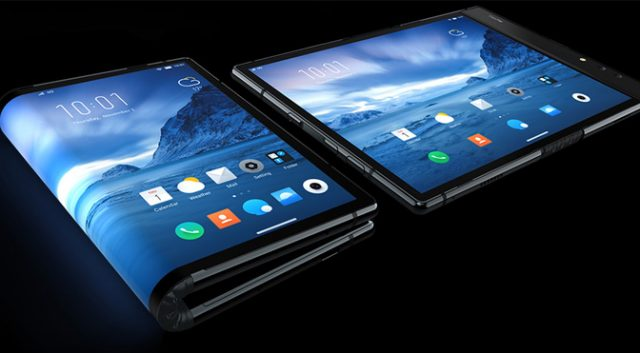 The FlexPai is the world’s first commercially-available, smartphone with a flexible screen. The device can be used either folded or unfolded, giving it the portability of a smartphone as well as the screen size of a high-definition tablet.

“The Royole FlexPai foldable smartphone provides mobile phone users with a revolutionary, different experience compared to traditional phones,” said Dr. Bill Liu, CEO of Royole. “It perfectly solves the contradiction between the high-definition large-screen experience and portability, which introduces a new dimension to the human-machine interface. The phone’s design will change the consumer electronics industry, as well as the way people interact with and perceive their world.”

says it is staying true to its mission of combining art and technology, the device is elegantly designed with multiple form factors. When unfolded, it supports split-screen mode and multi-tasking, as well as dragging-and-dropping resources across apps. This enables it to share the features of a and provides larger video-watching and gaming experiences.

When folded, the device supports dual screen mode on the front and back of the device. Users can also get notifications on the edge screen side bar, which can be used to manage calls, messages, and other apps that may disturb day-to-day usage.

The screen is one complete, fully flexible display. It has passed tests that bend and twist the device over 200 000 times. The device can also be folded at different angles. On the software side, its Android-based Water OS automatically adapts different viewing modes for different folding angles and user scenarios, such as taking photos, watching video, gaming, and more.

The device uses Qualcomm’s latest Snapdragon 8-series flagship System-on-Chip, which includes a powerful AI chip. Its camera set-up is made up of a 20-megapixel telephoto lens, and a 16-megapixel wide-angle lens. Fast-charge is powered by proprietary Ro-Charge technology, which delivers a speed increase of 40% compared to traditional charging. Other features include a MicroSD card expansion slot, fingerprint sensor, USB-C charging, and stereo speakers.

flexible displays are produced at the company’s new quasi-G6 mass production campus in Shenzhen, China. It is a 100% self-designed, R&D and manufacturing facility, with a total investment of around $1.7-billion and a claimed production capability of more than 50-million fully flexible display units per year.

CES: The car that walks