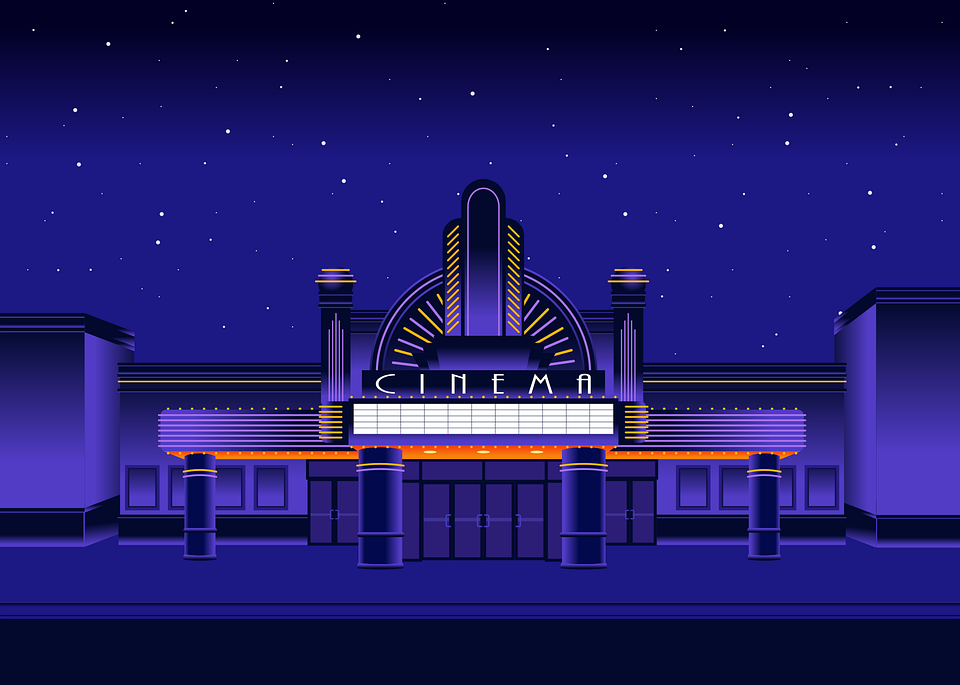 The 2010s saw African films make even more headlines at the world’s biggest festivals, from AFI to Berlin, Sundance to Toronto, earning Oscar and Golden Globe nominations along the way. As we prepare to enter the 2020s, Showmax has released a list of four global breakthroughs for SA film, which can be streamed during the holidays.

“I guess you think you know this story. You don’t. The real one’s much more gory.”

Like Dahl did, the animation has reimagined the familiar stories anew, structuring them around the friendship of the pistol-packing Red Riding Hood (BAFTA winner Rose Leslie from Game of Thronesand The Good Fight) and her resourceful best friend Snow White (Screen Actors Guild nominee Gemma Chan from Crazy Rich Asians and Captain Marvel). The Big Bad Wolf (Golden Globe nominee Dominic West from The Affair and The Wire), seven jockeys with gambling debts, and three property-developing pigs all feature, as does Cinderella’s fairy godmother, Jack and a beanstalk, and his nasty mother.

Triggerfish’s movies Adventures in Zambezia (2012) and Khumba(2013) became the most successful South African film exports in 30 years, translated into 27 languages, licensed in over 150 countries, and generating over R1 billion

Munki and Trunk (2016), produced from Cape Town by Sunrise, became a YouTube phenomenon, racking up over two million subscribers

With exclusive, behind-the-scenes access, Whispering Truth To Power charts the final year in office of South Africa’s public protectorThuli Madonsela as she attempts to seek justice for ordinary people.

After successfully challenging President Jacob Zuma for illegal use of state funds, Thuli now has to face the biggest challenge of her career: investigating – in the face of protests, death threats and legal challenges – the alleged systematic takeover of government by a private family in cahoots with the President.

Shameela Seedat’s directorial debut, Whispering Truth To Power won the Special Jury Prize at Hot Docs, North America’s most important documentary festival, for “its timely portrait of a bad-ass public servant who uses her office for good at a pivotal moment in South African politics.”

Stroop: Journey into the Rhino Horn War (2018) won 26 awards, including Best of Festival at The International Wildlife Film Festival 2019, and was shortlisted for the Presenter and Impact awards at Jackson Wild 2019, arguably the Oscars of the wildlife film world

Pascale Lamche won the Directing Award at Sundance for Winnie (2017), a documentary on one of the most misunderstood contemporary female political figures, Winnie Madikizela Mandela

Liyana (2017), a genre-defying documentary about a storytelling workshop with South African Gcina Mhlope and five children in the Kingdom of Eswatini, won 35 international awards

Directed by John Trengove, Inxebatells the story of Xolani (Nakhane), a lonely factory worker, who joins the men of his community in the mountains of the Eastern Cape to initiate a group of teenage boys into manhood. When a defiant initiate from the city discovers his best-kept secret, Xolani’s entire existence begins to unravel.

Inxeba is one of the most talked-about South African movies of the last decade. Local cinemas were forced to cancel screenings after death threats and protests about its depiction of the secret Xhosa initiation ritual, then the Film and Publications Board Tribunal reclassified it as pornography (it’s not) after complaints from traditionalists, essentially banning it from mainstream cinemas. The classification was later overturned in the North Gauteng High Court.

I-D Magazine called it “the most important LGBT film you will see in 2018… through the character of Xolani we are introduced to a world where homosexuality is still simply not an option.” The excessive protests against the film laid bare the rampant homophobia that remains in parts of South Africa.

In addition to a 90% critics rating on Rotten Tomatoes, Inxeba was Oscar-shortlisted and won over 25 international awards, including the Sutherland Award for best first feature at the London Film Festival, the Grand Jury Award at LA Outfest, and Best Actor for Nakhane at Palm Springs.

The feelgood Kenyan superhero film Supa Modo (2018) won over 50 international awards, including Best European Film For Children from the 2019 European Children’s Film Association Awards and a Children’s Jury Special Mention in the Generation 14Plus category at Berlin in 2018

Endgame, about the covert negotiations to end Apartheid, was nominated for a Golden Globe for Best Actor (Chiwetel Ejiofor) and an Emmy for Outstanding Made for Television Movie in 2010, among other honours

Stories of Our Lives (2014), an anthology of five short films about the queer experience in Kenya, won a Teddy Award at Berlin International Film Festival in 2015

Kanarie, Schalk Bezuidenhout’s breakout movie, was named one of Indiewire’s 14 Best LGBTQ International Films of 2018 and has a 100% critics rating on Rotten Tomatoes

Mzansi Magic’s first teen drama follows Winnie, Londi, Noxolo and Thishiwe as they pursue their dreams and form a bond that will not only push them over the edge, but also grow them in ways they never could have imagined.

As Winnie, Thuso Mbedu earned unprecedented back-to-back Best Actress nominations at the International Emmy Awards in 2017 and 2018. This helped land her a lead role in The Underground Railroad, an adaptation of Colson Whitehead’s Pulitzer Prize-winning novel, directed by Oscar winner Barry Jenkins (Moonlight, If Beale Street Could Talk).

Ramy (2019), about a first generation Egyptian-American who feels like an outsider in both New Jersey and Egypt, won the Audience Award at SXSW in 2019