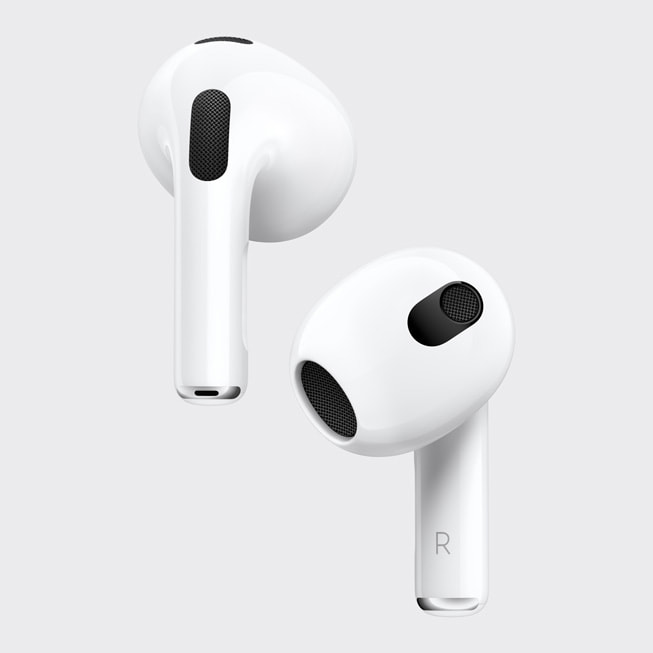 Apple took an innovative approach to its launch event last night, opening with PC Music founder A.G. Cook remixing Apple’s most popular sounds into a PC Music-style song. This set the tone for Apple’s music announcements of the night.

Music artists are also in for a huge boost in productivity with the new MacBook Pros.

Apple Music’s Zane Lowe introduced a cheaper plan for the music service, called Voice Plan, which lets users select music from the service’s music library through Siri and Siri alone. The rest of the Apple Music app will be limited until a user upgrades to a standard or family plan, but there are no ads in the plan. It also lacks Spatial Audio and Dolby Atmos playback, which is also available in the higher-tiered plans. The Voice Plan will launch in select regions (South Africa isn’t on the list yet) at $5 per month, which is half the price of the standard plan.

The new AirPods have arrived, and they look more like the AirPods Pro now, without the squishy bit at the bottom. Apple says they’ll fit better in one’s ear canal to enable a better audio playback experience, and they’re IPX4 rated for sweat and water resistance. They also have Spatial Audio support, to enable a surround sound experience as one tilts one’s head. They come with the larger AirPods Pro case and can charge wirelessly and magnetically with MagSafe iPhone accessories. Whether they can be charged by an iPhone was not revealed at last night’s event. The new AirPods cost $179 and will be available in the US on 26 October. South African availability and pricing have not yet been revealed.

Finally, the HomePod mini got a cosmetic change with three new colours: yellow, orange, and blue, in addition to white and space grey. Otherwise, the internals are the same as last year’s editions, and the original HomePod minis are still not available in South Africa. In the US, they retail for $99 and will be available in November.