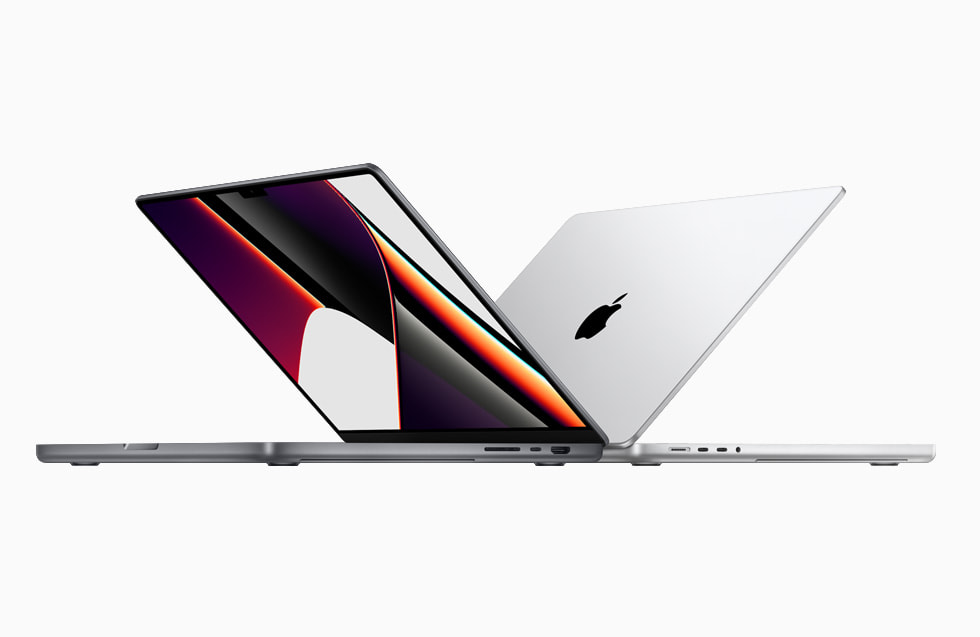 It’s an exciting time for the Mac in its post-x86 processor era. At Apple’s Mac event held online last night, it released two new updates to the popular M1 chip lineup: The M1 Pro and M1 Max. The processors are focused on content creators like photographers, video editors, and music artists. Apple says the M1 Pro offers 70% faster performance than the original M1, and the M1 Max provides 70% faster performance than the M1 Pro.

These processors will feature first on the MacBook Pro 14” and 16” models, with the M1 Max being launched exclusively on the 16” variant (according to Apple’s website pre-order list).

Apple walked back on a few clumsy omissions it made with late-2020s MacBook Pros: it reintroduced MagSafe charging, a full-sized SD card slot, and an HDMI port on the machine. It also completely dropped the touch bar, in favour of larger, full-sized function keys. These were the main complaints of content creators, especially photographers and videographers, who need SD card slots on their computers to transfer content from their cameras to their computers.

The screen also got a big update — and a notch where it makes sense. The camera notch on the new MacBook Pros fits in with the top menu bar, which is often blank and unused. The new notch houses a 1080p camera and there are six studio mics in the body of the laptop, making it eminently suitable for remote work. This notch enables the screen bezel to get thinner, while giving content more space to fill the screen. For this reason, the 16” and 14” panels measure in at 16.2” and 14.2” respectively, while fitting in the same 16” and 14” chassis size.

The screens themselves are the same Liquid Retina XDR panels as on the iPad Pro and iMac, which can deliver up to 1,000 nits of sustained brightness, 1,600 nits of peak brightness, and a 1,000,000:1 contrast ratio. It’s Apple’s first laptop to feature a 120Hz refresh rate, which is also dynamic to conserve power when doing actions like reading or document editing.

Under the hood, the M1 Pro upgrades the ARM architecture of the M1. It features a powerful 10-core CPU with eight high-performance cores and two high-efficiency cores, along with a 16-core GPU, which translates to up to 70% faster CPU performance than M1, and up to 2x faster GPU performance. The chip also delivers up to 200GB/s of memory bandwidth — nearly 3x the bandwidth of M1 — and supports up to 32GB of unified memory. For video editors, it adds a ProRes accelerator in the media engine, delivering fast and power-efficient video processing.

For those who need an extra boost, the M1 Max builds on the M1 Pro. It features the same powerful 10-core CPU as M1 Pro, and doubles the GPU with up to 32 cores for up to 4x faster GPU performance than M1. It also has up to 400GB/s of memory bandwidth — 2x that of M1 Pro and nearly 6x that of M1 — and up to 64GB of fast unified memory.

Who would use this? Game developers and 3D artists, who want to work with extreme geometry and textures in scenes that even some pro PC laptops can’t run. For video editors, it features two ProRes accelerators for even higher multi-stream performance. As a result, pros can edit up to 30 streams of 4K ProRes video or up to seven streams of 8K ProRes video in Final Cut Pro — more streams than on a 28-core Mac Pro with Afterburner. And for the first time on any Mac, video editors can grade colour in HDR on 8K ProRes 4444 video on battery.

Since it’s M1, it can also scale down its processing power with simpler tasks like email, web browsing, and video playback, which all helps to save battery.