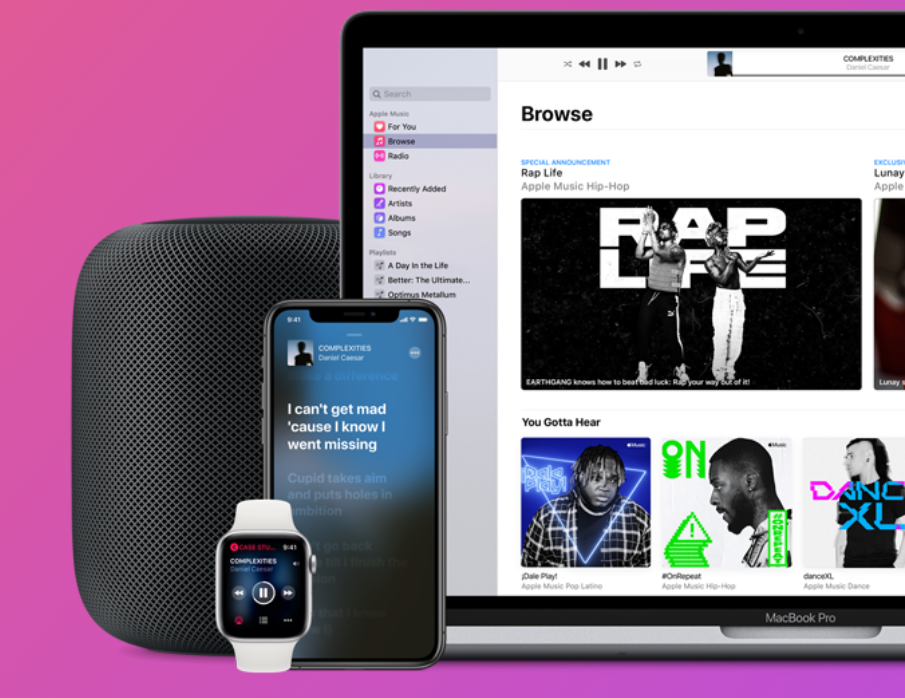 Apple’s music streaming service, Apple Music, has received a facelift on the various platforms. The company says it has amassed around 60-million subscriptions to its paid-only service, which comes preloaded on most Apple devices. From smartphones to TV, we took a deep dive into the service to shell out the best new features from the platform.

1. Sing along to the music – with the right words

With its latest update, Apple has introduced a lyric scrolling mode which highlights the line in the song where the artist is singing or speaking. It features the lyrics on a dynamic background, that’s based on the album art of the song and pulses or moves around to the music. The coolest part about this one can scroll through the lyrics and tap a lyric to be taken to that part of the song. This feature can be activated by tapping the quotation bubble in the bottom left corner of the Now Playing page.

There is a clear distinction between what you like and what others think you like. That’s why the Apple Music app makes a clear distinction between what you have and what you like. Under the Library tab is where the music one has saved lives, while next door, the For You tab holds a daily update of one’s music tastes and listening habits. This includes personalised weekly mixes, what friends are listening to, what’s happening in spaces from genres the user listens to, and new releases from artists that the user listens to.

Apple has also confirmed that the personalised mixes aren’t simply thrown together, but rather crafted by how the songs go together based on how editors have selected songs to go together.

3. Radio stations are a tap away

Apple hosts many radio shows on its platforms, with hosts like DJ Khaled, Nicki Minaj, and The Weeknd. One of the most popular radio stations on the platform, Beats 1 Radio, frequently features prominent guest artists like Taylor Swift, Alicia Keys, and Tame Impala.

This is a hidden gem if you like hearing your favourite artist discuss the latest topics in between songs. If those artists aren’t to your taste, try making your own station by starting a song you like, tapping the three dots next to the song title and selecting Create Station.

Local radio stations like 947, Jacaranda FM, and East Coast Radio are also available to those who prefer a more traditional radio sound. Keep in mind that this is streamed over the Internet, so charges may apply.

4. Find that song – even after it’s done

Hearing a new hit that resonates with you is special. But what if you don’t have the Shazam app? Just ask Siri. Apple acquired Shazam just over a year ago, and has since integrated the functionality into iOS. Now, users can either open the Shazam app to identify the song, or say “Hey Siri, what’s this song?” to identify songs without the app. For all platforms, one can type in a line from the lyrics of the song into the search bar of the Apple Music app to find the song.

The Apple Music product transcends the Apple ecosystem and works with Android Auto, Chromecast, and in any web browser. Users of Apple Music for Android can enjoy a similar ‘plug n play’ experience when connecting to their Android Auto enabled cars. Catering to those outside of the Apple ecosystem, Apple Music for Android can also cast to Chromecast to play music to their TV and/or sound system, wirelessly. Those who can’t install additional software to their computers can still use Apple Music through the web by pointing their browser to https://beta.music.apple.com/.

With all these additional new platforms, Apple Music is quickly becoming ubiquitous among devices on the market.

Take two pills and see me in the future