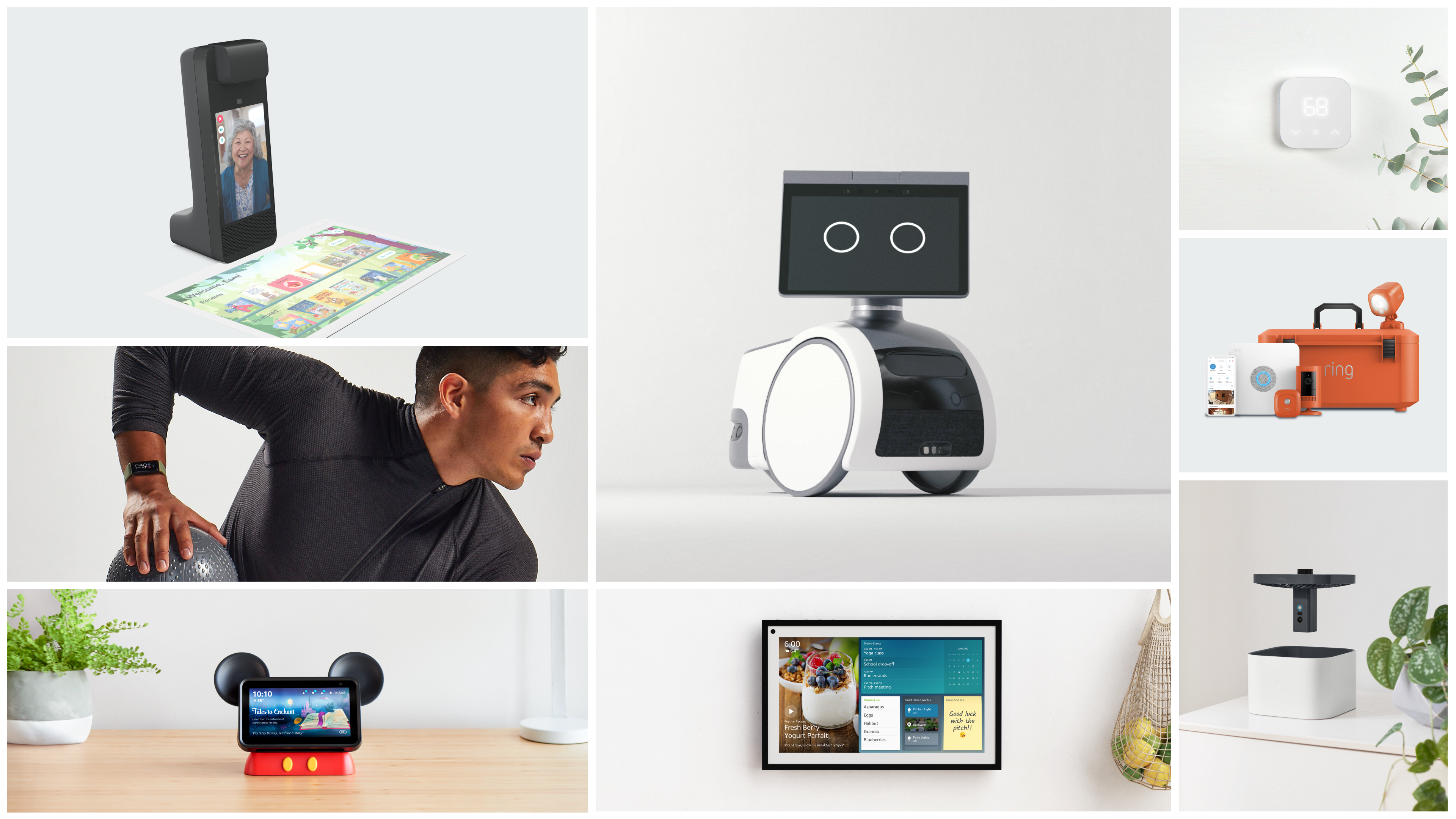 Amazon’s new Astro robot, which many are calling “Alexa-on-wheels”, debuted at the event. Astro has a rotating screen, rides around on wheels, and features animated eyes that can respond to user interaction. The robot can also move from room to room while avoiding obstacles inside the home. It will have most of the capabilities of the Echo Show but will function more as a dynamic assistant than a static device. It will also integrate into Amazon’s Ring ecosystem to enable a “live view” feature, which shows users who’s at the door. The initial price starts at $999 for “Day One” users but will be $1 449 for the rest of us.

To pair with it, the company also released the Ring Always Home Cam – an indoor drone that can monitor any room in the house on command. It can only fly pre-programmed routes indoors, so users can’t take it flying in the park. The video feed starts when the drone is in flight (because its camera lens is blocked while it’s at its base station) and it makes an audible hum while flying to alert anyone around that it’s in use. There is no price tag yet, but it is available for purchase on an invite-only basis.

Amazon may have just undercut the market with its latest Smart Thermostat for $60. This is half the cost of the cheapest Nest thermostat. The smart thermostat was developed in partnership with Honeywell and Resideo.

When one thinks of Amazon’s doorbells, it’s usually Ring – but Amazon also owns Blink. The Blink range of smart doorbells is the more affordable version, and a new 1080p smart doorbell is selling for $50. It also comes with accessories like a $40 floodlight and $50 solar panel mount.

A new wall-mounted 15.6” version of the Echo Show looks like a framed picture. It provides access to reminders, calendars, and security cameras, accessed either via Alexa voice commands or the touch screen. The device will cost $250.

An interesting new tablet form factor comes with the Amazon Glow: an 8” tablet with a built-in projector. The projector comes with a touch-sensitive surface for interactions with games. It can also do multiplayer games over video calls, where someone on the other end can play along with the projected game while they see each other on the main screen. Amazon says it is working on games in partnership with Disney, Mattel and Nickelodeon. The device will cost $299.

Alexa can now be trained with custom noises. From recognising fire alarm sounds to the beeping of a fridge being left open, the smart assistant can let users know what’s going on at home.

Following Amazon’s Halo activity band launched last year, it made an aggressive push this year with a redesigned wearable that looks more like a device from Fitbit or Samsung. The new Amazon Halo View is a waterproof fitness tracker with an AMOLED touchscreen, retailing for $80. It also comes with software services, like Apple Fitness+ and Fitbit Premium, to help users on their fitness journey.

A new Ring hardware kit has been released for construction and contractor job sites, which can help monitor if gates are open or closed, and if unauthorised people are on site. It’s built to be mobile, all the accessories are orange, and it comes with an orange case.

Clearly, Amazon is not happy with mainly selling other manufacturers’ gadgets.

There’s a new Surface in town