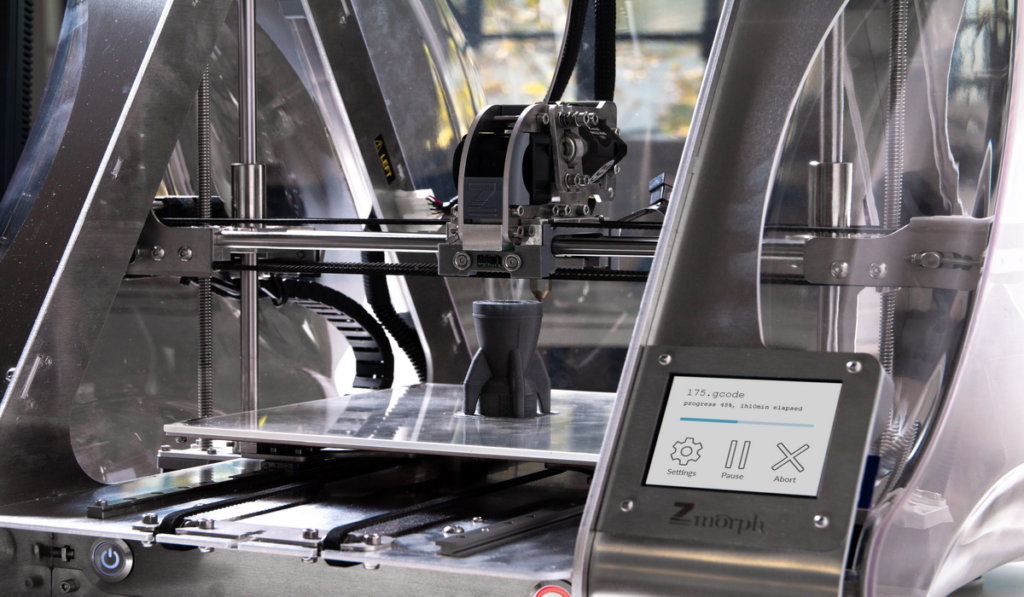 3D printing is increasingly being used in homes, schools, libraries and other spaces where people commonly spend a lot of time. The particles released during the printing process, which are small enough to infiltrate deep into the lungs, can affect indoor air quality and public health.

The wide use of 3D printers to manufacture face shields, respirators and other personal protective equipment for Covid-19 has created a new urgency on these questions.

The base materials used in 3D printers include thermoplastics, metals, nanomaterials, polymers and volatile and semi volatile organic chemicals. The printing process may take several hours, and during this time a range of chemical by-products and particulates may be released into indoor environments.

A study conducted by Dr Yong Qian of the National Institute for Occupational Safety and Health (NIOSH) evaluated the potential toxicity of ABS emissions generated during 3D printing by examining human lung cells and rats exposed via inhalation. The study, Acrylonitrile butadiene styrene (ABS) printer emission induced in vitro and in vivo toxicity, revealed that the emitted particles cause moderate toxicity in human lung cells and minimal toxicity in rats.

A presentation called Recent 3D printing emissions research at Environmental Protection Agency (EPA) reviewed two recent studies from the EPA; the first analysed emissions from a 3D printer filament extruder (a device used to create 3D printer filaments) in a laboratory setting, and the second used a simulation model to predict the number of particles deposited at specific locations in the respiratory tract, and how that pattern changes for individuals of different ages, when using a 3D printer.

The studies found that the filament extruder released amounts of small particles and vapors similar to those found in studies of 3D printers, and the simulation model predicted higher deposition of particle mass per surface area in the pulmonary region for individuals ages nine and younger.  Further testing of emission profiles with additional simulation studies to predict inhaled dose are needed.

While 3D printing makes numerous products more readily available, and at cheaper costs, they do contribute to the mass of plastic products polluting the planet. Joana Marie Sipe of Duke University has developed a machine that can measure how much a plastic product, like a water bottle, can break down through rubbing and sanding during use and in the environment. The plastic particles were then fed to fish to see the effects that the nanoparticles in the plastic had on their organs.

The study, NanoPHEAT: Forecasting nanocomposite consumer product’s release, exposure, and toxic effects of nanomaterials (MWCNT and Ag NPs), reveals that when plastics breakdown, the nanomaterials that were incorporated and thought to be biologically unavailable become exposed to the environment. The researchers were able to predict the percentage of nanoparticles that came out of the plastic when they were eaten by the fish, providing a Matrix Release Factor (MRF) which could be used to find out the quantity of plastic and nanoparticles that are released when someone chews a product or when it breaks down in the ocean.

“This research can help set regulations on how much nanomaterial fillers can be added to particular consumer products, based on their MRF value,” sayses Sipe. “The data can help determine how much plastic and/or nano-filled products release contaminants into the environment or the human body.”

Continue Reading
You may also like...
Related Topics:3d printing, featured