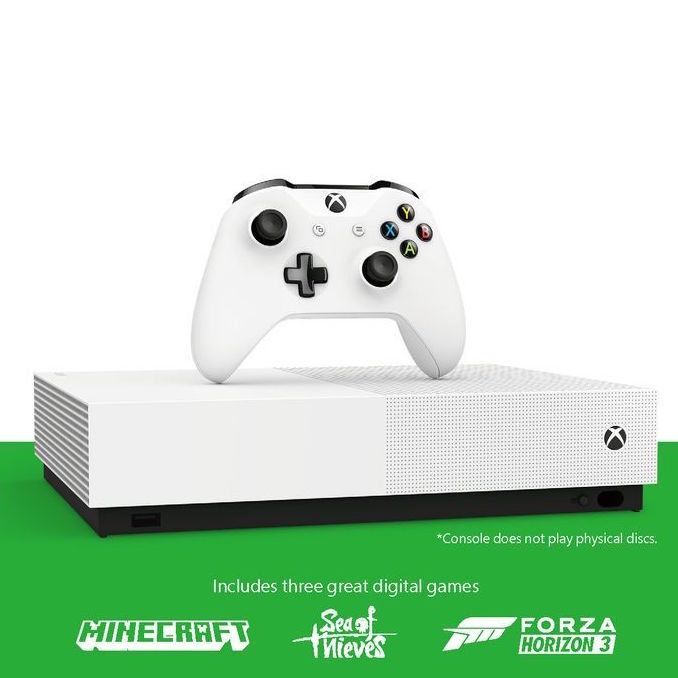 In efforts to make gamers ditch the discs, Microsoft’s Xbox One S All-Digital Edition is being sold with the premise of building a library of digital games in the cloud. This way, players can take their cloud saves on the go, and enjoy the ability to preorder and pre-install upcoming games so they’re ready to play the moment they launch. The console comes with three games preinstalled: Minecraft, Sea of Thieves, and Forza Horizon 3.

The Xbox Game Pass subscription allows for a Netflix-style of gaming, where one can play games from a large library of games for as long as one has an active subscription. This seems to be a response to Google Stadia’s gaming platform.

Apart from the disc drive, it comes with all the features of the original Xbox One S, including 4K gaming, HDR support, Dolby Atmos spatial audio output, and a 1TB hard drive.

The console will launch on 7 May and is available for preorder now on Microsoft’s website. The recommended retail price is $250 in the US, while local pricing and available has yet to be announced.