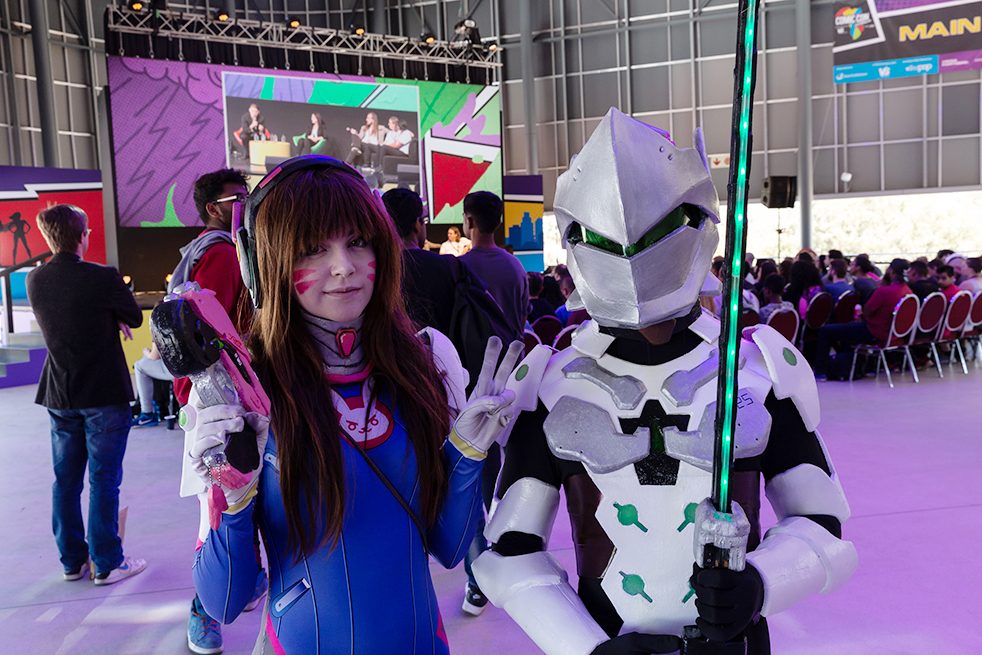 The number of local artists who contribute to the international success of the comic book industry is on the rise: Reed Exhibitions Africa and ReedPOP have announced six of these artists have been added to the list of guests at Comic Con Africa running from September 21 to 24.

Jason Masters, who began his career in commercial advertising, went on to work as a professional comic book artist for DC, Marvel, and Dynamite Comics. His early work includes Human Target and Red, a comic series penned by Warren Ellis, for Wildstorm Studios, an imprint of DC. He worked on various Batman titles, including Legends of the Dark Knight, and for Marvel he has worked on Guardians of the Galaxy, Wolverine and X-Men. In 2015, he was handpicked by comic legend Warren Ellis to handle the artwork as the ongoing series artist on Dynamite’s high-profile relaunch of the James Bond comic book, which was the first new 007 comic series in over 20 years.

Sean Izaakse is a freelance illustrator and comic artist who has worked on comics such as Pathfinder (Dynamite Entertainment), The Thunderbolts, Avengers, Deadpool, The Uncanny Avengers and, more recently, on the epic Avengers No Road Home series, for Marvel, Sean is also an artist, and along with writer Vito Delsante, the co-creator of the series Stray (Action Lab Entertainment).

Clyde Beech is a Cape Town-born visual artist and designer, who grew up with adverse circumstances in the Cape Flats, but was driven and motivated to reach his dream of becoming a professional artist. Specialising in comic book art and sequential storytelling, he works as an art director, illustrator, digital painter, concept artist and colour art specialist. Clyde has worked on and helped develop some of the top comic books in the country, such as South Africa’s favourite superhero comic, Kwezi, as well as the widely distributed and longstanding soccer comic, Supa Strikas. He’s had a brief stint in 2D animation as a background and texture artist working on shows for both Disney Junior UK and Cookie Jar Entertainment Canada.

Joining them at the event is Loyiso Mkize, a South African visual artist, who has worked as head illustrator for the South African soccer comic series Supa Strikas as well as on projects like the Archie comics. He did this while maintaining a growing career in the fine arts, where he has had five solo and six group exhibitions on platforms like FNB Art Fair in Johannesburg and Art Basel in Miami. Loyiso was commissioned by Disney to create a Black Panther celebratory artwork for the premiere screening in Johannesburg.

Bill Masuku, a comic book artist and writer from Harare in Zimbabwe, is the founder of Enigma Comix Africa as well as the creator of Razor-Man, which has gained him growing acclaim, and Captain South Africa.

Moray Rhoda, a well-known comic book creator in South Africa, spends his days developing new talent as the Head of Animation at CityVarsity in Cape Town. Moray, as part of team Velocity, hosted the first SA comic panel at San Diego Comic Con in 2013 and a follow up panel in 2014.

All the artists will be found at the Artist Alley across all four days of Comic Con Africa. For more information about Comic Con Africa 2019, which takes place at Gallagher Convention Centre between 21 and 24 September, visit: https://www.comicconafrica.co.za/en.html

To stand a chance of winning one of 5 double tickets to attend on Tuesday 24 September, visit @GadgetZA on Twitter.