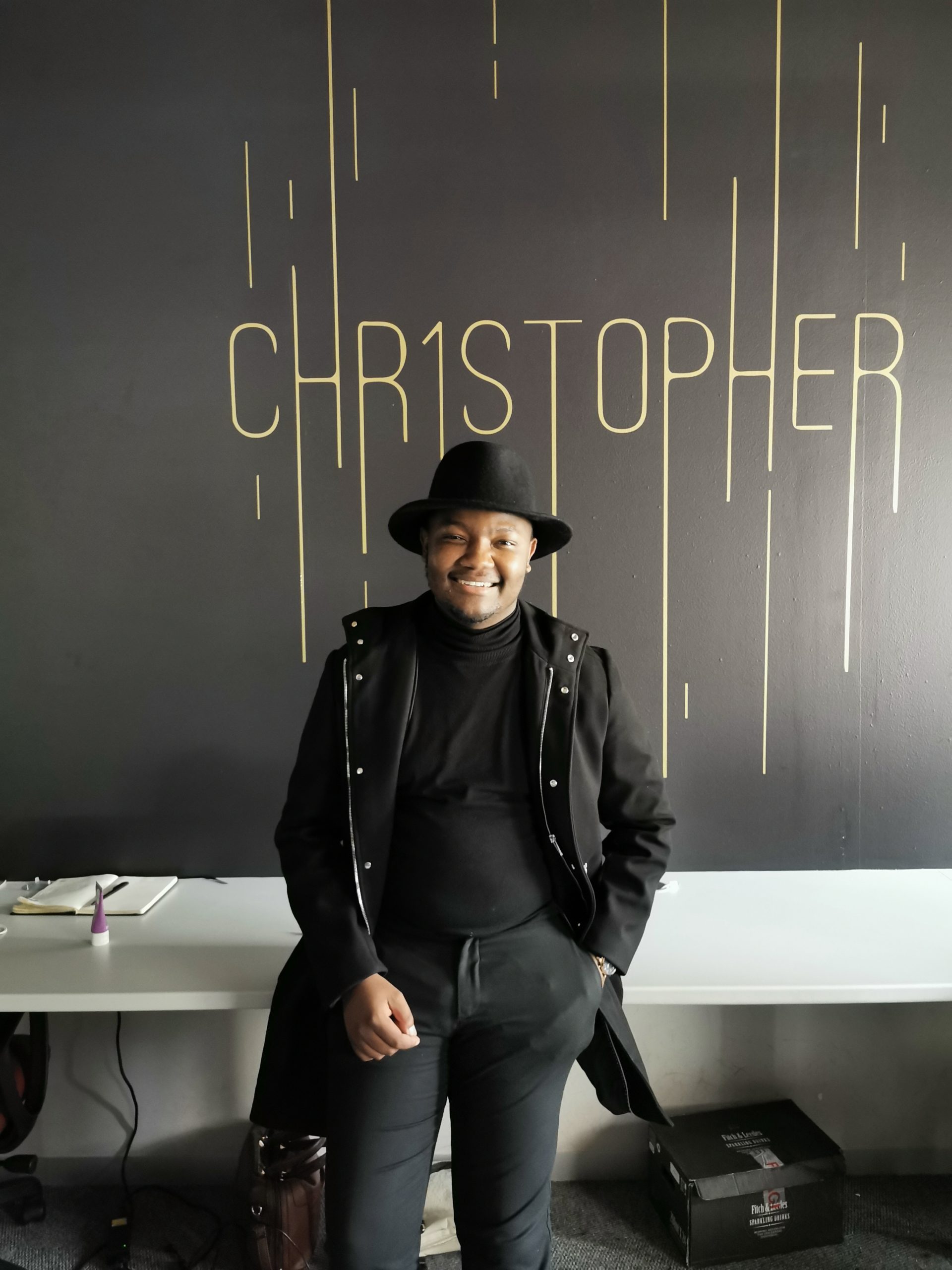 You can’t miss The Commodore. Dressed in black, from his hat to his shoes, he stands out in any crowd. But he is no fashion celebrity.

His real name is Tokologo Phetla, and he is a rare breed in South Africa: an entrepreneur in the field of artificial intelligence (AI).

He has developed an artificial intelligence software system, which he named Christopher, in honour of the machine developed by legendary computer scientist Alan Turing during the Second World War to crack the German encryption machine, Enigma. Chistopher is the heart of a company called Christopher Africa, which helps brands grow through AI.

The Commodore as a character hasn’t been around for long, but its roots go back to when Tokologo was still in school, finding his way around computers.

“I was always interested in tech and I started teaching myself code when I was very young,” he says. “My first exposure to a computer was when I was seven years old and I started fiddling with it. As I went to high school, I heard this narrative that Africa is the dark continent, especially in history class, and I never liked it.

“I started looking into why it would be called the dark continent. It was mainly issues around no connectivity and no developing technologies.  I decided that, well, I’m going to develop something that will be globally competitive and exportable.”

“I told myself, before I leave high school, I need to start this thing. Social media was on the rise, there was a major adoption of Facebook and all these platforms, and I saw there was a lot of content. I thought to myself, why not develop something that can analyse what these people are saying, because I never understood what they’re saying. There’s a buzz on social, but what are they doing on social media? So I started developing it, and I first trialled it on a girl I had a crush on,  to check out her interests. I was only 16 at the time!”

At the time, it was a “mere” web-scraping tool, triggered by keywords. He was able to pick up the most common keywords associated with a profile, and get a clear picture of a person’s interests. He gradually added other features, like aggregating keywords and applying it to Instagram, Facebook and Twitter.

His big breakthrough came in 2011 when he won a United Nations competition and was incited to speak at the UN General Assembly. He spoke about technology in Africa but, more importantly, he met AI specialists who shared his world view.

He travelled to the USA several times, refining his knowledge of AI – and that was before he had even got to university in 2015. While studying, he barely attended classes, and worked full-time on his concept, continually getting feedback from his network of connections. The hard work paid off: he won a hackathon sponsored by the Department of Trade and Industry and the Department of Science and Technology, and was awarded grant funding.

His first customer was also in government: the Department of Health, signed up at the end of 2017 for a “social listening” project, monitoring what the public was saying about hospitals. Next was local government and, finally, the first commercial brand, Debonairs. It brought him to the attention of Ken Varejes, founder and CEO of the Nfinity Media communications group.

Within a year of running that first project on hospitals, his business, now called Christopher Africa, was acquired by Nfinity. It now shares offices in Sandton with a group of equally cool media and marketing companies, like the Nfluential, AdColony and Whizzky.

The Commodore came later, inspired by the industrial titans who pioneered shipping, railways and oil in the United States. One of them, Cornelius Vanderbilt, known as The Commodore, was an inspiration for Tokologo.

“He was partly responsible for starting the American industrial era. So when I was when I was about to launch Christopher Africa, most of my friends saw me as a young South African who was launching a new industrial era, and they started calling me Commodore. It was just a joke.  And then I went to Cape Town with two of my friends to reflect on how far we’ve come and what are we doing. We found this hate, and again we thought we were joking and said let’s see how it sticks, and it’s sticking!”

Read more about how The Commodore was born, on the next page.

Continue Reading
You may also like...
Related Topics:Arthur Goldstuck, featured