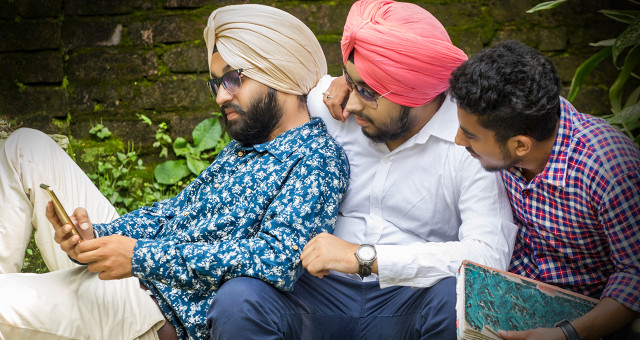 Smartphone users – especially those who use social media – say they are more regularly exposed to people who have different backgrounds. They are also more connected with friends they don’t see in person, a Pew Research Center survey of adults in 11 emerging economies finds.

South Africa, included in the study, has among the most consistent levels of connection across age groups and education levels and in terms of cross-cultural connections. This suggests both that smartphones have had a greater democratisation impact in South Africa, but also that the country is more geared to diversity than most others. Of 11 countries surveyed, it has the second-lowest spread between those using smartphones and those not using them in terms of exposure to other religious groups.

Across every country surveyed, those who use smartphones are more likely than those who use less sophisticated phones or no phones at all to regularly interact with people from different religious groups. In most countries, people with smartphones also tend to be more likely to interact regularly with people from different political parties, income levels and racial or ethnic backgrounds.

These results do not show with certainty that smartphones or social media are the cause of people feeling like they have more diverse networks. For example, those who have resources to buy and maintain a smartphone are likely to differ in many key ways from those who don’t, and it could be that some combination of those differences drives this phenomenon. Still, statistical modelling indicates that smartphone and social media use are independent predictors of greater social network diversity when other factors such as age, education and sex are held constant.

Other key findings in the report include:

These findings are drawn from a Pew Research Center survey conducted among 28,122 adults in 11 countries from Sept. 7 to Dec. 7, 2018. In addition to the survey, the Center conducted focus groups with participants in Kenya, Mexico, the Philippines and Tunisia in March 2018, and their comments are included throughout the report.

Read the full report at https://www.pewinternet.org/2019/08/22/in-emerging-economies-smartphone-and-social-media-users-have-broader-social-networks.

Nokia to be first with Android 10