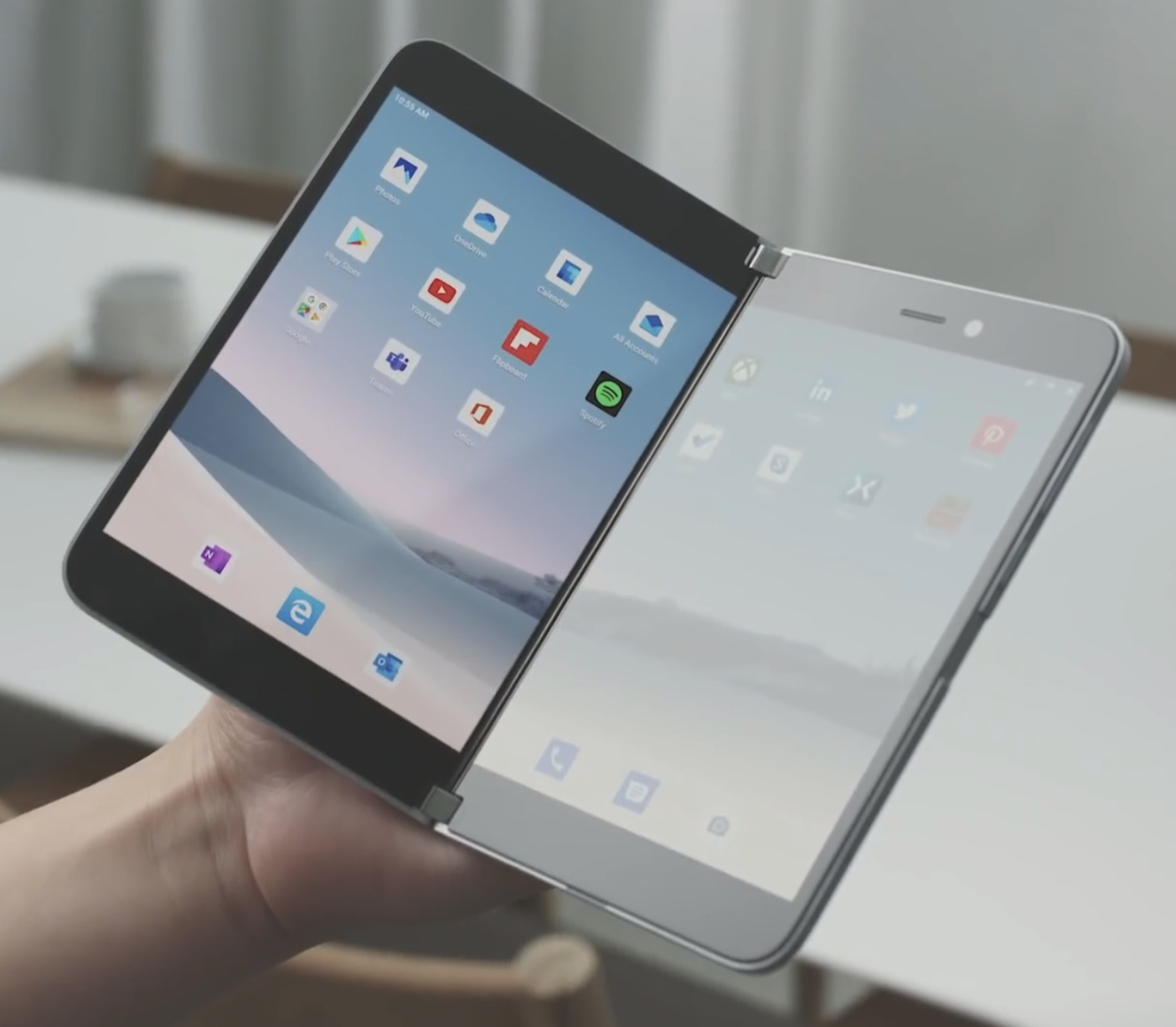 Microsoft has entered the foldable race with a different type of foldable called the Surface Duo. It is a pocket sized Windows device that folds like a 360 degree computer and features two screens.

We’ve called it “foldable-like”, because other manufacturers have made screens that actually fold, while this device features two distinct screens with a very small bezel between them. One can think of it as a small laptop that has replaced the keyboard and trackpad with another screen. This approach may just be the most cost-effective approach to getting users on-board with foldable at the right price.

Microsoft says it will be able to run Windows apps as well as Android apps. Its form factor is 5.6-inches per screen, which can be folded back into a one-screen configuration. When fully opened, it becomes an 8.3-inch Windows tablet with multitasking on each screen. The hinge allows it to act like a laptop with a virtual keyboard, or as a stand for watching videos or multitasking. For those who want to take notes, it also supports the Surface Pen stylus.

It will run a new type of Windows 10, called Windows 10X, which is specifically designed for this new category of dual-screen, touch-enabled PC.

Watch the launch video below to see how this device looks and feels in the various configurations.