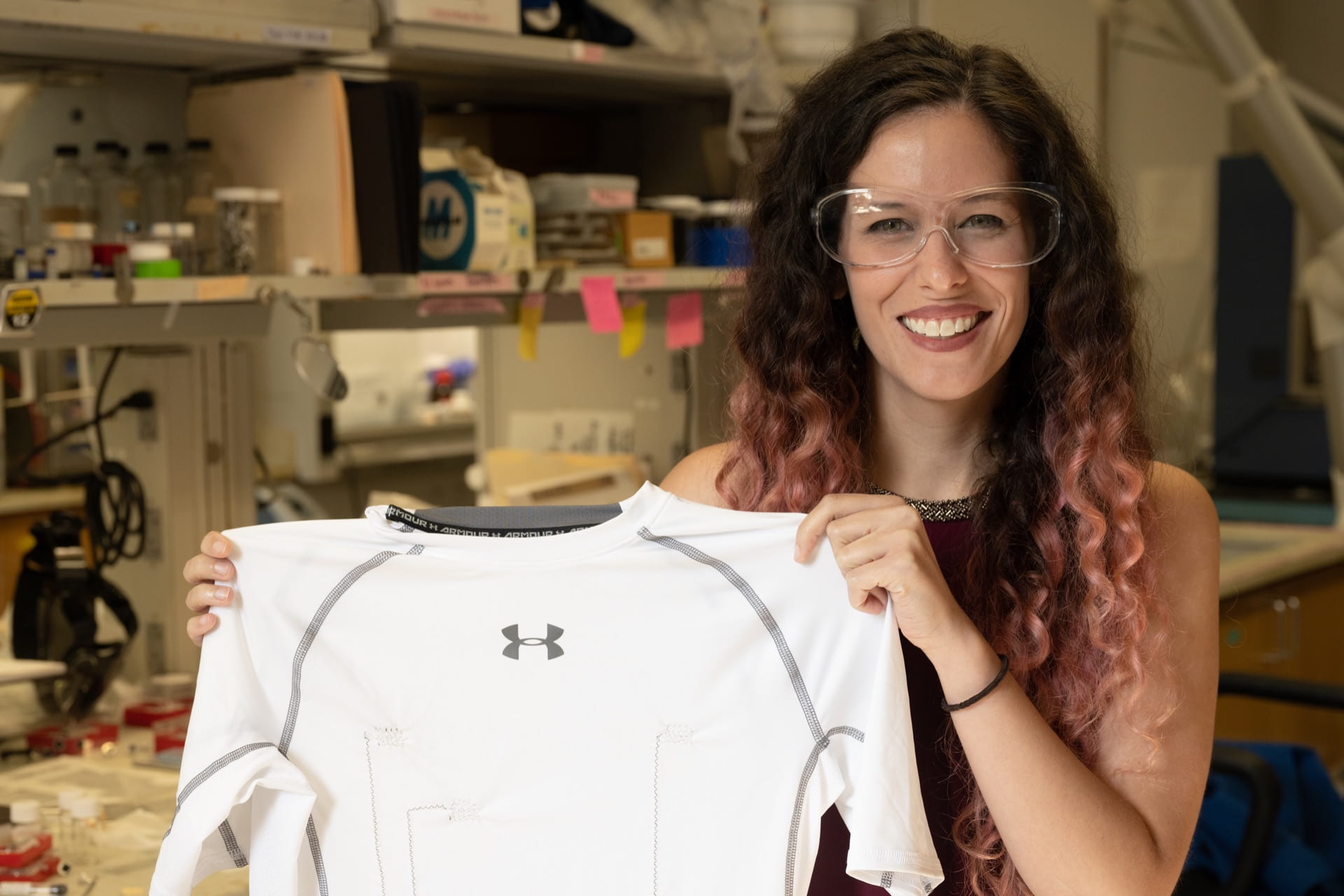 There’s no need to don uncomfortable smartwatches or chest straps to monitor your heart if your comfy shirt can do a better job.

That’s the idea behind “smart clothing” developed by a Rice University lab, which employed its conductive nanotube thread to weave functionality into regular apparel.

The Brown School of Engineering lab of chemical and biomolecular engineer Matteo Pasquali reported in the American Chemical Society journal Nano Letters that it sewed nanotube fibres into athletic wear to monitor the heart rate and take a continual electrocardiogram (EKG) of the wearer.

The fibres are just as conductive as metal wires, but washable, comfortable and far less likely to break when a body is in motion, according to the researchers.

On the whole, the shirt they enhanced was better at gathering data than a standard chest-strap monitor taking live measurements during experiments. When matched with commercial medical electrode monitors, the carbon nanotube shirt gave slightly better EKGs.

“The shirt has to be snug against the chest,” says Rice graduate student Lauren Taylor, lead author of the study. “In future studies, we will focus on using denser patches of carbon nanotube threads so there’s more surface area to contact the skin.”

“We worked with somebody who sells little machines designed to make ropes for model ships,” says Taylor, who at first tried to weave the thread by hand, with limited success. “He was able to make us a medium-scale device that does the same.”

She said the zigzag pattern can be adjusted to account for how much a shirt or other fabric is likely to stretch. Taylor said the team is working with Dr. Mehdi Razavi and his colleagues at the Texas Heart Institute to figure out how to maximize contact with the skin.

Fibers woven into fabric can also be used to embed antennas or LEDs, according to the researchers. Minor modifications to the fibers’ geometry and associated electronics could eventually allow clothing to monitor vital signs, force exertion or respiratory rate.

Taylor noted other potential uses could include human-machine interfaces for automobiles or soft robotics, or as antennas, health monitors and ballistic protection in military uniforms. “We demonstrated with a collaborator a few years ago that carbon nanotube fibers are better at dissipating energy on a per-weight basis than Kevlar, and that was without some of the gains that we’ve had since in tensile strength,” she says.

“We see that, after two decades of development in labs worldwide, this material works in more and more applications,” Pasquali says. “Because of the combination of conductivity, good contact with the skin, biocompatibility and softness, carbon nanotube threads are a natural component for wearables.”

He said the wearable market, although relatively small, could be an entry point for a new generation of sustainable materials that can be derived from hydrocarbons via direct splitting, a process that also produces clean hydrogen. Development of such materials is a focus of the Carbon Hub.

“We’re in the same situation as solar cells were a few decades ago,” Pasquali says. “We need application leaders that can provide a pull for scaling up production and increasing efficiency.”

Co-authors of the paper are Rice graduate students Steven Williams and Oliver Dewey, and alumni J. Stephen Yan, now at Boston Consulting Group, and Flavia Vitale, an assistant professor of neurology at the University of Pennsylvania. Pasquali is director of the Carbon Hub and the A.J. Hartsook Professor of Chemical and Biomolecular Engineering and a professor of chemistry and of materials science and nanoengineering.