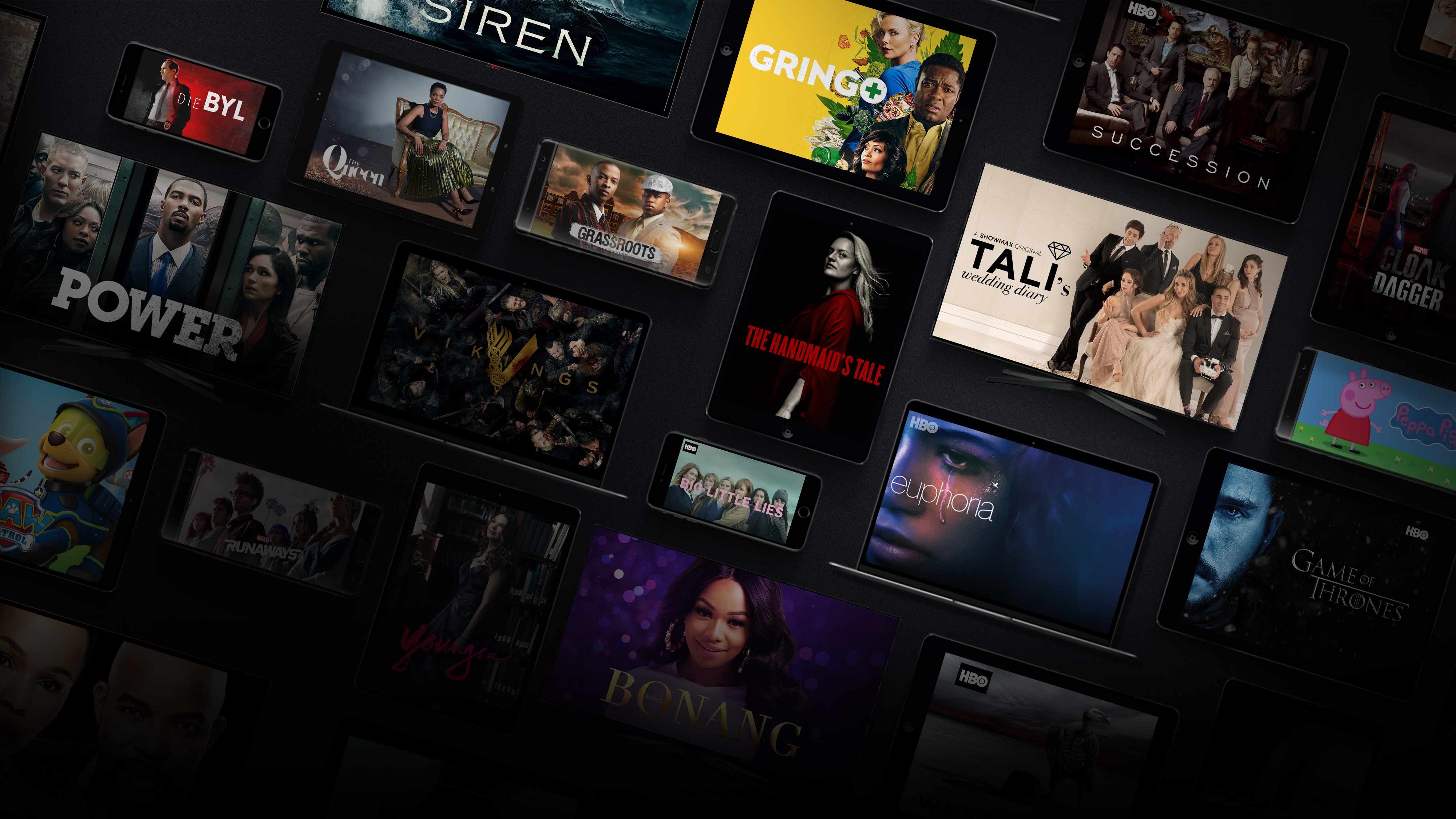 In its Best of 2019 list, Showmax has revealed 10 hits from Africa and its diaspora that made waves internationally this year:

Jo (Stycie Waweru) is a witty nine-year-old obsessed with Jackie Chan movies. She’s also terminally ill. When she is taken back to her rural village to live out the rest of her short life, her only comfort is her dream of being a superhero – a dream her rebellious teenage sister Mwix (Nyawara Ndambia), overprotective mother Kathryn (Marrianne Nungo) and the entire village of Maweni think they can fulfil…

Directed by Kenyan Likarion Wainana and produced by Tom Tykwer (Run Lola Run, Perfume, Babylon Berlin), Supa Modo has a 100% critics rating on Rotten Tomatoes:Variety called it “a tender, bittersweet fable,” while The Seattle Times wrote, “I’m glad movie theatres are dark because I ugly-cried my way through all 74 minutes of Supa Modo. I straight-up bawled my eyes out… Brutal and beautiful, melancholy and joyous, Supa Modo is simultaneously crushing and uplifting.”

Ramy Hassan (stand-up comedian Ramy Youssef) is a first generation Egyptian-American in politically-divided New Jersey, where he’s caught between a Muslim community that thinks life is a moral test and a millennial generation that thinks life has no consequences.

The breakout diaspora series ends in Egypt, but as Youssef says, “There’s this narrative that comes from certain places in America: ‘Go back where you came from; that’s where you belong.’ Sometimes you have this idea of, you know, ‘What if I went back there? Everything would make sense.’ And it doesn’t.”

Ramy was hailed by The New York Times as “a quietly revolutionary comedy,” “generous, profound… a must-see new sitcom” by Entertainment Weekly and “an essential voice for millennial TV” by Wired.

1Magic’s thrill-a-minute telenovela The River sees two different but interdependent worlds collide in spectacular fashion. One side of the river is home to exquisite mansions populated by society’s upper crust, who will go to any lengths to maintain their wealth; the other by those who have little to show for their hard work.

At the 2019 SAFTAs, Moshidi Motshegwa won Best Actress as Malefu; Presley Chweneyagae won Best Actor as Cobra; and Lawrence Maleka won Best Supporting Actor as Zolani. Other stars include Sindi Dlathu, Hlomla Dandala, Don Mlangeni and newcomer Larona Moagi. Just be warned: the body count is high in this one, so don’t get too attached to anyone…

Zog is the keenest but clumsiest pupil in his class at Dragon School, where he longs to win a gold star as he learns how to fly, roar and breathe fire. He keeps meeting a kindly young girl who patches up his bumps and bruises, but can she help him with his trickiest school assignment yet: capturing a princess?

Stroop: Journey into the Rhino Horn War is a gripping wildlife crime thriller of a documentary that takes the viewer on a rollercoaster ride between Africa and Asia. Two first-time filmmakers, award-winning editor Susan Scott (The Last Lions) and 50/50 presenter Bonné de Bod, embed themselves on the frontlines of the rhino poaching crisis, where they are given exclusive access to the war as it unfolds on the ground. Carving out six months for the project, the two women quickly find themselves immersed in a world far larger and more dangerous than they had imagined, only emerging from their odyssey four years later.

Liyana is a genre-defying documentary that tells the story of five children in the Kingdom of Eswatini who, with some guidance from South African storyteller Gcina Mhlope, turn past trauma into an original fable about a girl named Liyana, who embarks on a perilous quest to save her young twin brothers. The film weaves Liyana’s animated journey together with poetic documentary scenes to create an inspiring tale of perseverance and hope.

Liyana is the directorial debut of Swaziland-born and raised AaronKopp, with his wife Amanda. Before moving into directing, Aaron shot the Oscar-winning documentary Saving Face and the Oscar-nominated The Hunting Ground.

Entertainment Weekly hailed it as “Gorgeous. Unlike any documentary you’ve ever seen,” while The Hollywood Reporter praised it as “A lyrical work, as bright and captivating as it is poignant.”

Produced in Cape Town by Sunrise Productions, Munki and Trunk is a dialogue-free 3D animated TV series for kids aged four to seven, and animals of all ages.

Munki is a bold, banana-juggling adventurer. Trunk is a big-hearted and optimistic elephant. These best friends do everything together – swinging, stomping and somersaulting as they explore their jungle world, hatching plans, solving problems, having fun and helping friends along the way.

EVERYTHING MUST FALL | DOCUMENTARY

Directed by Rehad Desai, who won the International Emmy Award for Best Documentary for Miners Shot Down, Everything Must Fall is an unflinching look at the #FeesMustFall student movement that burst onto the South African political landscape in 2015 as a protest over the cost of education. The story is told by four student leaders at Wits University and their Vice Chancellor, Adam Habib, a left-wing, former anti-apartheid student activist. When Habib’s efforts to contain the protest fail, he brings 1 000 police onto campus, with dire consequences for the young leaders…

In a Chinese Buddhist orphanage in Africa, a Malawian teenager finds himself torn between his African roots and Chinese upbringing. Once the star performer with dreams of becoming a martial arts hero like Jet Li, Enock is now in his final year of school and has to make some tough decisions about his future. Will he return to his relatives in his home village or study abroad in Taiwan?

Directed by South African Nicole Schafer, Buddha in Africa was praised by Variety as “a sensitive portrayal of a young man torn between the kung-fu dreams and Confucian doctrine of his Buddhist upbringing, and a Malawian culture whose powerful roots might ultimately be holding him back… A complicated portrait of what’s been described as the latest chapter in Africa’s long struggle against colonization.”

Twenty-eight years ago, Bhekisizwe Mthethwa (Sello Maake Ka Ncube) was fired from his job at a butchery due to his leg injury. With no job and a hungry wife and baby, Bheki sought out the guidance of the local witch, MaMngadi (Winnie Ntshaba), who promised him a bright future if he was willing to make a great sacrifice.

When we meet Bheki in the present, he’s married to MaMngadi, with three more children, Muzi (Sparky Xulu), Nkosana (Paballo Mavundla) and Dumazile (Cindy Mahlangu). But when Bheki must choose a successor to his cattle business, his big sacrifice still weighs heavily on his soul, even as his children go into battle over what each believes to be rightfully theirs.

BUT THE REAL PRIZE IS LOCAL AUDIENCES
Of course, international awards aren’t the holy grail for African productions: local audiences are. 2019 has seen a number of landmark breakthroughs in that regard, from Showmax’s second Original, the boarding school murder mystery The Girl From St Agnes, to M-Net’s co-production with Cinemax and ZDF, the Deon Meyer adaptation Trackers, to Big Brother Naija, which generated a record 240m votes.

Other audience favourites on Showmax in South Africa included the crime series Die Byl; the telenovela The Queen; the precolonial epic Ifalakhe; the supernatural crime series Die Spreeus; Dream: The Lebo Mathosa Story; the reality seriesThe Real Housewives of Johannesburg, Being Bonang, Trippin with Skhumba, The Bachelor South Africa, Boer Soek ‘n Vrou, and Survivor South Africa; the Comedy Central Roast of AKAand Tali’s Wedding Diary, Showmax’s debut Original which was the most awarded comedy at the SAFTAs this year.

2019 also marked the first time South African audiences could stream the likes of Kanarie, one of Indiewire’s 14 Best LGBTQ International Films of 2018, and Whispering Truth To Power, the Thuli Madonsela documentary that won the Special Jury Prize at Hot Docs 2018.