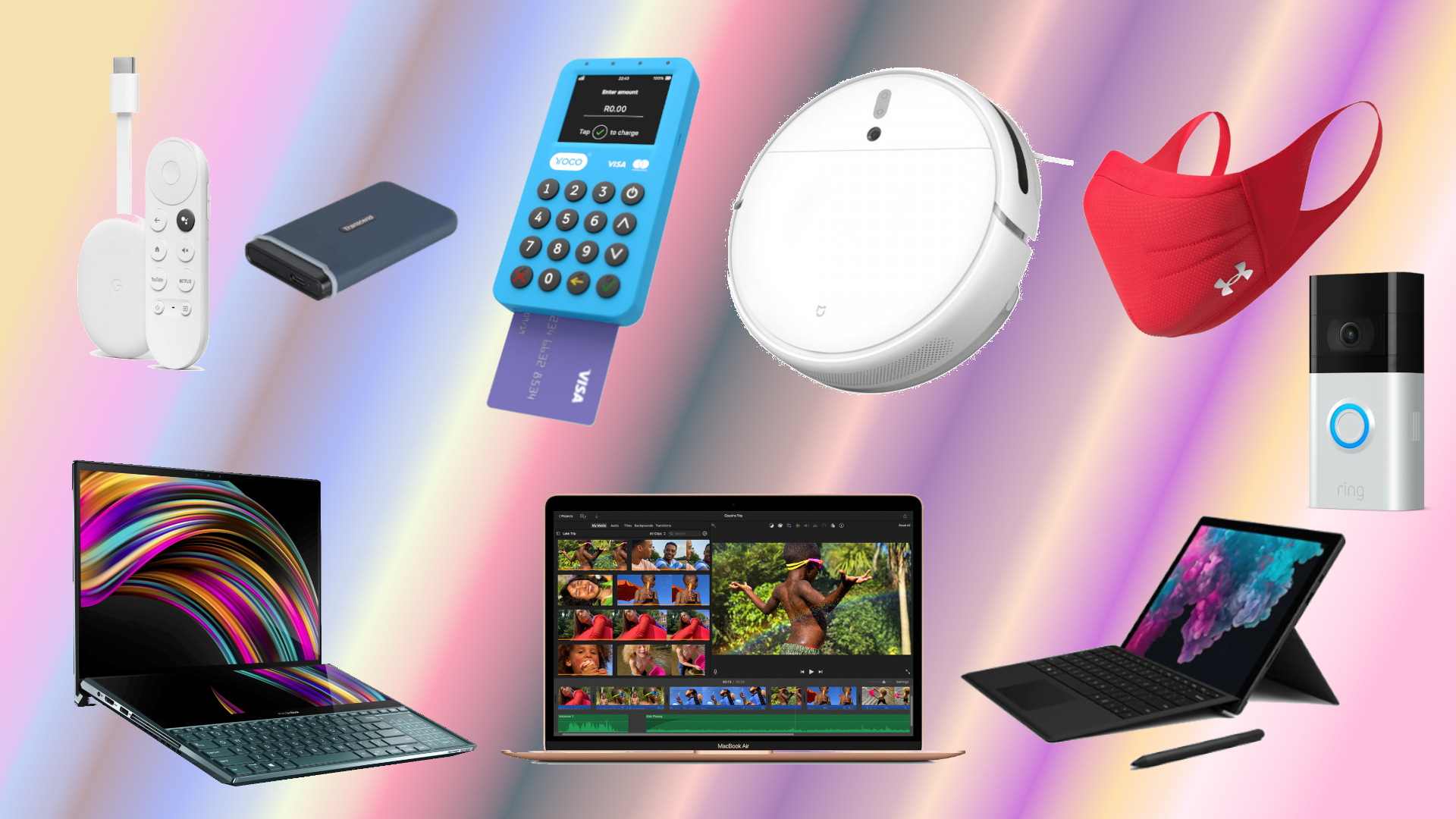 The new Google streaming device, Chromecast with Google TV (R2,200), strips the app view to show users what they came to get from their TV: well, TV shows and movies. The Google TV interface shows content within the apps at the forefront in a central view, which reduces the need to find the app where one’s TV shows are hiding. This is also the first Chromecast to come with a remote, enabling the device to be used without another smart device.

When it comes to external storage, solid state drives (SSDs) are becoming the go-to media. Transcend’s ESD350C 240GB portable SSD (R1,400) makes for a great companion for many reasons. It can be dropped without worrying about damaging internal components, and it is lightning-fast thanks to a USB 3.1 Gen 2 interface. It also features a USB Type-C port, which makes it possible to transfer items from a smart device.

Yoco has democratised mobile card machine payments and made it accessible to small businesses. Its latest device, the Yoco Neo (R1,600), features built-in 3G technology, which makes the card machine work independently of a smartphone when accepting payments. One also does not have to worry about data, because the 3G connection is unlimited for transactions and is included in the cost of the machine. If that sounds unlikely, think of it as a payment device equivalent to the Amazon Kindle approach, which builds unlimited data into the purchase price.

Keeping one’s home clean just got a whole lot easier, thanks to the Xiaomi Robot Vacuum-Mop (R4,800). The smart device works with a camera and laser distance sensor to map out one’s home, then vacuums in its first phase, followed by  mopping the floors with a cloth. With its built-in mapping tech, subsequent cleans happen much faster, because the robot vacuum knows exactly where to go.