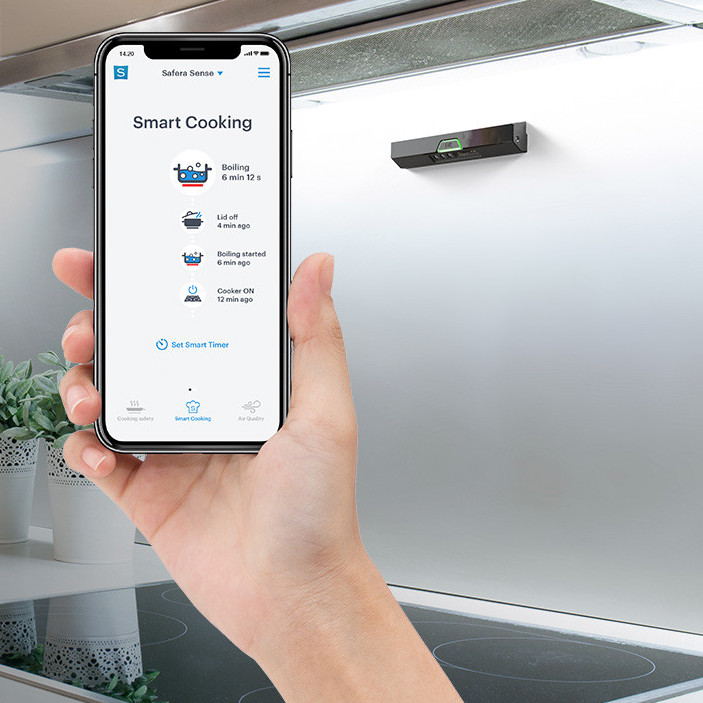 Finnish cooking technology company Safera has announced its latest cooking sensor, Safera Sense, with a powerful safety feature. It’s a wall mounted device that is packed with over 10 sensors to assist cooking and prevent fires, without having to replace existing cooking technology. 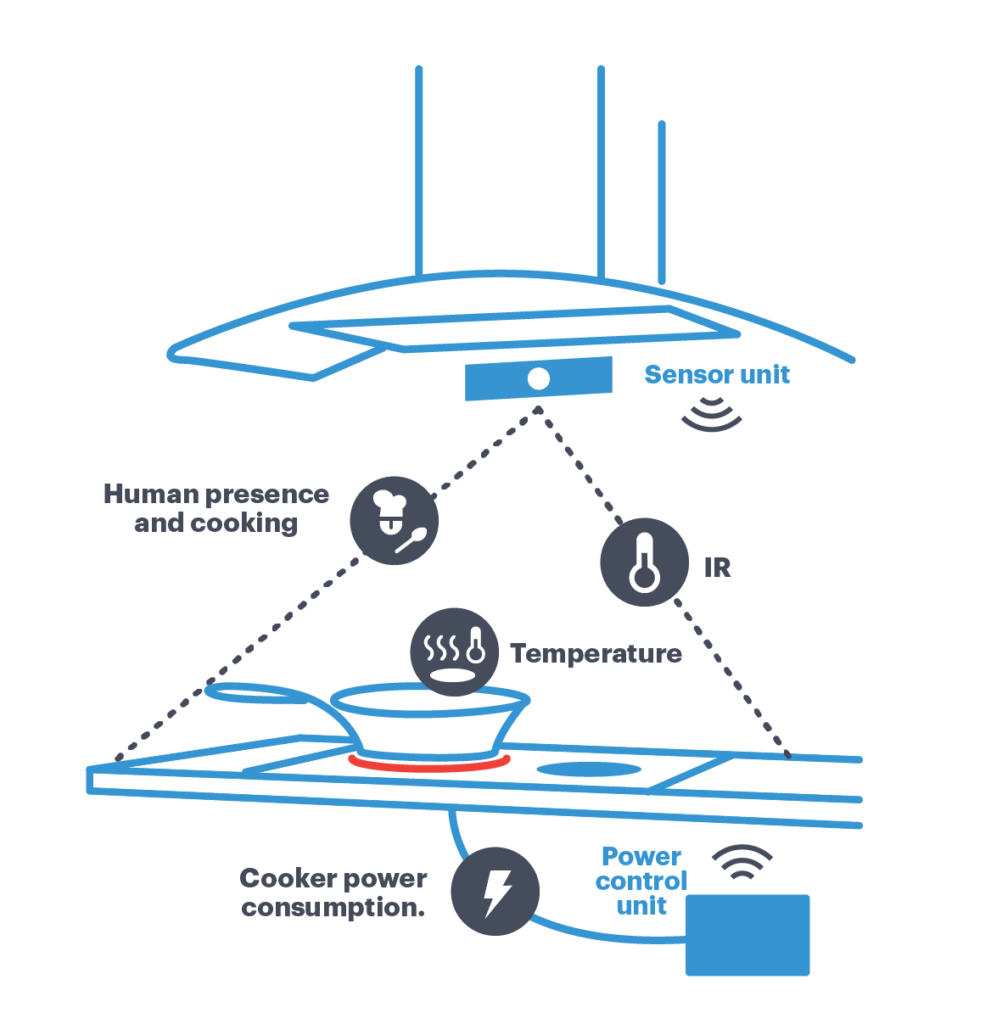 Cooking activity is monitored with precisely calibrated heat and motion sensors. The heat sensors monitor each plate’s temperature, while the motion sensors detect how long a pot, pan, or plate has been unattended.

Safety is the name of the game for the Safera Sense. If the stove is on and left unattended, the built-in alarm sounds to notify the user.

“This safety feature is the backbone of the product,” said Joonas Kyllönen, marketing manager at Safera Oy. “The Safera Sense comes with an optional power control unit for a safer cooking experience. The unit can power off the stove with this power control unit after a set amount of inactive time.”

The device can map out cooking activity like boiling and sautéing to a timeline, which allows users to repeat a method. 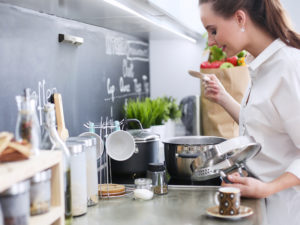 “It’s like automatic timers for your cooking,” said Kyllönen. “You can save a successful routine and the app can guide you – or someone else – through the steps to recreate that perfect meal.”

The device measures air quality from cooking activity, and can advise users on when to start ventilating the kitchen to maintain healthy indoor air quality.

“There’s nothing worse than cooking a meal that leaves a lingering, stale smoke for hours,” said Kyllönen. “The app will alarm users if the cooking activities are polluting the air quality, so they can begin ventilating the room. ”

The pricing of the unit has not been announced.