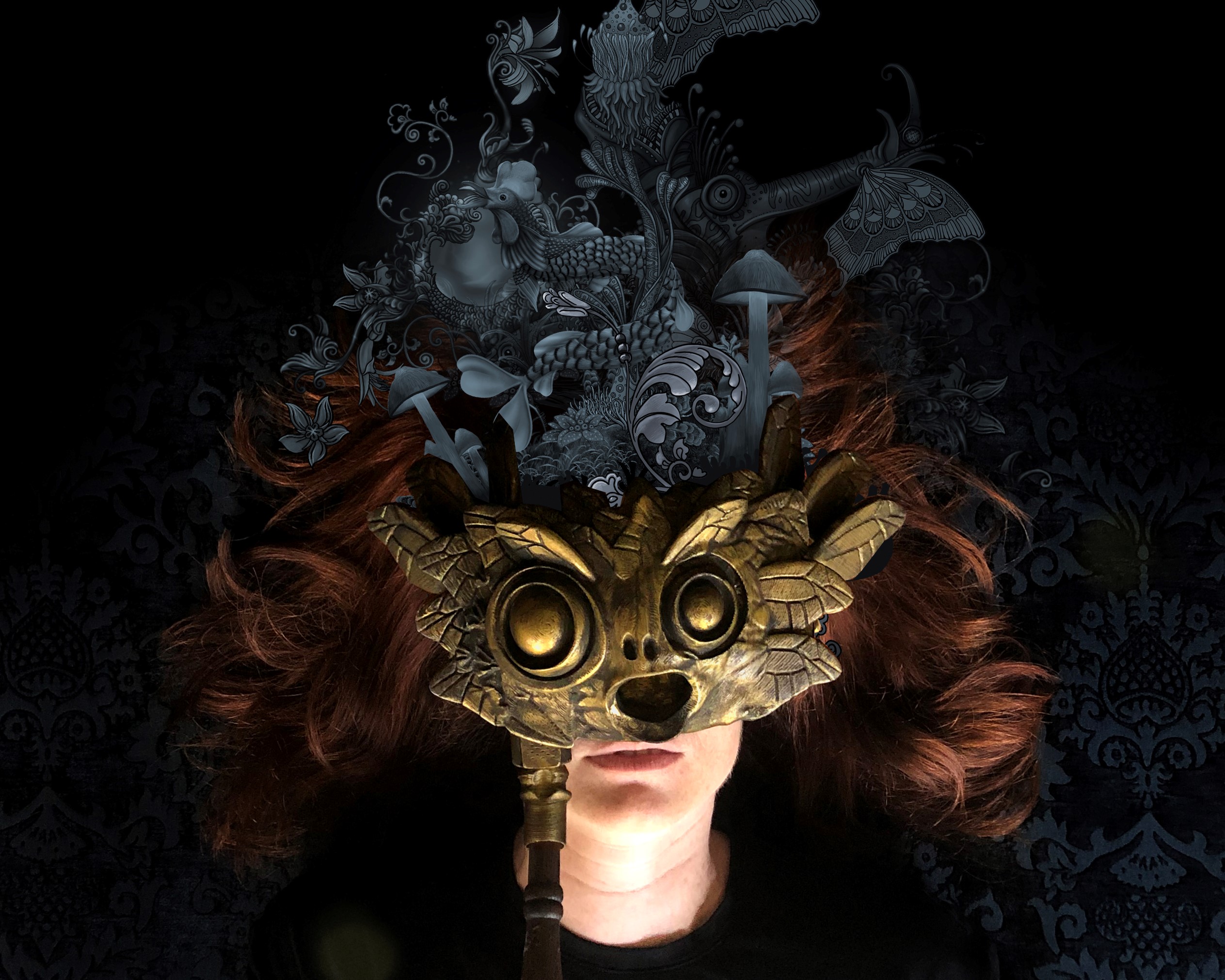 Imagine finding yourself submerged in a world of magical sea creatures, talking mushrooms and forests of impossible trees. Imagine you can travel through this world, experiencing more fantastical sights as you go.

This is the virtual reality (VR) world of The Lost Botanist, created by a brother and sister team who were raised on a farm near the tiny town of Kokstad. That would be remarkable in itself, but Ree and Rick Treweek startled the VR industry last month when The Lost Botanist became the first VR production from Africa to screen in competition at Annecy, the world’s most prestigious animation festival, held annually in France for the past 60 years.

Just nine VR experiences were selected for VR@Annecy, from 90 submissions made from around the world. The projects included some of the biggest names in the industry, including Gymnasia, from the Emmy-winning Felix & Paul Studios; It’s All Over, based on a Neil Gaiman book, Doctor Who: The Runaway, and the overall winner, Gloomy Eyes, narrated by Colin Farrell.

“It put us slap bang on a global stage,” says Rick, talking in his Johannesburg studio this week. “Being selected for VR@Annecy was our biggest accomplishment yet, especially against films with huge budgets and massive directors, the giants of the industry, and here comes a little South African crew no one had heard of.”

Rick says the full name of the studio, Eden Labs Africa, was deliberately used with Africa attached at the end to highlight the potential of the continent in the world of technology creativity.

“I believe the skills and talent of this country and of Africa as a whole are completely unknown. We’re often a forgotten territory and having something like this at Annecy, especially with big players in the game, was so important.

“We believe the big future of VR is education and immersive learning. We talk of digital leapfrogging, but the mistake everyone makes is that if someone is not used to computers, the hardest thing is teaching them to use a computer and mouse, whereas VR removes that completely. You don’t have to be technically skilled to consume VR content. Even with YouTube, to get to that video, you have to have the fundamentals of using a computer. That goes away with VR.”

Rick has worked with world-renowned South African artist William Kentridge, whose foundation, The Centre for the Less Good Idea, invited Eden Labs to bring its creative technology to the work of 12 artists working in traditional media.

He had previously been a developer of mobile games and apps, and worked in Singapore for eight years, focusing on 3D printing. There, he immersed himself in the “maker” movement of shared knowledge in creativity.

“The maker movement is whole new mindset of learning that says, when you learn something new, you ask if anyone else in the community is interested. In Singapore, 3D printing was amazing, but everyone was using it for privileged stuff like making robots. My big belief was that using it in Africa, we could create disruptive tools.

“With my long experience in developing apps, VR was a short jump for me, but the 3D printing side was so exciting, I moved back to South Africa and joined the Tshimologong precinct. What Prof Barry Dwolatzky was doing there was in line with what we wanted to do, with the ‘tech can save Africa’ approach.”

Eden Labs is taking its homegrown philosophy a step further. While it is not reinventing VR headsets, it is certainly recreating them. The Treweeks have designed cases that turn Oculus Go VR headsets into elaborate and beautiful masks with handles that allow them to be used without having to be strapped around a head. The masks are artworks in themselves, and integrate almost seamlessly into the world of The Lost Botanist.

“We noticed that at conferences and shows, it’s often quite dark and gloomy and people don’t want to put on headsets,” says Rick. “So we wanted The Lost Botanist headset to look like a part of the project; the outside is as important as the headset. It’s designed as an owl and really makes everything feel a lot more playful.”

In further testament to his commitment to both VR and 3D printing, the masks were designed in virtual reality, using the Oculus Medium 3D sculpting package. Eden Labs has also developed a version of the VR headsets for business use, with a handle attached for quick viewing. It is currently being manufactured in China.

Rick has collaborated with Johannesburg artist Mary Sibande, who uses painting and sculptures to explore identity in a postcolonial South African and to critique stereotypical depictions of women. Appropriately, he built a VR headset mask in the form of Mary’s face, allowing viewers to experience an exhibition of her work almost through her own eyes.

The next step, say the Treweeks, is to raise funding for an extended version of The Lost Botanist, designed specifically for the new Oculus Quest VR headset.

“We think the Oculus Quest is going to be the beginning of VR growing up,” says Rick.

“This is real VR now, with six degrees of freedom so you can walk around.”

Rick believes the market is starved of VR content, and The Lost Botanist will feed into massive pent-up demand. He should know: mobile games created by his first company, Breakdesign, were downloaded more than 16-million times.

“Working in VR now feels a lot like mobile games in 2007; like everything is coming full circle for me.”

Inside The Lost Botanist