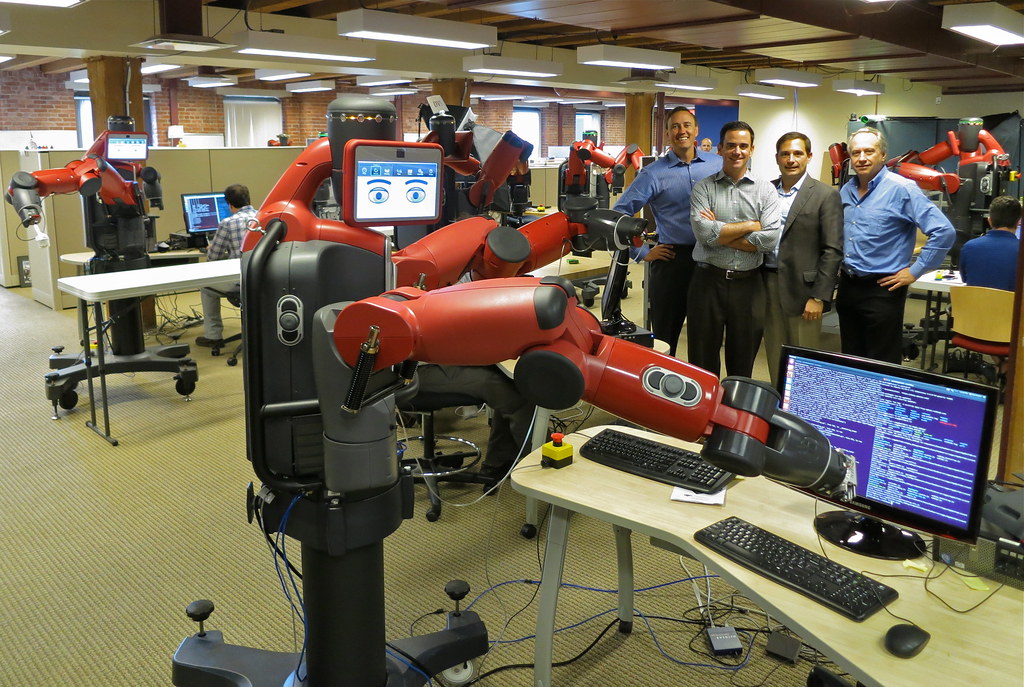 As robots migrate from science fiction to the real world, their image as killers has also migrated – but this time the fear is that they will kill off our jobs. The evidence, however, suggests that their effect will be the exact opposite of these fears.

One can go all the way back to the dawn of the industrial revolution and the first manufacturing machine:  the spinning jenny, which began the automation of weaving. There is one small statistic from that revolution that is seldom mentioned, says Tom Raftery, global vice president and futurist for software giants SAP.

“The spinning jenny was the first mechancial loom,” he said during the recent Saphila conference at Sun City, where SAP users and developers network and share information. “There were 7900 spinners and loomers in the United Kingdom at the time, in 1760. They had riots, but by 1790 the number of spinners and weavers rose to 320,000, because spinning jennies could make yarn cheaper and better quality than the manual process.”

In fact, the riots were provoked not by the fear of machines taking away jobs, as myth has it, but rather because they brought the price of cotton and cloth crashing down. But that, too, resulted in a boom rather than the market collapsing, as had been feared.

“Because of increased demand as more people could afford to buy manufactured clothes, economies of scale kicked in, the quality kept increasing, and they needed supply chains to supply the factories. For that they needed distribution mechanisms, and that led to more roads, railways, and ultimately the industrial revolution.”

In the same way, it is anticipated that, rather than jobs disappearing as a result of the widespread advent of robots, we will see a process called labour switching.

Raftery quotes a study by Deloitte, which found that, as organisations embrace and adopt robotics and AI, they are finding that virtually every job can be redesigned, thus creating new categories of work.

The answer was mixed but reassuring: “While some may be eliminated, our view is that many more are changing…  only 13 percent believe automation will eliminate a significant number of positions, far different from our findings on this score only a few years ago.”

The value of automation and AI, Deloitte said, “lies not in the ability to replace human labor with machines, but in augmenting the workforce and enabling human work to be reframed in terms of problem-solving and the ability to create new knowledge”.

Raftery pointed to some unexpected results of the growing number of skilled jobs and, by extension, better-paid young people.

“New jobs are being created by technology all the time. How many of your job titles existed 5 years ago, 10, 15? More than 60% of the global workforce in 1900 was employed in agriculture and manufacture. Today it is 11%, and we don’t have vast unemployment in those areas. Robots won’t take our jobs, they will be creating jobs.”

Raftery pointed to five industries that will be dramatically affected by emerging technologies like artificial intelligence, big data, robotics, and cloud computing. These make up the so-called fourth industrial revolution, a phrase commonly bandied about in South African government circles, but with little awareness of what it truly represents.

In healthcare, manufacturing, energy, transportation, and food production, he said, we can expect to see a decimation of existing jobs – a prospect that the Government will find somewhat difficult to sell to the labour unions. However, each of these sectors will see a massive demand for new jobs and skills. Already, the cybersecurity industry, which in effect has to secure the data of every one of these sectors, is reporting a desperate shortage of skills, both in South Africa and globally.

Manufacturing, seemingly the most boring of all industries, will present us with the most fascinating opportunities and challenges.

Said Raftery, “We are seeing a move to 3D printing, to mass customisation, which is really product-as-a-service. Fiat is building a modular electric car that one can endlessly customise, down to the battery pack. You can even order an extra 500km of range for the weekend, getting a more expensive battery just for the weekend when you need it.”

United Parcel Service, an American delivery and supply chain management company, has grasped one of the big opportunities offered by 3D printing of products on demand.

“At present UPS has a huge business storing parts for customers,” said Raftery. “They hold US$1.8-trillion worth of customer stock in their warehouses. Now they’ve partnered with SAP to launch a spare parts 3D printing business. They’re going through a certification process with customers to sign off that their 3D printed parts are as good as the originals. Then the products will be digitised and put in digital warehouse and can be sent anywhere in world.”

Some of the world’s biggest technology manufacturers are getting in on the act.

Last week, HP Inc formally opened the doors of a massive new 3D Printing and Digital Manufacturing Centre of Excellence in Barcelona. It provides a large-scale factory environment to collaborate with customers and partners on digital manufacturing technologies.

During our visit to the Centre earlier this year, Nick Lazaridis, president of HP for Europe, Middle East and Africa, told us that many companies made the mistake of thinking of the industry in terms of sales of printers and materials.

“If you had a total monopoly of 3D printing, the market would be worth around $40-billion. But if you look at the industry that this is going to disrupt, namely manufacturing, that’s a $12-trillion industry.”

As with Raftery, however, he predicted that 3D printing will have a massive impact on distribution, warehousing and energy needs.

“When you talk 3D printing, you can design in Spain or South Africa, you can manufacture on demand in South Africa, and deliver in 24 hours because it is printed in a warehouse a few blocks from where you live. You don’t build a hundred thousand units hoping to sell them; you build on demand.”

Obviously, robots, 3D printing and every other expression of the fourth industrial revolution will kill off jobs. But equally obviously, the jobs they create, in turn, will not only be better jobs, they will also be better for our planet.