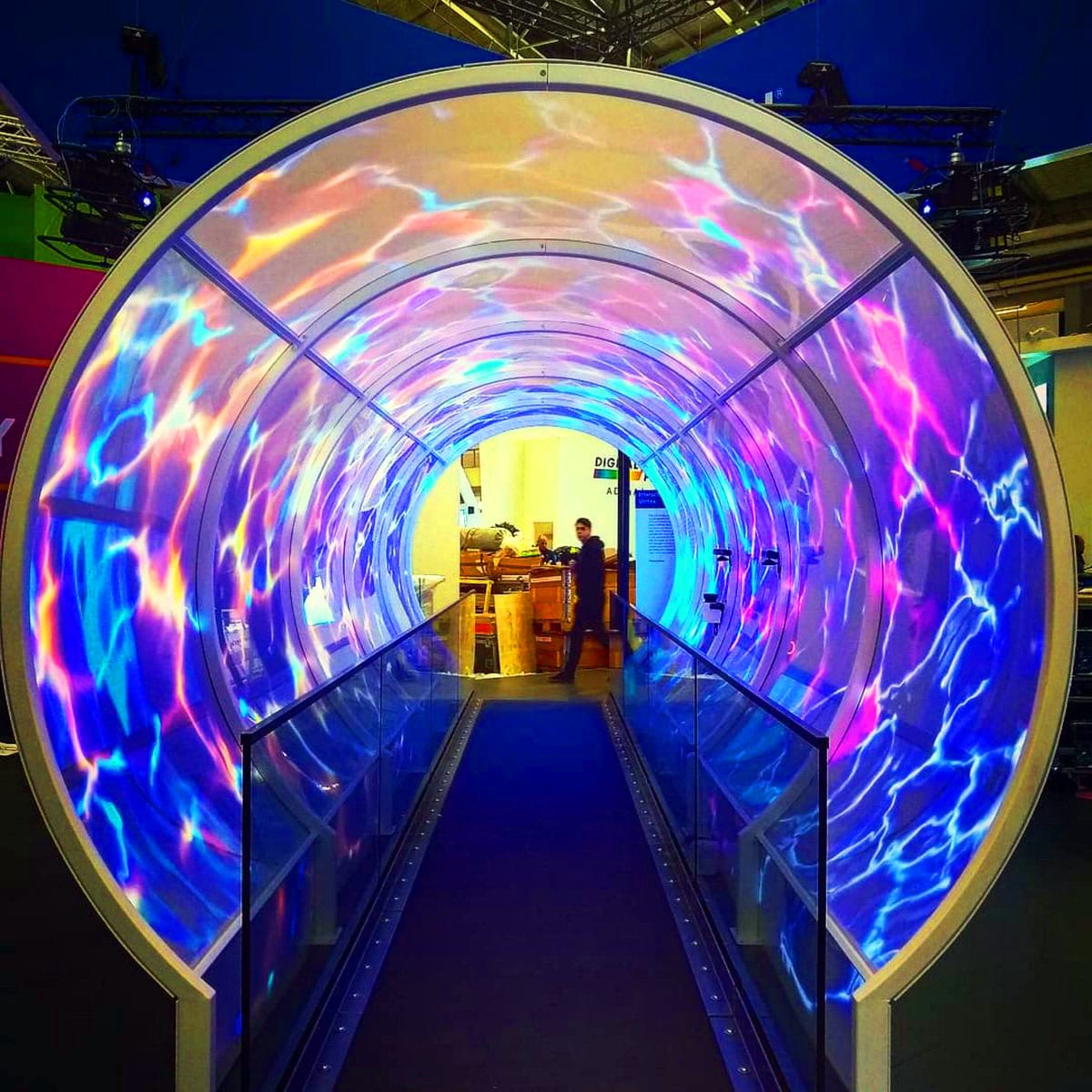 Display designs, such as those found in retail stores, are no longer confined to static visuals on pull-up banners, 2D print and posters. The increasingly popular use of projection technology has ushered in new and exciting ways to create immersive displays using rich media and high-quality visual content to go beyond the four walls of traditional marketing.

In the past, projectors were lamp-based and prone to failure when used in a harsh environment, such as a retail store. Today, newly introduced laser projection technology has unlocked a range of capabilities.

Creative techniques such as projection mapping, which can be described as the projection of video, animation and other colourful displays onto 3D surfaces, have completely transformed the way brands engage with audiences and can live in retail spaces, concert halls and even sports stadiums.

Projection mapping offers venues wide-spread creativity in using lighting in small or large environments, as was the case with Epson’s showstopping kinetic portal, which implemented projection mapping on a 360 degree vortex at the largest AV and systems integration show in the world – Integrated Systems Europe 2019. Driven by a new, affordable generation of projectors, mapping not only covers flat walls and traditional projections screens but also irregular shapes, objects, and even entire building façades.

When projecting on a larger scale, such as at events and music concerts, the process of visually combining several projectors to display one single seamless image might sound simple enough in principle but can prove to be a challenging task in reality. To overcome this challenge, experiential marketers are adopting the use of image edge blending, which refers to the process of stacking multiple projectors to create a single overlapped projection that appears continuous and clear.

It’s due to these advancements that displays in retail and events no longer pivot just on aesthetic appeal but can now deliver immersive consumer experiences that drive engagement and increase foot traffic. This is starting to drastically change the way that retailers, events and even restaurants host, engage, entertain and communicate with their audiences.

Consumer interest in the transition towards projection has seen this technology take centre stage at leading retailers such as Mall of Africa, events by brands such as ABSA and restaurants like Saint, transforming their environments into immersive spaces through projection that displays captivating imagery and video.

Saint restaurant in Sandton has pushed the boundaries of branding and displays, transforming all surfaces into a visual delight. Patrons entering the restaurant are greeted by a visual experience within a dome, featuring a series of moving, constantly changing artworks – such as a starry night sky or a replica of the Sistine Chapel – projected onto walls and the ceiling.

In fact, EventTrack research, which showcases the current state of marketing around the globe, highlights the continuous growth of event and experiential marketing. It notes that high-quality projection technology, more specifically its ability to emit stunning visual experiences, has grown in popularity to become the go-to tool for event organisers and retailers looking to captivate and engage with consumers.

The future of projection technology

Projection technology has proven to be an outstanding, much more cost-effective and reliable form of marketing collateral – setting an entirely new standard for high-resolution projection.

Sandton City recently embraced this market-leading technology with the installation of a virtual aquarium in its Centre Court. This installation centred on creating a 3D mapping concept that enabled shoppers to select an undersea creature from a touchpad to swim across digitised hoarding.

With capabilities to meet the demands of large-scale projection and the ability to effectively transform the way brands remain visible at shopping malls, restaurants and retail spaces – the unprecedented imaging power of projection technology has set a considerably high bar when it comes to retail and event displays.

Epson, which is not only pioneering imaging technology and innovative projection solutions, is also the market leader when it comes to high lumen laser projection, having recently announced its 30,000 lumens laser projector (EB-L30000U) which will officially launch in 2020. This high-end installation laser projector, complete with 4K enhancement, is aimed at rental and staging companies, hospitality markets and visitor attractions, which is yet another progressive step towards transforming the way marketers engage with their consumers in the 21st century.

First for SA as VR film selected for Sundance Festival

GoFundMe hits R9bn in donations for people and causes