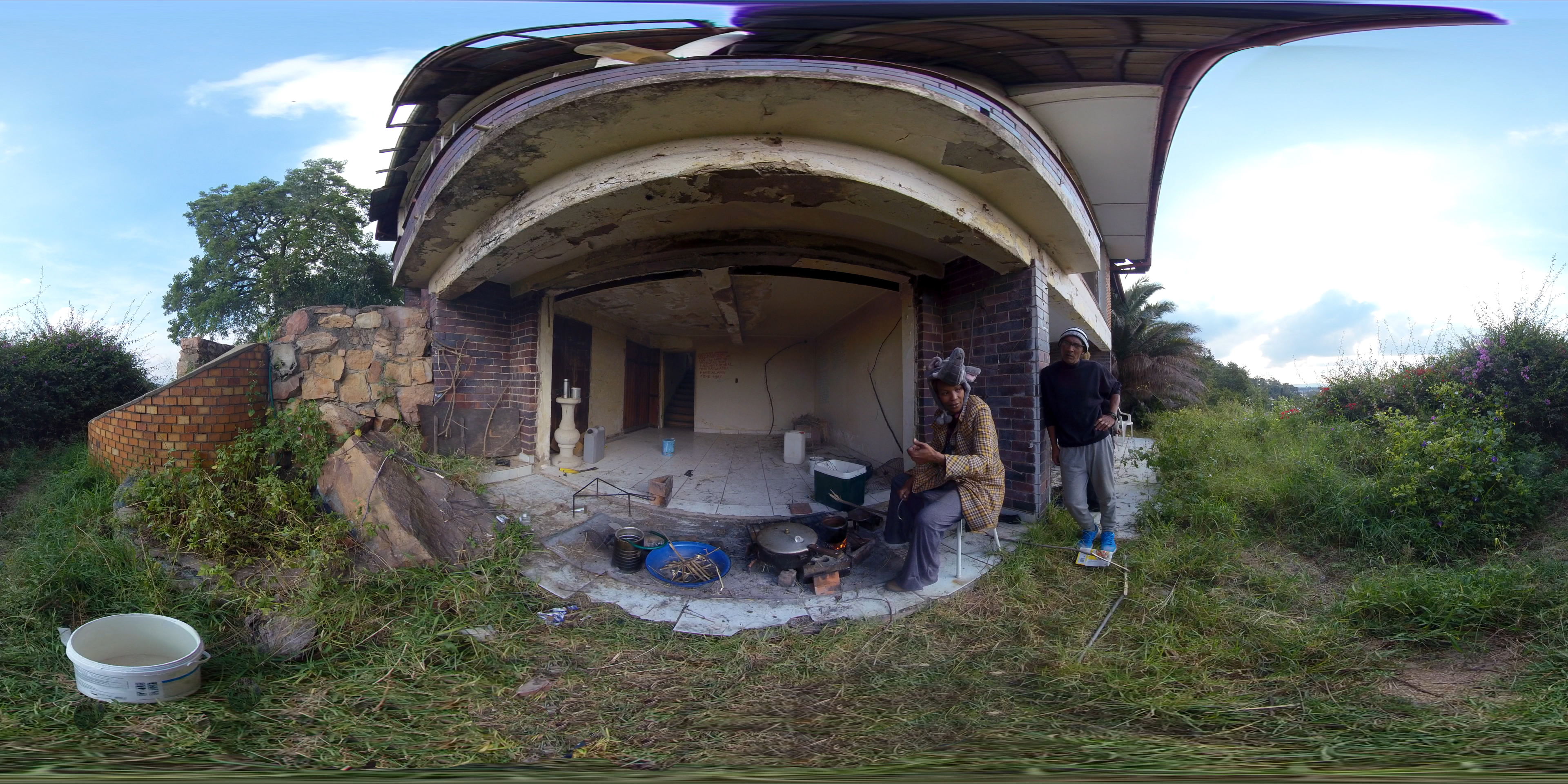 Azibuye – The Occupation is a stereo 360༠ documentary about Masello and Evan, two homeless black artist/activists who take up residence in a crumbling mansion, vacant for 20 years, in an affluent part of Johannesburg. They proclaim their illegal occupation to be an artistic and political act to address the ongoing racial inequalities in land ownership in South Africa. When it is revealed who the owner of the house is, the pair have a difficult decision to make.

Land redistribution in South Africa as we know is a fiercely controversial, unresolved topic. As one of the hottest political issues for the 2019 presidential elections, the most radical parties centred campaigns on fears for, or promises of, land “expropriation without compensation”.

The South African constitution enshrines the basic human rights to housing, dignity and equality.  Azibuye takes a nuanced look at contemporary capitalism, letting the viewer decide who history will remember as the pioneers and as the robbers.

Since inception of the New Dimensions Lab four years ago, Electric South have completed a range of films spanning the continent. At the 2019 Lab, a sponsorship agreement was signed with Facebook’s Oculus, which enabled them to give headsets to every participant that attended this year, with the intention that the work created and the knowledge imparted at the lab continues into the future. 2019 also saw films on its slate honoured. “Le Lac” won Best Digital Narrative at Sheffield Documentary Festival and “Lagos at Large” was accepted to IDFA Doc Lab: Exhibition.

Azibuye is produced by Caitlin Robinson and Executive produced by Ingrid Kopp and Steven Markovitz, with the support of the Ford Foundation and the Bertha Foundation.

Related Topics:featuredVirtual reality
Up Next

Why autonomous cars are still in Park