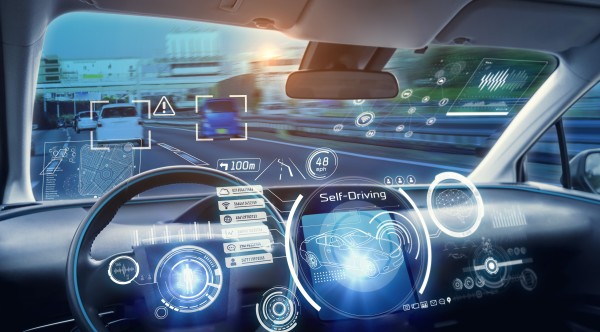 Recent studies have shown that people have negative attitudes about using autonomous systems because they don’t trust them. Moreover, research shows a human-centred approach in autonomy is perceived as more trustworthy by users. This begs the question: “Do passengers want self-driving cars to mimic their personal driving behaviours or do they hold these autonomous vehicles to a different standard?”

To explore this quandary, researchers from Florida Atlantic University’s College of Engineering and Computer Science conducted a study asking 352 participants about their personal driving behaviours such as speed, changing lanes, distance from a car in front of them, accelerating and decelerating and passing other vehicles. They also asked them the same questions about their expectations of a self-driving car performing these very same tasks. The objective of the study was to examine trust and distrust to see if there is a relationship between an individual’s driving behaviours and how they expect a self-driving car to behave.

For the study, published in the proceedings HCI in Mobility, Transport and Automotive Systems, researchers asked the participants 46 questions to gain a better understanding of driving behaviour and driver’s expectations of self-driving cars in a variety of driving scenarios. Ultimately, information from this study can be used to construct driving models for self-driving cars.

“We found that current attitudes toward artificial intelligence, autonomous technologies, and self-driving cars had an effect on our participants’ expectations of a self-driving car,” says Mehrdad Nojoumian, Ph.D., senior author, and an associate professor in the Department of Electrical Engineering and Computer Science and director of the Privacy, Security and Trust in Autonomy Lab, who co-authored the paper with Jamie Craig, a graduate student and a graduate research assistant in the Department of Electrical Engineering and Computer Science. “The one group that stood out to us were those who trust or somewhat trust using AI, autonomous technologies, and self-driving cars. Their driving behaviour aggressiveness scores and their self-driving aggressiveness scores were not significantly different, and they would want a car that matched their personal driving behaviour.”

The article recently received “Best Paper Award” from the “Third International Conference on HCI in Mobility, Transport and Automotive Systems,” awarded to Nojoumian and Craig, who presented the findings of the paper at the conference.

“The closer the automated vehicle dynamics are with those of a manually driven vehicle, the more likely that the comfort level of the automated vehicle user will improve,” says Stella Batalama, Ph.D., dean, College of Engineering and Computer Science. “Results from this study can be considered by engineers, computer scientists and researchers and will be useful in developing certain profiles or settings for self-driving cars and overall can help in designing one that is perceived as trustworthy by passengers.”