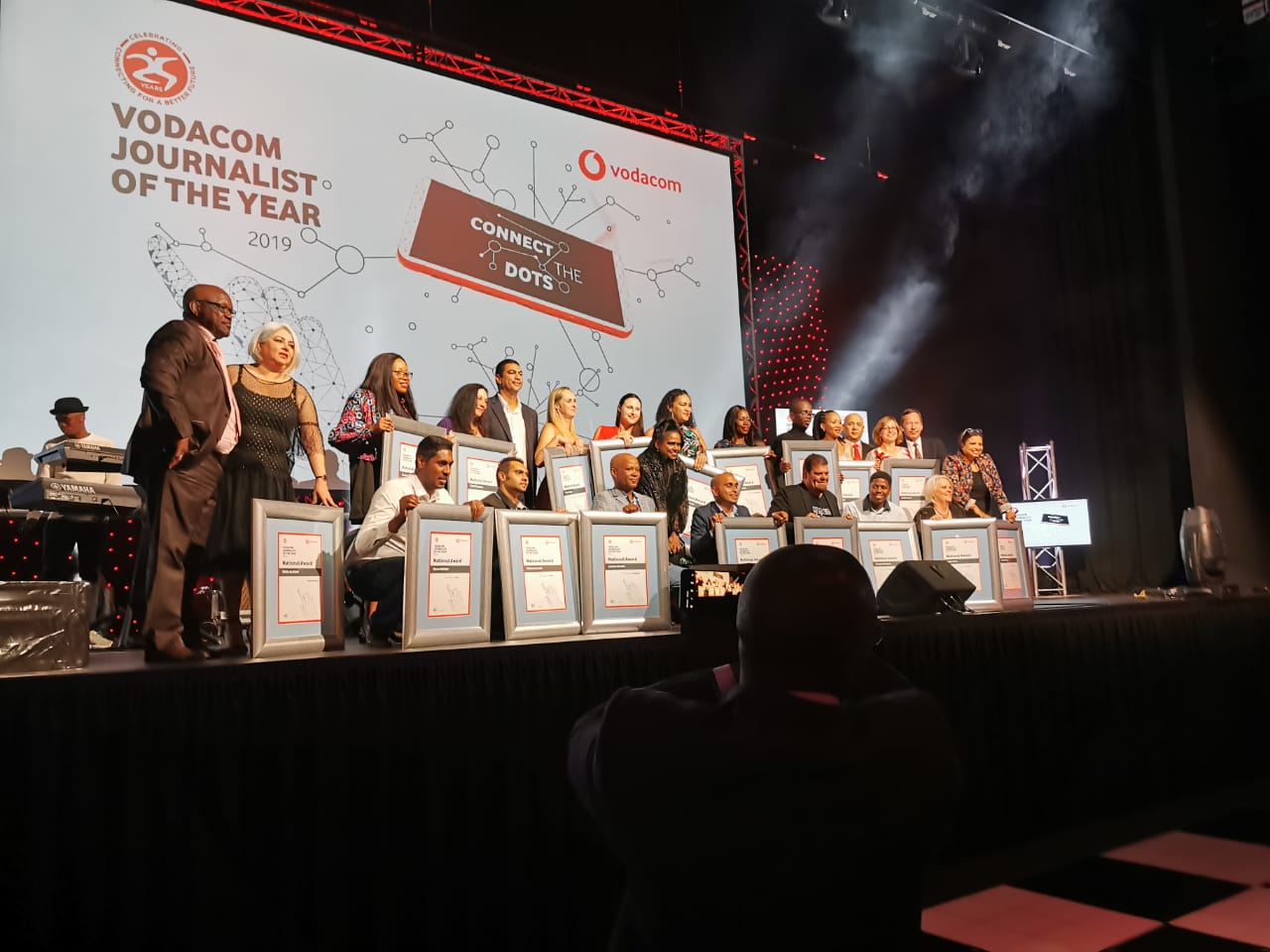 At the 18th edition of the Vodacom Journalist of the Year Awards held at Vodacom World earlier tonight, News24’s Tammy Petersen took top honours and the R100,000 grand prize as national winner for her body of work on a gang war series entitled When you live in Hanover Park, you know death. Petersen’s submission was one of over 1,000 entries received from around the country across 12 categories – Investigative, Opinion, Lifestyle, Photography, Sport, Economics, Politics, CSI, Live reporting/ breaking news, Data Journalism, Multi-platform and the Young Journalist of the Year Award. This year’s theme – Connect the Dots – pays tribute to the best-of-the-best of those entries.

Takalani Netshitenzhe, Chief Officer for Corporate Affairs at Vodacom Group says: “This year has seen extraordinary entries to the 18th Vodacom Journalist of the Year Awards. Not all the stories that are national winners were about huge events but also showed the importance of telling the stories of ordinary people. In line with our theme, the dots were indeed connected, and we congratulate all the winners.”

Convenor of the judging panel Ryland Fisher says: “The quality of entries has convinced the judges once again that our industry is in good hands, as far as journalism is concerned, despite the many problems that have beset the industry in recent times. Judging from the entries, South African journalists are determined to fly the flag high for a free, independent, and vigorous media, which augurs well for our democracy. As judges, we can only salute all the entrants for the great work that they submitted. In the end, our industry is probably the biggest winner.”

Visit the next page for the full list of winners and their citations.

Previous Page1 of 3Next Page
Related Topics:featuredVodacom Journalist of the year
Up Next