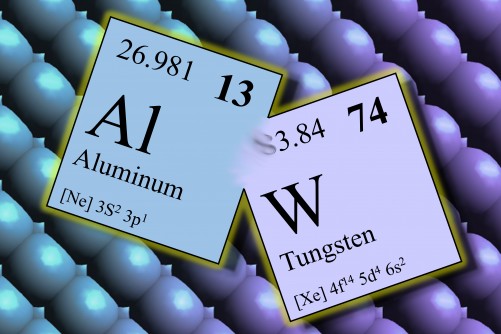 A team of energy researchers led by the University of Minnesota Twin Cities have invented a groundbreaking device that electronically converts one metal into behaving like another to use as a catalyst for speeding chemical reactions. The fabricated device, called a “catalytic condenser,” is the first to demonstrate that alternative materials that are electronically modified to provide new properties can yield faster, more efficient chemical processing.

The research is published online in JACS Au, the leading open access journal of the American Chemical Society, where it was selected as an Editor’s Choice publication. The team is also working with the University of Minnesota Office of Technology Commercialization and has a provisional patent on the device.

Chemical processing for the last century has relied on the use of specific materials to promote the manufacturing of chemicals and materials we use in our everyday lives. Many of these materials, such as precious metals ruthenium, platinum, rhodium, and palladium, have unique electronic surface properties. They can act as both metals and metal oxides, making them critical for controlling chemical reactions.

These expensive materials are often in short supply around the world and have become a major barrier to advancing technology.

In order to develop this method for tuning the catalytic properties of alternative materials, the researchers relied on their knowledge of how electrons behave at surfaces. The team successfully tested a theory that adding and removing electrons to one material could turn the metal oxide into something that mimicked the properties of another.

“Atoms really do not want to change their number of electrons, but we invented the catalytic condenser device that allows us to tune the number of electrons at the surface of the catalyst,” says Paul Dauenhauer, a MacArthur Fellow and professor of chemical engineering and materials science at the University of Minnesota who led the research team. “This opens up an entirely new opportunity for controlling chemistry and making abundant materials act like precious materials.”

The catalytic condenser device uses a combination of nanometer films to move and stabilize electrons at the surface of the catalyst. This design has the unique mechanism of combining metals and metal oxides with graphene to enable fast electron flow with surfaces that are tunable for chemistry.

“Using various thin film technologies, we combined a nano-scale film of alumina made from low-cost abundant aluminum metal with graphene, which we were then able to tune to take on the properties of other materials,” says Tzia Ming Onn, a post-doctoral researcher at the University of Minnesota who fabricated and tested the catalytic condensers. “The substantial ability to tune the catalytic and electronic properties of the catalyst exceeded our expectations.”

The catalytic condenser design has broad utility as a platform device for a range of manufacturing applications. This versatility comes from its nanometer fabrication that incorporates graphene as an enabling component of the active surface layer. The power of the device to stabilize electrons (or the absence of electrons called “holes”) is tunable with varying composition of a strongly insulating internal layer. The device’s active layer also can incorporate any base catalyst material with additional additives, that can then be tuned to achieve the properties of expensive catalytic materials.

“We view the catalytic condenser as a platform technology that can be implemented across a host of manufacturing applications,” says Dan Frisbie, a professor and head of the University of Minnesota Department of Chemical Engineering and Materials Science and research team member. “The core design insights and novel components can be modified to almost any chemistry we can imagine.”

The team plans to continue their research on catalytic condensers by applying it to precious metals for some of the most important sustainability and environmental problems. With financial support from the U.S. Department of Energy and National Science Foundation, several parallel projects are already in progress to store renewable electricity as ammonia, manufacture the key molecules in renewable plastics, and clean gaseous waste streams.

Researchers from the University of Massachusetts Amherst and University of California, Santa Barbara were also involved in the study.

Continue Reading
You may also like...
Related Topics:energy, featured