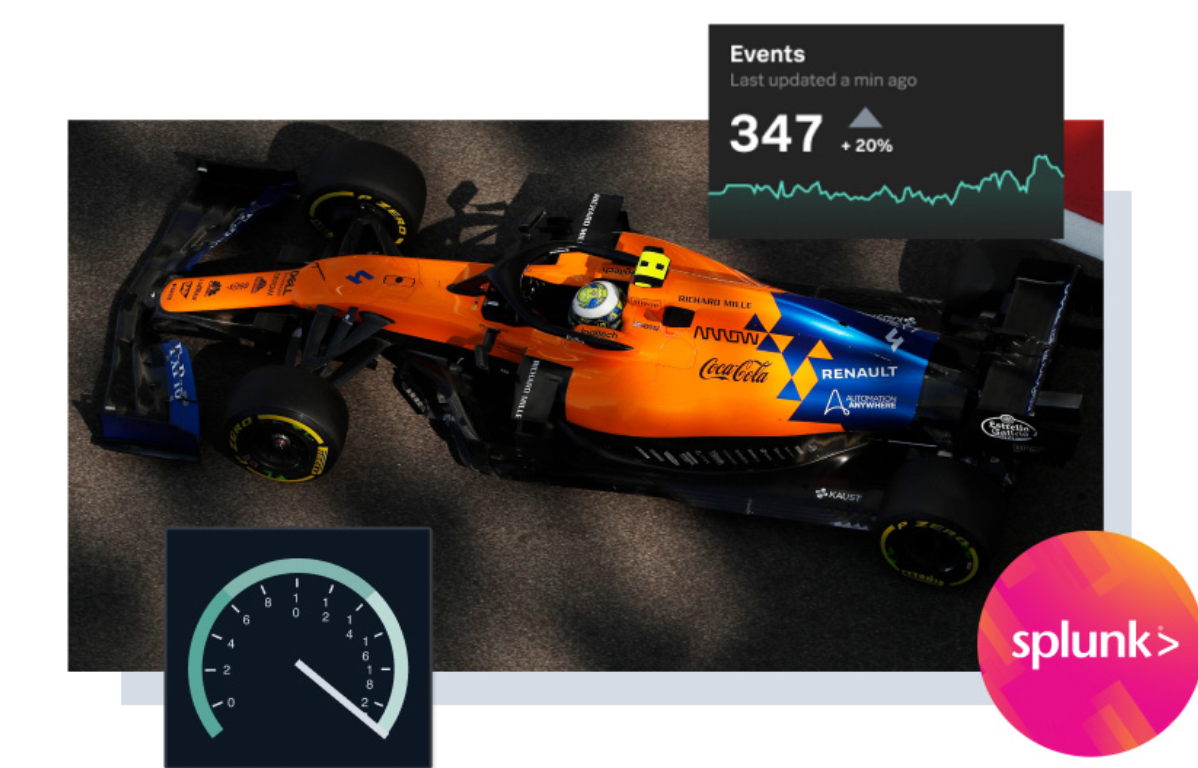 McLaren, a leader in Formula 1 racing innovation, has partnered with Splunk, a “data-to-everything” platform, from the 2020 Formula 1 season. Splunk will provide its platform to both McLaren Racing and the McLaren Group.

Splunk’s solutions will capture data across the McLaren Group infrastructure, network and server environment and from across the McLaren Racing function, including from the team’s Formula 1 cars, to help them accelerate performance development across the organization.

“From the production line to the race track, Splunk will help McLaren drive meaningful business outcomes by connecting all of their data at ferocious speed and at immense scale,” said Doug Merritt, President and CEO, Splunk. “Performance is critical in the racing world, and it is no different in the world of data, which makes this partnership a great fit. I’m looking forward to the Formula 1 2020 season and will be rooting for the McLaren Racing team across the globe.”

As part of the partnership, Splunk will be integrated into the branding of the team, including on the sidepod and cockpit surrounds of McLaren MCL35 race car for the 2020 Formula 1 season.

Zak Brown, Chief Executive Officer, McLaren Racing said: “It’s great to have Splunk join us as both a McLaren Racing and McLaren Group partner. Data is at the heart of everything we do at McLaren and in the competitive sport of Formula 1, and the Splunk platform will enable us to continue to draw meaningful insights that can be used to impact performance. We look forward to working as partners for the 2020 season and beyond.”

For more information about Splunk’s partnership with McLaren, visit the Splunk website.

Continue Reading
You may also like...
Related Topics:car tech, featured