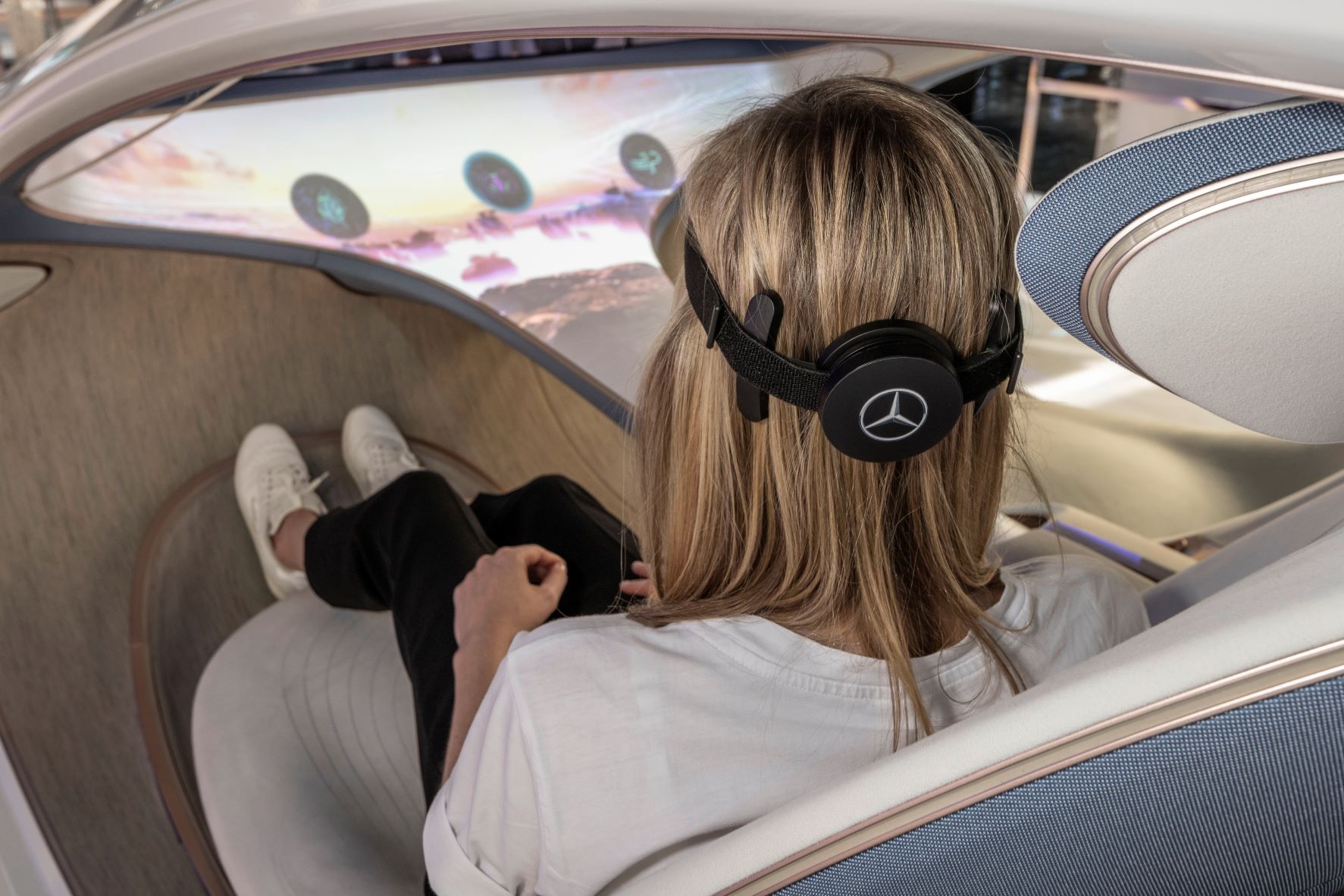 Neurotechnology startup NextMind has claimed a world-first in demonstrating a brain-computer interface that empowers real-time control in a concept vehicle. The technology was presented in Munich at the IAA Mobility event last week, claiming to be the world’s first automotive integration of a brain-sensing wearable, which allows users to take control of the car just by using their thoughts.

However, Nissan first demonstrated equivalent technology more than three years ago, at the 2018 Consumer Electronics Show in Las Vegas.

Nissan claimed at the time that “Brain-to-Vehicle technology provides the world’s first system for real-time detection and analysis of brain activity relating to driving.”

The Nissan system was very specific to driving controls: “It includes activity in advance of intentional movement (e.g. steering), known as movement-related cortical potential (MRCP), and activity that reveals the variance between what the driver expects and what they are experiencing (e.g. car moving too fast for comfort), known as error-related potentials (ErrP). This brainwave activity is measured using a skullcap worn by the driver and analyzed and interpreted for immediate implementation by onboard autonomous systems. By anticipating intended movement, systems can engage (turning the steering wheel or slowing the car) 0.2 to 0.5 seconds faster than the average human response time, improving reaction times while being largely imperceptible for the driver.”

NextMind, however, allows control over a greater range of in-vehicle activity. and is providing a NextMind Dev Kit to make the technology available to third-party developers.

The driver links to the car using NextMind’s non-invasive BCI upon entering. Once the user completes the short calibration process, a direct connection between the user’s thoughts and the car allows them to perform functions on the dashboard, such as selecting entertainment channels and navigating a car in a virtual world.

“NextMind’s groundbreaking technology opens new possibilities for user interaction and engagement by instantly translating brain signals from the user’s visual cortex into computer commands,” says Sid Kouider, NextMind founder and CEO. “Brain-computer interfaces are going to impact every aspect of our lives and bring incredible benefits to improve our world.”

Britta Seeger, member of the board of management of Daimler AG and Mercedes-Benz AG responsible for sales, says: “Mercedes-Benz has always pioneered intelligent, innovative solutions to provide our customers with the best product and service experience. BCI technology works completely independently of speech and touch. This opens up revolutionary possibilities for intuitive interaction with the vehicle.”

Markus Schäfer, management board member responsible for Daimler Group Research and Mercedes-Benz Cars COO, says the technology is aligned with the continuous further development of the ‘Hey Mercedes’ voice assistant and the “zero-layer concept” of the MBUX Hyperscreen.

“BCI technology can make it possible to relieve the user even more, in order to be able to focus on the driving experience,” he says. “The Vision AVTR underlines the courage and pioneering spirit of our brand and is exactly the right concept to test and further develop BCI applications. This concept vehicle impressively depicts the future of mobility in which man, nature and technology are in harmony with each other.”

NextMind says its technology is based on proven scientific research conducted over the past 20 years, and “translates brain signals from the visual cortex into digital commands in real-time, enabling easier interaction and control of cars, computers, AR/VR headsets or any digital device”.

At CES 2020 in January last year, it won two CES innovation awards, including Best of Innovation in Virtual & Augmented Reality, and as an honoree in Wearable Technologies.

In December 2020 it began shipping a $399 Dev Kit that, it claims, enables everyone to develop their own brain-enabled applications. It also offers an Enterprise version of the Dev Kit for customers looking to integrate NextMind technology into existing products or concepts.

Continue Reading
You may also like...
Related Topics:car tech, featured, Goldstuck on Gadgets