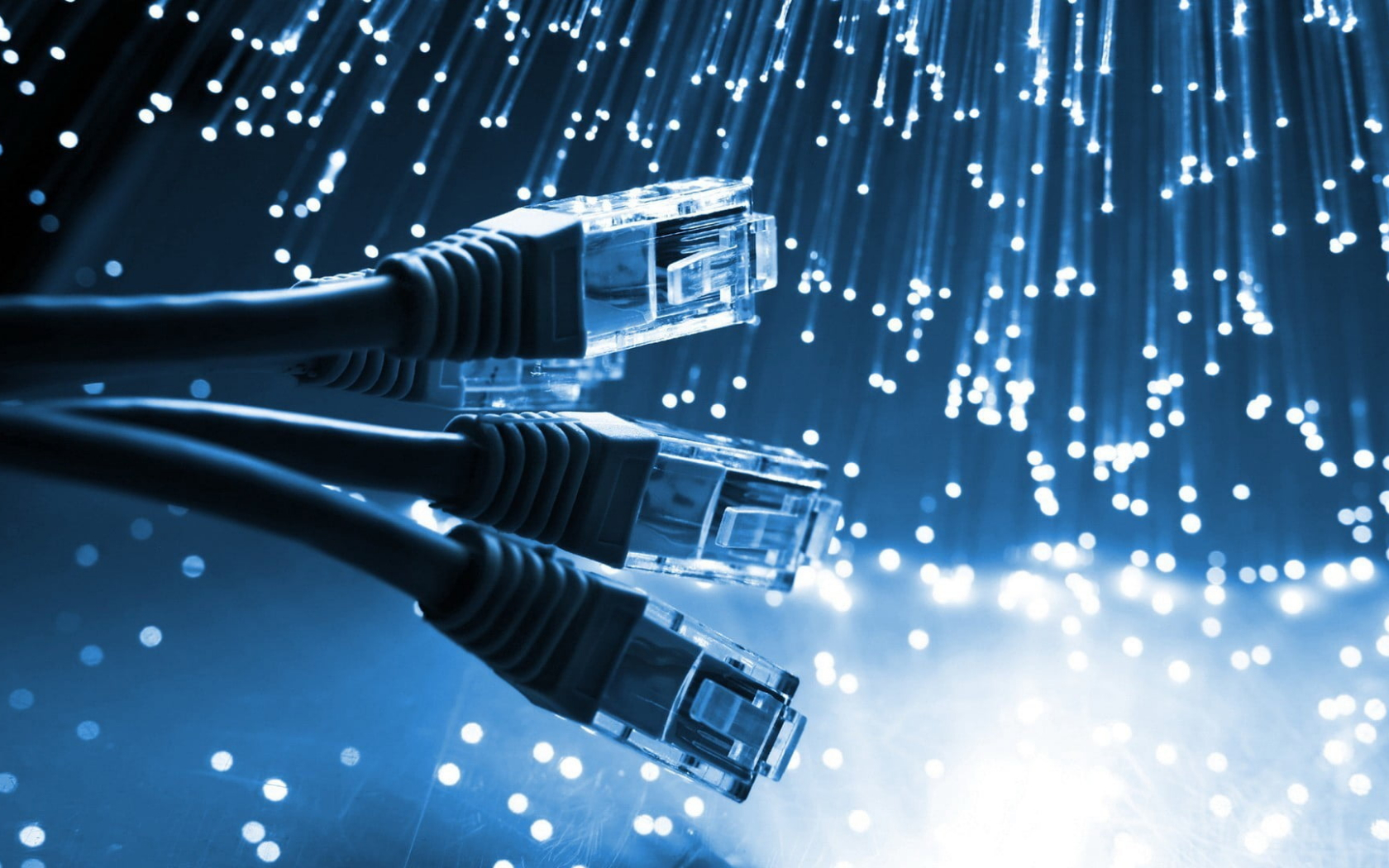 A major new undersea cable project will provide the African continent with greater resilience in its connectivity to the global Internet. The cable is expected to have more capacity than all current African undersea cables combined.

China Mobile International, Facebook, MTN GlobalConnect, Orange, stc, Telecom Egypt, Vodafone and WIOCC announced today that they will partner to build 2Africa, which will be the most comprehensive subsea cable yet to serve the African continent and Middle East region. The parties have appointed Alcatel Submarine Networks (ASN) to build the cable in a fully funded project which will greatly enhance connectivity across Africa and the Middle East.

At 37,000km long, 2Africa will be one of the world’s largest subsea cable projects and will interconnect Europe (eastward via Egypt), the Middle East (via Saudi Arabia), and 21 landings in 16 countries in Africa. The system is expected to go live in 2023/4, delivering more than the total combined capacity of all subsea cables serving Africa today, with a design capacity of up to 180Tbps on key parts of the system. 2Africa will deliver much needed internet capacity and reliability across large parts of Africa, supplement the fast-growing capacity demand in the Middle East and underpin the further growth of 4G, 5G and fixed broadband access for hundreds of millions of people.

In countries where the 2Africa cable will land, service providers will obtain capacity in carrier-neutral data centres or open-access cable landing stations on a fair and equitable basis. This is expected to support healthy internet ecosystem development by facilitating greatly improved accessibility for businesses and consumers alike.

The 2Africa cable has been designed to improve resilience and maximise performance, including the option of a seamless optical crossing between East Africa and Europe. The 2Africa parties and Airtel have signed an agreement with Telecom Egypt to provide a completely new crossing linking the Red Sea and the Mediterranean, the first in over a decade. This includes new cable landing stations and deployment of next-generation fibre on two new, diverse terrestrial routes parallel to the Suez Canal from Ras Ghareb to Port Said, and a new subsea link that will provide a third path between Ras Ghareb and Suez.

The 2Africa cable will implement a new technology, SDM from ASN, allowing deployment of up to 16 fibre pairs instead of the eight fibre pairs supported by older technologies, bringing much greater and more cost-effective capacity. The cable will incorporate optical switching technology to enable flexible management of bandwidth. Cable burial depth has also been increased by 50% compared to older systems, and cable routing will avoid locations of known subsea disturbance, all helping to ensure the highest levels of availability.

“The launch of 2Africa enables us to offer our customers seamless connection between Africa and Europe, together with our SEA-ME-WE 5 and AAE-1 subsea cable resources to further extend to Asia, which is an important milestone of our global development strategy,” said Jessica Gu, Director & Chief Technology Officer of China Mobile International. “The utmost capacity and faster transmission allows us to satisfy the needs of African nations today and in the future, reflecting our firm commitment to building a global digital life.”

“We’re excited to be collaborating with our 2Africa partners on the most comprehensive subsea cable that will serve the continent,” said Najam Ahmad, Vice President, Network Infrastructure at Facebook. “2Africa is a major element of our ongoing investment in Africa to bring more people online to a faster internet.  We’ve seen first-hand the positive impact that increased connectivity has on communities, from education to healthcare. We know that economies flourish when there is widely accessible internet for businesses. 2Africa is a key pillar supporting this tremendous internet expansion as part of Africa’s surging digital economy.”

According to Frédéric Schepens, CEO of MTN Group’s wholesale operation, MTN GlobalConnect, “MTN GlobalConnect is delighted to participate in this bold 2Africa subsea cable project. This initiative complements MTN GlobalConnect’s terrestrial fibre strategy to connect African countries to each other and to the rest of the world. We are proud to be playing a key role in providing the benefits of a modern connected life – a core MTN belief.”

Alioune Ndiaye, CEO of Orange Middle East and Africa, said, “As one of the world’s leading multi-service telecommunications operators and present in 18 countries in Africa and the Middle East, it was natural for Orange to be part of the 2Africa project. This major investment will complete our existing submarine and pan-African terrestrial infrastructures to provide access to international connectivity in a redundant fashion throughout the west coast of Africa. It will enable Orange to securely meet the demand for increased bandwidth necessary for the continued digital development of regions throughout the 2Africa system.”

Mohammed A. Alabbadi, Wholesale VP at stc, said: “stc is delighted to be a Partner in 2Africa. The 2Africa cable will be integrated into stc’s MENA Gateway (MG1) datacentre in Jeddah, enabling customers to access our extensive international content and extend their regional connectivity through stc terrestrial geo-mesh network that extends to all neighboring countries. This will undoubtedly play a significant role in enhancing stc’s international network capabilities, whilst also positioning stc as a leading regional digital player in the MENA region. The partnership demonstrates stc’s commitment, in line with Saudi Vision 2030, to deliver meaningful digital transformation and build a digital society for all.”

Adel Hamed, Telecom Egypt’s Managing Director and Chief Executive Officer, said: “Telecom Egypt’s contribution to 2Africa marks an important milestone in our endeavor to contribute to digital transformation in Africa. Egypt’s relationship with African states has and will always be one of Egypt’s top priorities, it extends here to align with Egypt’s strategy to contribute in the current development in Africa. We are honored to be part of such a revolutionary project alongside renowned global and African partners. For years, we have accomplished tangible steps in revamping our international infrastructure and increasing our assets’ geodiversity in order to keep pace with the rising global demand for large bandwidth and global reach. We trust that 2Africa will be a rich addition to our diversified investments in the subsea cable industry.”

“Improving connectivity for Africa is a significant step which lays the groundwork for increased digitalisation across the continent,” said Diego Gutierrez, Vodacom International Business Chief Officer. “2Africa will give local businesses and consumers a better online experience while more connectivity between Africa, Europe and the Middle East will help to build a wider, more inclusive digital society across the globe. We’re delighted to work with our partners in the project to help deliver this.”

Said WIOCC CEO, Chris Wood, “For over a decade WIOCC has been the hyperscale capacity provider for Africa, based upon a strategy of ongoing strategic investment in key subsea and terrestrial infrastructure. Participation in 2Africa continues this commitment to providing large capacity users with the resilient network they need to support their customers’ ever-growing bandwidth requirements. Our investment both future-proofs our network capabilities and provides additional resilience to maximise uptime for our critical infrastructure.”

Alain Biston, President of Alcatel SubmarineNetworks, said: “We are honored by the trust of our partners and proud to have been selected for this project. With this state-of-the-art subsea system, Africa will take a giant leap to the digital age thanks to the best-in-class technologies. Africa is a long story for ASN: we have deployed the majority of submarine cables around the continent. 2Africa will be a great new chapter.”

Further information can be found on the 2Africa website at www.2AfricaCable.com.

Call for no-touch payments in SA