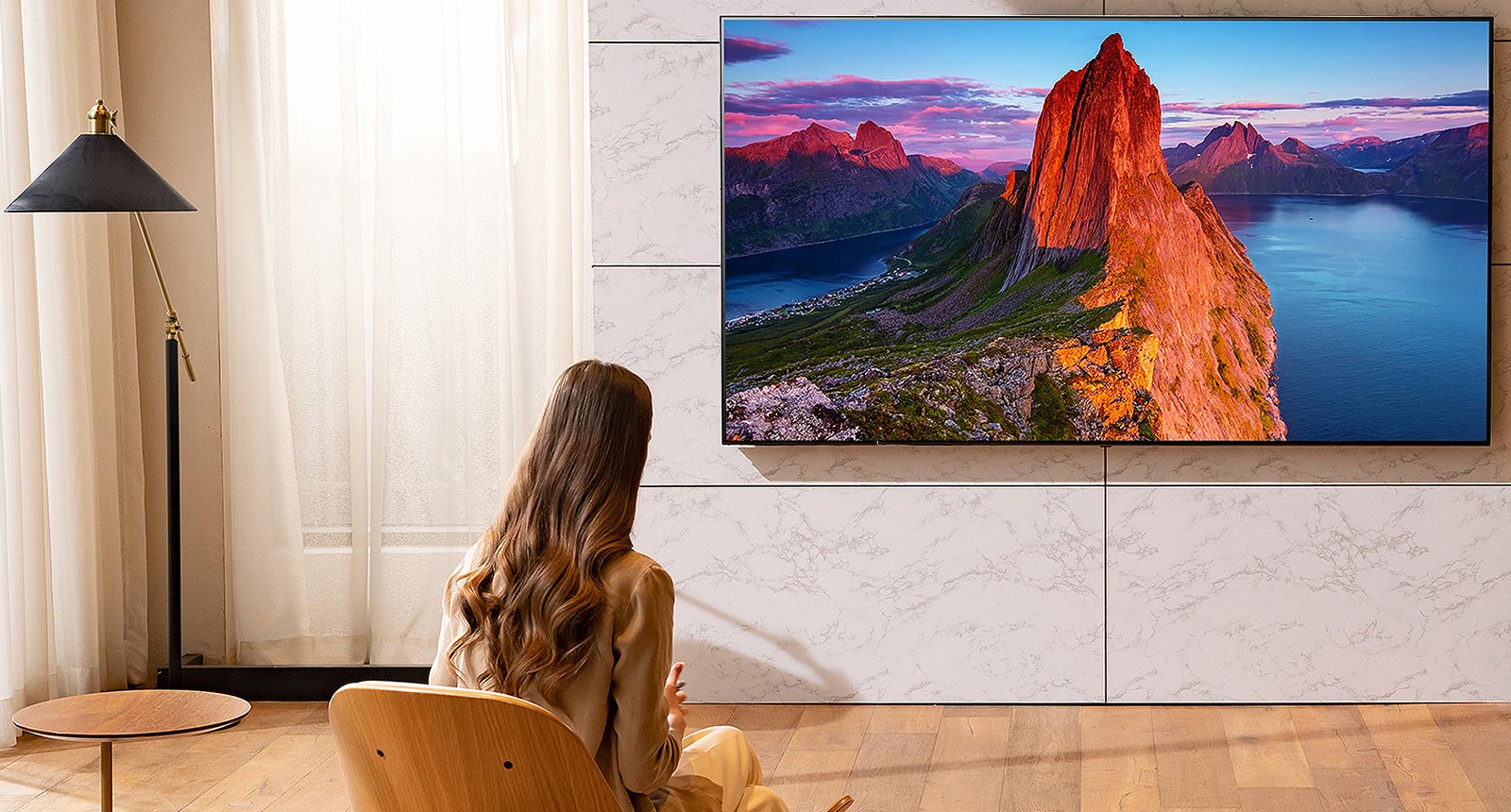 There have been three main panel display types: the inexpensive, run-of-the-mill LCD; the reasonably priced, better colour LED; and the expensive, colour-accurate organic LED (OLED). LG has now added a new technology called NanoCell to enable a reasonable priced TV with a panel that has high colour-accuracy.

The NanoCell technology achieves this by coating nanocrystals between the screen and the backlight, which control the colours and brightness that eventually leaves the display. The layer of phosphorous nanoparticles between the panel is approximately 1nm in size, which filters out duller colours and enhances colours that would otherwise be undersaturated.

Out of the box, the LG 55 Inch NanoCell TV was fairly easy to assemble, with a limited set of screws. The set-up with WebOS was also very straightforward and took under 2 minutes. After the set-up, we were greeted with stunning artworks, which makes the TV more of a work of art when it’s not being used. This feature shows off the true colour of the TV because LG has selected such vibrant artworks.

When jumping into video, we saw that it was much smoother than other displays. This is thanks to LG’s MotionPro feature on the Alpha a7 III processor, which uses artificial intelligence to blend video frames to make video smoother. This feature is mostly good on new video (like Netflix Originals) but tends to underperform with film recorded before the 1980s.

The MotionPro feature can be switched to Film Maker mode, which displays the content at the same frame rate as the video.

Deep black colours are replicated as dark as possible, which makes this display comparable to OLED panels, but not a replacement. This is especially noticeable when watching HDR10 video, which this display supports. There is a slight halo on a black region around a white object, but it’s only noticeable when you’re scrutinising the video up close.

The TV’s sound is good, with acceptable bass reproduction and excellent mid and high reproduction. It also has fairly good built-in surround sound capabilities with Dolby Atmos. For a better experience, though, this TV should be coupled with an LG Atmos-enabled soundbar.

The wand remote is delightful to use because there are very few clicks required. The motion-controlled cursor, which LG unveiled at CES 2010, has stuck with high-end LG TVs because this method of navigation is fast and intuitive.

The LG Content Store on the TV has a wide range of apps, which drastically reduces the need for a separate smart TV box. It includes the regulars: Netflix, Showmax, Amazon Prime, the Apple TV+ streaming service and AirPlay, which nullifies the need for an Apple TV 4K.

For Apple Home users, the TV can also be controlled from an iPhone, iPad, or Mac, and included in automation recipes like “Turn on the lights and turn on the TV when I open the front door”.

For more information on where to purchase this unit, visit: https://www.lg.com/za/tvs/lg-55nano86vna-nanocell-4k-tv

Future of work: business must journey to ‘anywhere’