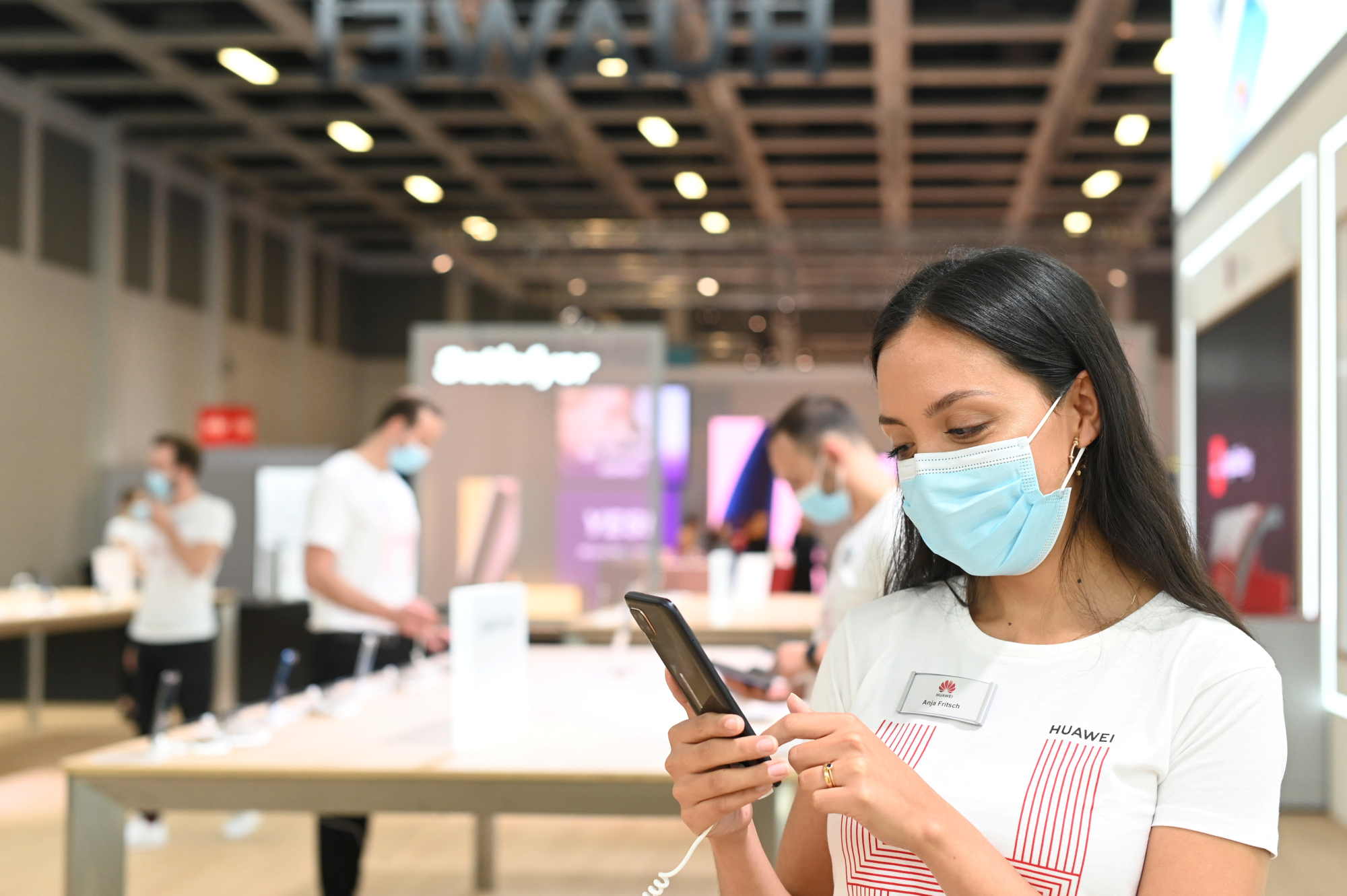 A picture from the Huawei stand at IFA 2020. Image provided by Messe Berlin GmbH

IFA 2020 Special Edition, the first to be held as a hybrid of physical and virtual exhibitions, keynotes and launches, ended on Saturday with a mere 6,100 visitors having walked the floors – but tens of thousands more following proceedings online.

With more than 60 per cent of exhibition space already booked for IFA 2021, the organisers of the IFA 2020 Special Edition declared that “tech is back”, and that both the consumer electronics and home appliances industry and tech media have a hunger for real-life experiences.

TThree days of keynotes, presentations and product launches took place in real life under tight health and safety rules, but were augmented by IFA’s new virtual platform, IFA Xtended Space. The event also hosted SHIFT Mobility meets IFA NEXT, an innovation platform that brought together start-ups, innovators and many companies shaping the future of mobility and everyday life. In addition, the IFA Business, Retail and Meeting Lounges provided an opportunity for brands and retailers to meet and do business in a safe, but face-to-face environment. Global brands took the opportunity to create their first exhibition wow-effects in more than six months. LG staged a hologram presentation, while global brands like BSH, Haier, Honor, Huawei, Miele, Neato, Qualcomm, and TCL all attempted to dazzle.

The most significant news at the event, however, was the unveiling of the next edition: IFA 2021. Set to take place from 3 to 7 September 2021, IFA Berlin 2021 has strong industry backing, with the 60% uptake of exhibition space unprecedented.

“This is a new record”, said IFA executive director Jens Heithecker. “Never before have we had such strong interest so early, so far ahead of the start of IFA.”

“The IFA 2020 Special Edition showed us the impressive power of innovation”, said Dr. Christian Göke, CEO of Messe Berlin. “On a deeper level, it also showed us that the world needs these face-to-face meetings between industry, retail, consumers and media, and it is IFA that facilitated these crucial connections, despite the limitations imposed by the pandemic.”

Jens Heithecker, executive director of IFA Berlin, declared: “The IFA 2020 Special Edition sent an important signal: ‘tech is back,’ and the recovery and rebuilding of the industry starts here and now. Of course, we had to keep the numbers at this year’s IFA low, but it demonstrated the keen interest of everybody to meet in real life, and it sets us on the right track for a strong, full scale IFA 2021.”

From next year IFA Berlin will have a new product category and add “imaging” to the show.

“Imaging has become a major trend in our world that extends far beyond private life,” said Heithecker. “It plays a central role in medical technology, autonomous driving, AI-technology and many other areas“,

Messe Berlin is partnering with Berlin Photo Week, an innovative event format that combines photo sessions, community experiences, and artistic and cultural inspiration. The Berlin Photo Week successfully debuted in 2019 when it attracted more than 30.000 primarily young photo-enthusiasts, smartphone consumers, DSLR-users and professionals. Its objective is to create a unique way to inspire enthusiasm for making and enjoying photos and videos. It harnesses the diversity of Berlin’s landscape with the “Fun Place” as the event’s focal point, and numerous “Satellite” locations dispersed around the city. It also connects with Berlin’s globally renowned creative scene.

The dates of Berlin Photo Week 2021 will overlap with the IFA 2021, enabling participants to visit both events.