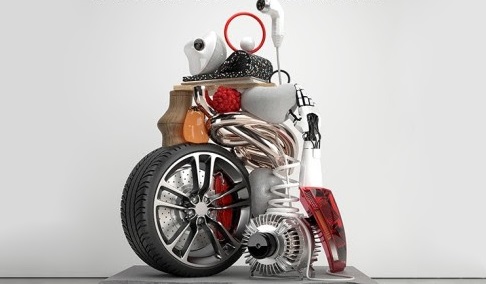 SHIFT Automotive, a two-day convention on the future of mobility, collocated with IFA Berlin 2019, has started with a call for an Internet of Mobility.

The event has seen a range of experts discussing whether new smart mobility solutions can be both sustainable and acceptable to society.

“The mobility landscape has changed forever,” said Boyd Cohen, the CEO of Iomob, who called for the creation of an Internet of Mobility that would integrate all available modes of transport – from electric kick scooters and bike-sharing, to trams, trains, and car-sharing solutions.

He cited the example of Madrid, where 18 companies are licensed to offer electric scooter services, but people would want only one app, not 18 to download and manage. If Mobility-as-a-service solution were truly integrated, the market could reach a value of $1 trillion by 2030.

His speech kicked off two days of talks, discussions and networking, with participants drawn from the world of technology, the automotive industry, plus designers, architects and mobility experts.

Discussions centred on whether cars still have a role to play in the transport economy of the future, with Prof. Harold Welzer, director of Futurzwei, declaring that the rollout of electric or autonomous cars would not solve today’s transport systems. Instead, he said: “we have to get rid of cars.”

Most other speakers, however, still saw a role for cars – but debated whether privately owned cars would still be the norm rather than the exception (rural areas excepted). Can drivers be persuaded to let go of their beloved car? Venkat Sumantran, the chairman of Celeris Technologies and former CEO of Tata Motors, said social change was ahead, with younger generations now ready to swap our society’s passion for cars with our love for digital devices and digitally powered transport experiences.

Change, however, has to start at a local level, with local authorities setting the direction for the transport revolution. First, though, they have to use “data to really understand what’s happening in their cities,” because “new mobility solutions alone – from scooters to car-sharing – will not solve their mobility problems, said Christof Schminke, managing director of Trafi.

SHIFT Automotive continues during Tuesday and all of Wednesday, with speakers like Zipcar founder Robin Chase, former CTO of Barcelona, Francesca Bria, the creative director of the Cars franchise at Pixar Animation Studios, Jay Ward, and industry leaders from AXA, BMW, Daimler, Ford, Fujitsu and VW yet to speak to the audience of Shift Automotive.

The convention runs alongside a very unusual, experiential exhibition space, where Daimler’s Smart, Fujitsu and others show their latest ideas and concepts.

Related Topics:featuredIFA 2019mobility
Up Next

How an alphabet could save people

The worldwide market for used smartphones is forecast to grow to 332.9 million units, with a market value of $67 billion, in 2023, according to IDC

This growth can be attributed to an uptick in demand for used smartphones that offer considerable savings compared with new models. Moreover, OEMs have struggled to produce new models that strike a balance between desirable new features and a price that is seen as reasonable. Looking ahead, IDC expects the deployment of 5G networks and smartphones to impact the used market as smartphone owners begin to trade in their 4G smartphones for the promise of high-performing 5G devices.

Anthony Scarsella, research manager with IDC’s Worldwide Quarterly Mobile Phone Tracker, says: “In contrast to the recent declines in the new smartphone market, as well as the forecast for minimal growth in new shipments over the next few years, the used market for smartphones shows no signs of slowing down across all parts of the globe. Refurbished and used devices continue to provide cost-effective alternatives to both consumers and businesses that are looking to save money when purchasing a smartphone. Moreover, the ability for vendors to push more affordable refurbished devices in markets in which they normally would not have a presence is helping these players grow their brand as well as their ecosystem of apps, services, and accessories.”

Says Will Stofega, program director, Mobile Phones: “Although drivers such as regulatory compliance and environmental initiatives are still positively impacting the growth in the used market, the importance of cost-saving for new devices will continue to drive growth. Overall, we feel that the ability to use a previously owned device to fund the purchase of either a new or used device will play the most crucial role in the growth of the refurbished phone market. Trade-in combined with the increase in financing plans (EIP) will ultimately be the two main drivers of the refurbished phone market moving forward.”

According to IDC’s taxonomy, a refurbished smartphone is a device that has been used and disposed of at a collection point by its owner. Once the device has been examined and classified as suitable for refurbishment, it is sent off to a facility for reconditioning and is eventually sold via a secondary market channel. A refurbished smartphone is not a “hand me down” or gained as the result of a person-to-person sale or trade.

The IDC report, Worldwide Used Smartphone Forecast, 2019–2023 (Doc #US45726219), provides an overview and five-year forecast of the worldwide refurbished phone market and its expansion and growth by 2023. This study also provides a look at key players and the impact they will have on vendors, carriers, and consumers.

Customers will take far more control of their travel experience in the 2020s, according to a 2020 Trends report released this week by Travelport, a leading technology company serving the global travel industry.

Through independent research with thousands of global travellers – including 500 in South Africa – hundreds of travel professionals and interviews with leaders of some of the world’s biggest travel brands, Travelport uncovered the major forces that will become the technology enablers of travel over the next decade. These include:

Several trends highlight the finding that customers are moving towards self-service options, with 61% of the travellers surveyed in South Africa preferring to hear about travel disruption via digital communications, such as push notifications on an app, mobile chatbots, or instant messaging apps, rather than speaking with a person on the phone. This is especially important when it comes to young travellers under 25, seen as the future business traveler, and managing their high expectations through technology.

With the threat of super app domination, online travel agencies must disrupt or risk being disrupted. Contextual messaging across the journey will help. Super app tech giants like WeChat give their users a one-stop shop to communicate, shop online, book travel, bank, find a date, get food delivery, and pay for anything within a single, unified smartphone app. Travel brands that want to deliver holistic mobile customer experiences need to think about how they engage travellers within these super apps as well as in their own mobile channels.

In the next year, research shows, we will see an accelerated rate of change in the way travel is retailed and purchased online. This includes wider and more complex multi-content reach, more enriched and comparable offerings, more focus on relevance than magnitude, and an increase in automation that enables customer self-service.

“How customers engage with their travel experience – for instance by interacting with digital ‘bots’ and expecting offers better personalised to their needs – is changing rapidly,” says Adrian Roodt, country manager for Southern Africa at Travelport. “We in the travel industry need to understand and keep pace with these forces to make sure we’re continuing to make the experience of buying and managing travel continually better, for everyone.”