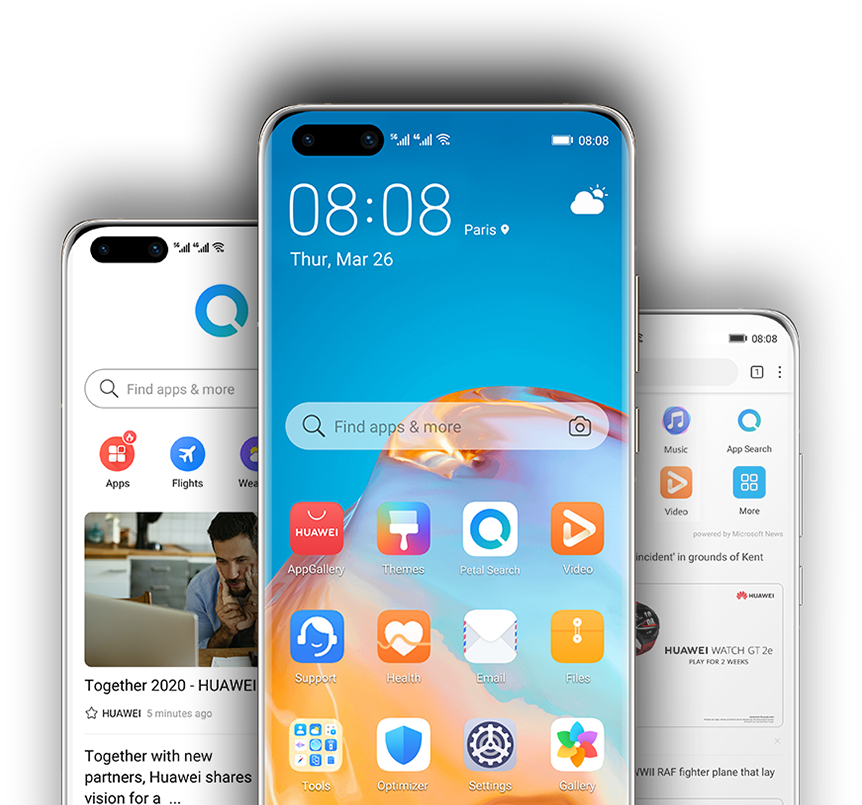 The biggest elephant in the smartphone room this year is not something everyone can see yet ignores, but rather something no one can see but dare not ignore.

The absence of Google services, including the Play Store, Gmail, Google Maps and Google Search, weighs heavily on the wallets of those considering their next smartphone purchase. The new Huawei Mate 40 Pro is one of the best phones in the world, as well as the best value-for-money among the big name flagship phones from Apple, Samsung and Huawei. But, by decree of the American government, it does not include Google Mobile Services, which includes the Play Store.

Huawei has put gargantuan effort into filling these gaps with Huawei Mobile Services and the App Gallery, which contains most of the key apps typical smartphone users need. But not all.

Now, Huawei has come up with a fascinating and inevitable answer to fill the gap, and make it almost possible to ignore the elephant in the room. It’s called Petal Search,  and it allows one to search for any Android app that would normally have required the Play Store.

When selecting an app from one of these sources, one is prompted by Petal Search to “check apps from external sources”, which allows app packages to be scanned to check whether they meet Huawei’s security and compatibility standards. The packages typically come as .apk files, the standard format for Android apps. Once the package passes the check, the user is given a link to download a safe version of the app.

When installed, the app works as if on a regular Android phone.

We tested the process successfully with both the Facebook and WhatsApp apps, which typically require access to the App Store.

Petal Search has its own app, found in the Tools folder of the Huawei EMUI version of the Android operating system, but is also built into the search bar that appears on the front page of all new Huawei phones. Type in the name of the app, and the search results include both that app and others related to it. Facebook, for example, comes up at the top of a list that includes Twitter and Messenger.

More significantly, though, the search window includes half-a-dozen tabs, similar to Google and Bing search, with News, Images and Videos in there, but headlining Apps and Music as well. That Apps tab is the key to the door of Android apps, allowing access to all Microsoft apps, among many other that appeared barred from Huawei phones.

The big question is: what about Google’s own apps? We tried the two most used. Both Gmail and Google Maps downloaded and installed with little difficulty. The .apk file for the Maps app had to be downloaded, and the installation process followed, but once installed, it provided near full Maps functionality.

See Inside Petal Search for Huawei’s answer to Maps.

That is, if one wants the familiarity of the old. Huawei has also significantly enhanced its answers to the main Google apps.

Beyond specific apps, Petal search results are presented in information cards, as opposed to web links, to give additional information without needing new clicks. The additional tools and functionality built into both the search function and the results cards means that Petal is experienced as an information ecosystem.

The more it is used, the richer the experience becomes. Eventually, it feels like the only information experience one needs. The bottom line: Huawei has found a way around Android users’ dependence on Google.

Continue Reading
You may also like...
Related Topics:featured, Goldstuck on Gadgets, Huawei

Inside Petal Search
Digital shift is about experience, not technology