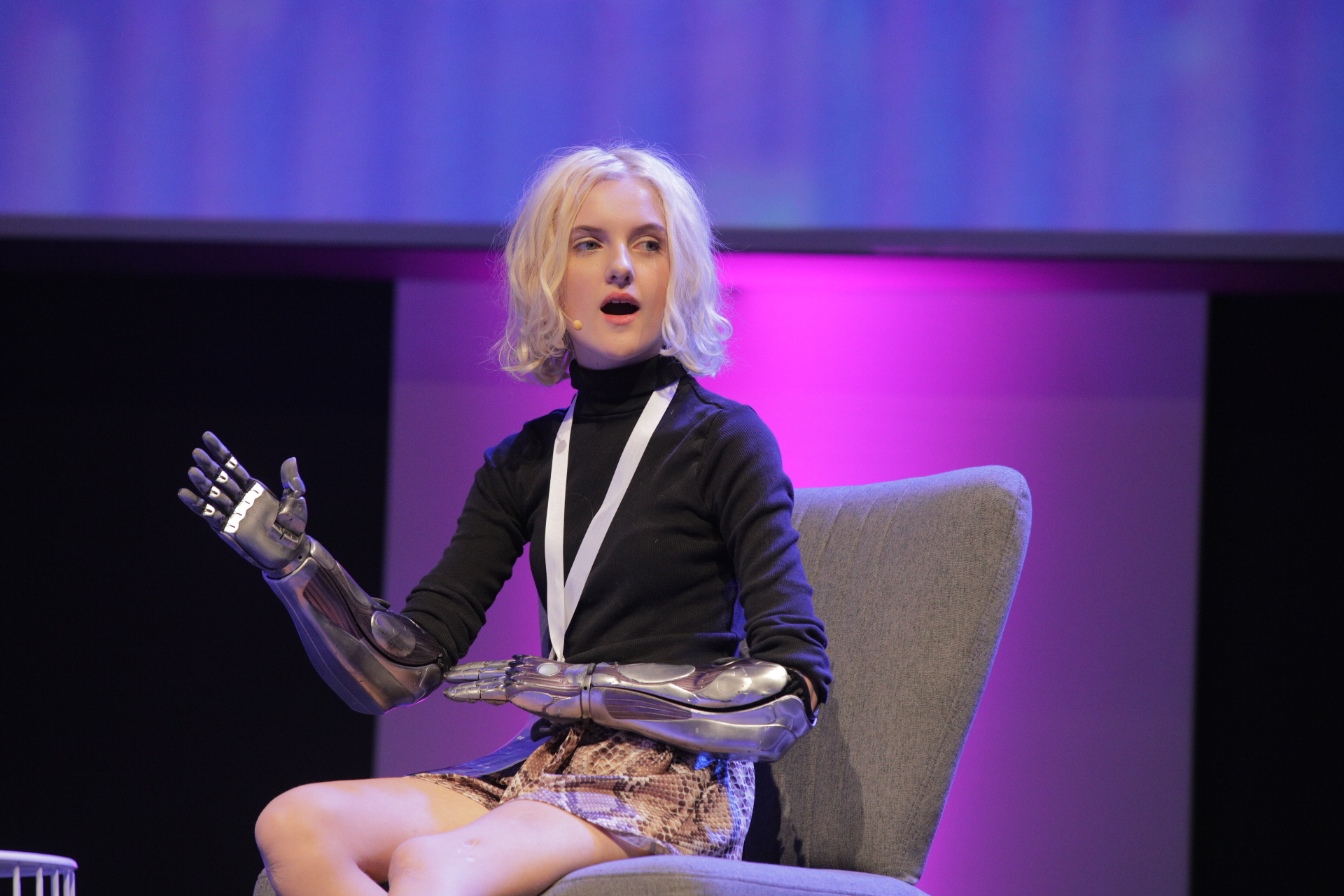 This is the second part of this series of articles. To start from the beginning, click here.

Tilly Lockey was diagnosed with Meningococcal Septicaemia Strain B when she was 15 months old.

Her mother spotted the tell-tale signs one day in 2007: a fast-spreading skin rash that looks like pinpricks, along with symptoms like lethargy and bruising. She was rushed to hospital, but the bacterial poisoning spread so aggressively, doctors gave Tilley no chance of survival. They had to make a quick decision to amputate her hands to save her life.

Twelve years later, her future truly came into focus: “I was surprised with really cool Alita: Battle Angel bionic Hero Arms and went on the blue carpet at the world premiere of the movie with Rosa Salazar and director James Cameron.”

That pivotal moment in her life would not have been possible without the intensive efforts of her mother, Sara, to raise funds to buy something better than the metal prosthetics issued by the National Health Service in the UK. She increased Tilley’s profile with a campaign to “Give Tilley a Hand”, and today works as a fundraiser and events organiser for the Meningitis Now support group. Her involvement in an event meant she was unable to join Tilley on her trip to South Africa last week, when she spoke at the SingularityU Summit. After coming off stage, Tilley told us that Sara was her biggest inspiration in her life, and the closest to a role model.

“I’m usually a speaker at her events. I tell everyone my story and what I’m doing now and give these kids inspiration, because they often feel they can’t do anything because of what Meningitis did to them.

“I am home schooled now, which is pretty cool, because I’m able to have a career and get educated at the same time. I feel I can do a lot of things that friends can’t do. I can take a whole class on an aeroplane. I have a great time traveling and meeting so many inspiring people who are making a difference in the world.”

The form of Mengingitis that attacked her leaves hidden scars and issues that only become apparent years later. She is almost absurdly cheerful about the challenges that have faced her.

“I personally figured out that my left leg had stopped growing. I’m still finding out things it has caused, but you survive. At least I’m here and I’m alive.”

It does help that she’s comfortable in the spotlight, happy to give interviews, and eager to show what she can do with her bionic hands.

“I want to go into public speaking a lot more, and it could be an option as career. I want it to continue because it’s a lot of fun, and I feel I’ve got a story to share. If I can inspire people to change the world, I will. “

Her travels this year will still take her to Barcelona, Jakarta and New York. In the Big Apple, she will accept a humanitarian award, and intends “to give a funky speech”.

In Jakarta, Indonesia, she will take part in a fashion catwalk and do a makeup tutorial live. She learned to do makeup with one of her bionic hands when she fractured her right elbow in a fall at school

“I got makeup for Christmas and wanted to play with it, and got the idea of doing it with an open hand. It took a lot of perseverance and patience, but after studying how to do it, I was able to recreate a full makeup routine using one hand. It wasn’t a great situation at the time, but now I’m happy it happened because it got me into doing what I do now.”

What she is doing with makeup is remarkable in its own right. She gives tutorials on YouTube, where she says she is “kinda new”, as she has “only around 16,000 followers”. That may well soon expand into cooking videos.

In other words, everything is an opportunity: “I could be sad, just sit on my bed and cry, or I can live my life and realise what I’ve got: these amazing bionic Hero Arms.

“All I want to do is help give people confidence in themselves, accept who they are, accept their scars and everything about them. That they don’t have to impress everybody and just be themselves.”

Read more in the third article of the series about how family remains at the centre of Tilly’s life.

Meet the ambassador to the future

The tale of the bionic girl: ‘It takes a family’