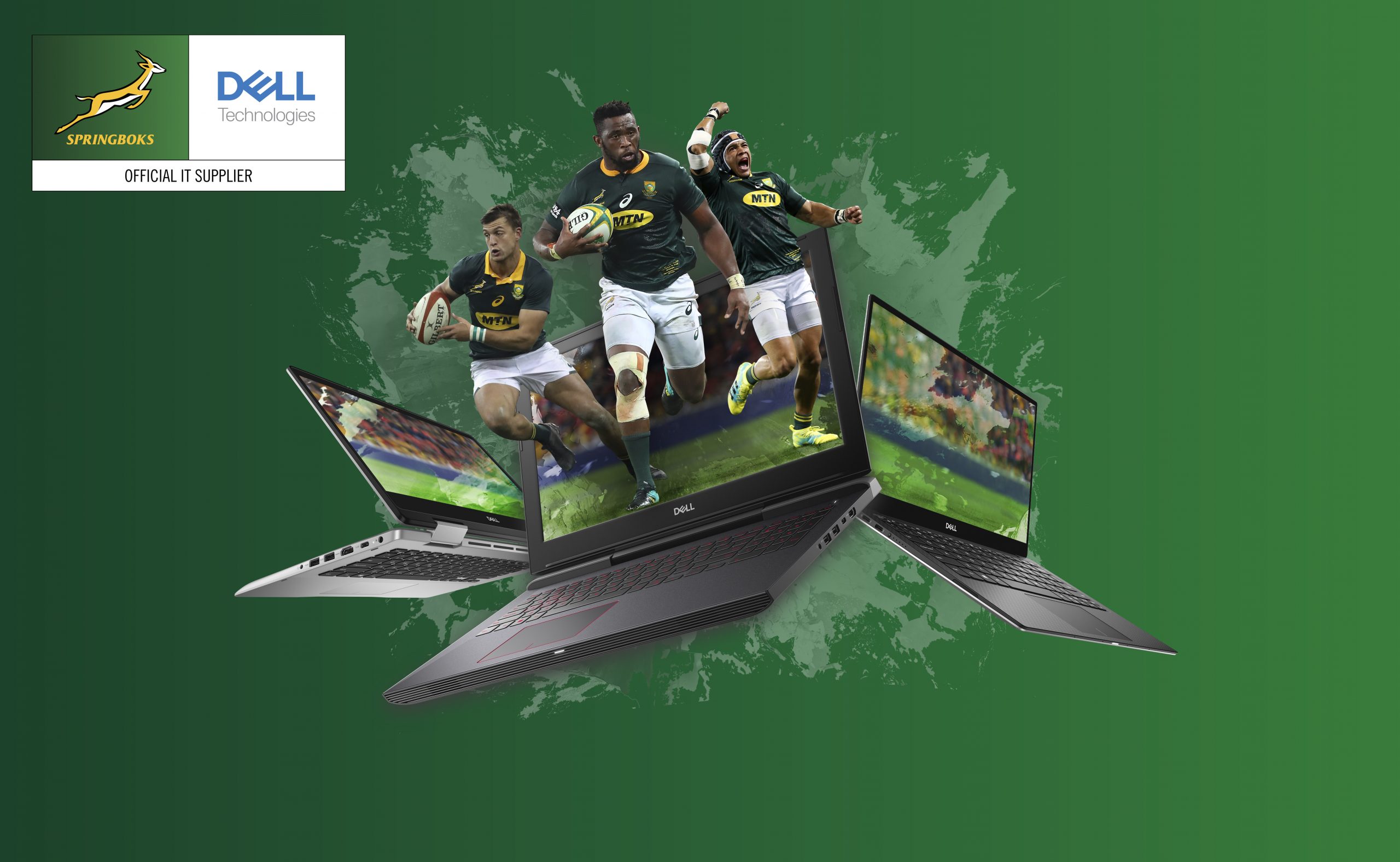 The past year was an epic one for South Africa’s Springbok rugby team, crowned by the decisive defeat of England in the World Cup Final in Japan. It was not only about the victory, but also about the journey the team took from the depths of defeat.

The entire story proved to be a massive and unexpected bonus for Dell Technologies, which signed a deal to sponsor the team at what seemed to be the worst possible time.

“When we signed this sponsorship, we just lost 57-0 to the All Blacks,” says Doug Woolley, general manager of Dell Technologies South Africa. “At Dell, we believe in human potential. This team demonstrated that in bucket loads.”

Supporting the team went beyond a logo on their kit. Dell was able to bring its expertise in modern systems to help make a tangible difference for the Springboks and the South African Rugby Union (SARU).

Games for the champs

Dell helped keep the Springboks entertained while they resided in Japan. Six Dell gaming laptops, complete with peripherals, were offered to the team. The original intent was to keep in touch with their families. But as it turned out, many of the champions are avid gamers as well.

“The team asked for ways to talk to their families back in South Africa, so we provided laptops that could deliver clear and reliable video conferencing,” says Chris Buchanan, client solutions director at Dell Technologies South Africa. “But then a second request came in: could these PCs play games as well? Some of the team love playing certain video games, so we packaged several high-end laptops. These are solid gaming machines and also ideal for watching movies or streaming content.”

Multi-purpose Inspiron G-series machines were bundled with peripherals, including headsets, gaming mice and gamepads. Team captain Siya Kolisi, along with teammates Damian de Allende, Elton Jantjies and Handré Pollard, collected the machines. Whether they shared with the other guys is a Springbok secret.

The Springbok sponsorship also opened other doors of engagement, ones that might well impact the future of rugby in South Africa.

Sports teams across the world have been using digital technology to improve their odds of winning. The McLaren Formula 1 team partners with Dell to capture and analyse data from the cars. In a league where split-seconds can mean victory for finely-tuned machines and drivers, insights generated through modern technology have become crucial.

SARU staff are on the road often and rarely sit at a desk. They are more likely to be next to a sports field or in the thick of a training camp. The activities of coaches and players also generate a lot of information that can be captured and used intelligently. Though the union had invested in the appropriate software, their legacy infrastructure was not up to the task.

“SARU had some solutions: they had the software to do the job, but their computer infrastructure was not up to the task,” says Andrew Wardman, enterprise account manager at Dell Technologies South Africa. “They wanted to drive analytics and share those insights effectively. For example, the defence, tackling, and head coaches should all have the same data, accessible from devices in the field.”

The central vision at Dell is that technology helps drive human potential and must be deployed with that purpose as the outcome. This aligns with SARU’s vision, and an end-to-end digital strategy was formulated. The union’s servers were consolidated around PowerEdge R640 machines, and its data storage was centralised for easy access.

SARU generates a lot of high-fidelity data, including video recordings of matches and practice sessions – not only of the national Springbok team but others, such as the Sevens team and developmental events. The upgrades, which include Dell Latitude laptops for staff, make it possible to access and analyse data from matches and players. Now SARU can review plays more efficiently, track players, get information to trainers and gain that sliver of competitive edge that put the best ahead of the rest.

These improvements are just the start. SARU and Dell’s collaboration continues as they look at even more advanced developments for the team and sport.

“Seeing the team crowned as world champions was just the cherry on top,” says Woolley. “For us, it’s been an opportunity to work with some truly amazing human beings who are proud of their country. You can’t help but catch that spirit as well. They are transforming the country, and we’re humbled to be invited along to contribute what we can.”

And the malware goes to…
The phishing you fall for