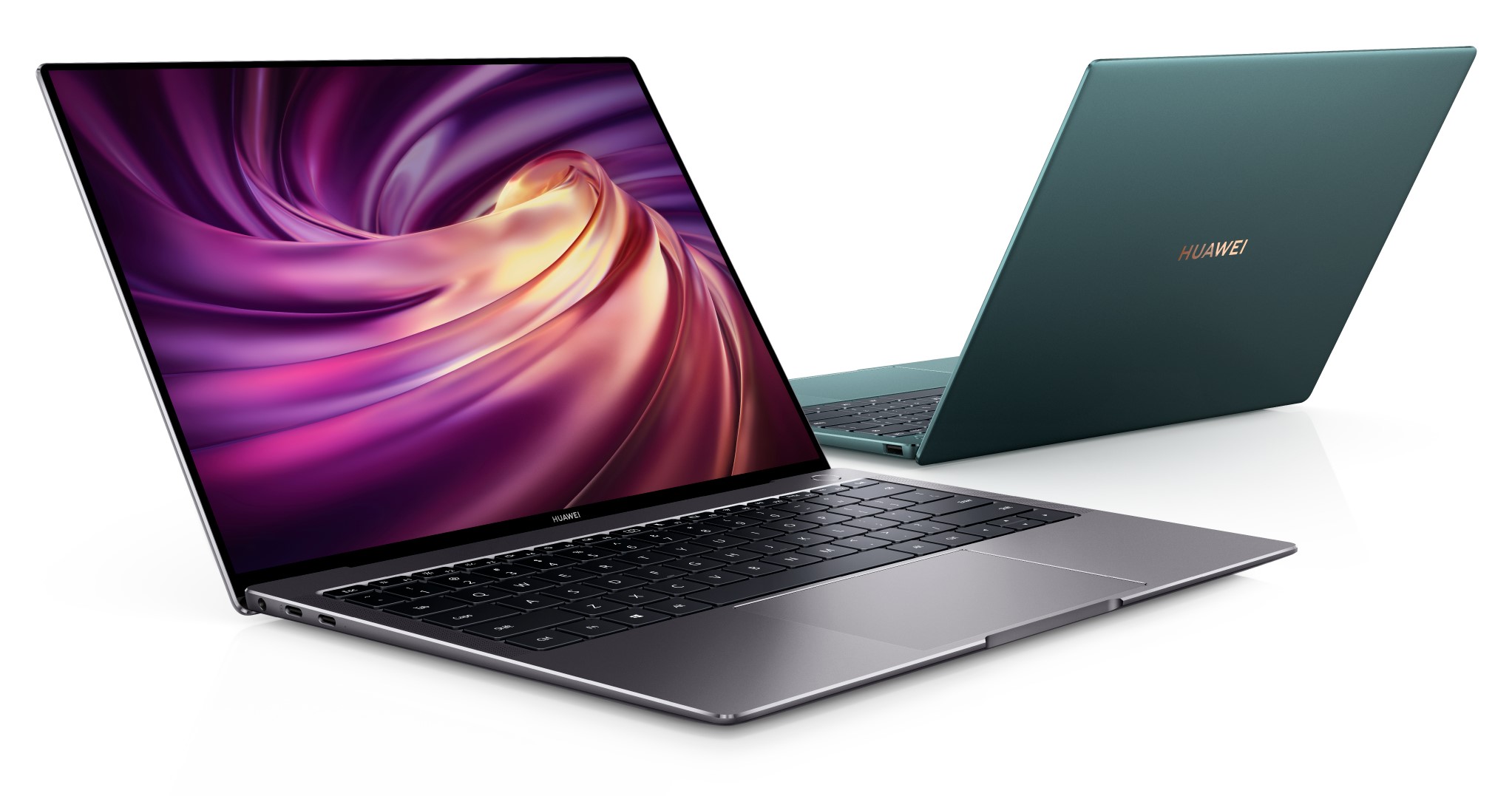 The first thing that strikes one about opening the new Huawei Matebook X Pro is how much of it is pure screen. The lid of the laptop is smaller than rivals like the Macbook Pro, Dell XPS and HP Spectre equivalents. Yet, where those feature 13” screens, the Matebook packs in 13.9”, by almost doing away with the bezel entirely and using 91% of available area for display, compared to 80% for the competitors.

This does have the drawback of leaving no room for a camera, that essential notebook accessory in the remote working era. Huawei found the solution in a pop-up camera that masquerades as a standard key in the back row of the keyboard, between the F6 and F7 keys. The camera icon on the key ensures one doesn’t have to hunt for it, but having a camera at keyboard level has proven to be a challenge to many videoconferencing novices.

The Dell XPS features a webcam at a similar level, but built into the bottom bezel below the display. The solution to having your colleagues or audience stare up your nostrils is to position it on a stand on the desk – a box does the trick too – during video meetings.

When the previous edition of the X Pro was released in 2018 with a similar configuration, The Verge declared that it was “definitely the coolest nasalcam that’s yet been developed, and it does have the bonus of having a physical privacy cover when not in use”. For the camera-shy, the positioning is perfect.

The Matebook X Pro is a Windows 10 Pro machine, which means that it is fully invested in the world of Microsoft productivity software, and will offer a comforting familiarity to long time Windows users. But it takes this a step further. When one takes the laptop through its initial Windows set-up, it offers the option of linking the laptop to one’s smartphone. Type in your mobile number, and it sends an SMS with a link to an app called Your Phone Companion, available on the Google Play Store, among others.

The app installation and linking to the laptop is painless, activating the Windows Your Phone application, which allows automatic sharing of content like photos and contacts between the two devices, and making phone calls from the laptop. For Huawei and Honor phones, an NFC hotspot below the keyboard activates Huawei Share, for similar functionality.

Before getting into Windows, however, there is the little matter of logging in. Due to managing multiple accounts, I tend to forget which I’m using, leading to the unnecessary frustration of wasting time merely “getting to” the office. Even when I do get it right, typing in a long password to access one’s device feels so 2013 – that’s when fingerprint scanners on smartphones first began going fully mainstream.

The X Pro brings smartphone-style fingerprint scanning to the laptop, building it into the power button itself, making for a quick, elegant and effective logging-in solution.

The performance and experience of the laptop is defined by its screen resolution, processing power and trackpad effectiveness. On all three scores, it is as good as it gets.

The 3000×2000 pixel touchscreen is the most immersive I’ve experienced on a laptop, largely thanks to the vanishing bezel, with vivid colour density and tremendous screen brightness helping it along.

An Intel Core i7 processor, Nvidia GeForce MX250 graphics card and comfortable 1 Terabyte solid-state hard drive, along with 16GB of RAM, combine for a satisfying and smooth experience.

The large trackpad centred in front of the keyboard represents a short learning curve for anyone moving over from a MacBook Air, with fine gesture control. Combine that with the machine’s touch-screen, and its versatility of control leaves the rival standing.

In longer-term use, it is likely that charging and battery life will prove to be a major source of user satisfaction. It charges via a standard USB-C port, and will even cooperate with the kind of chargers that are now standard with most higher-end smartphones. Battery life is well over a full working day, with Huawei promising 15 hours in standard usage.

At R34,999. This is no budget option, but compares well with the Pro alternatives from Apple, Dell and HP, while standing out among these in both display quality and battery life.