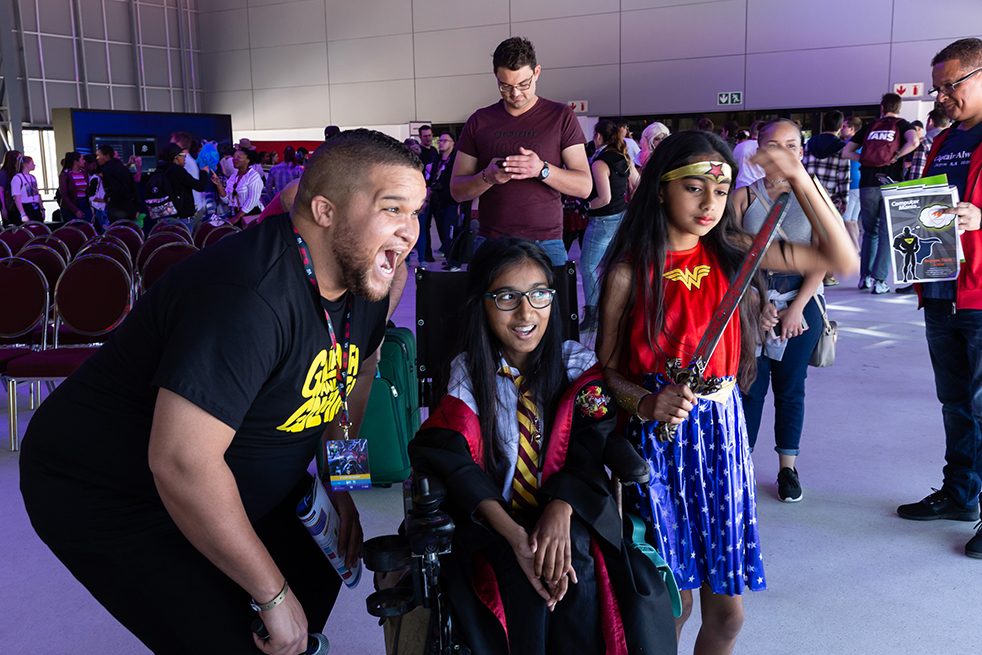 Patric Reynolds, who has illustrated exclusive covers for several comic titles, and David Angelo Roman, known for illustrating the Rick and Morty comic, have joined the roster of international guests.

Patric Reynolds will be taking part in panel discussions and will be seen at the Artist Alley over the entire weekend. Reynolds is a former public school teacher turned comic book artist. For Dark Horse Comics, he has worked as an illustrator with Patton Oswalt and Joss Whedon on Serenity: Float Out, Mark Andreyko on Let Me In, David Lapham on Exile To Babylon, Steve Niles on The Thing, and Chris Roberson on Aliens.

Patric has worked on the Mignolaverse with Mike Mignola, Christopher Golden, and John Arcudi on several Mignolaverse titles, including Abe Sapien, Hellboy & the BPRD 1954, and Joe Golem: Occult Detective.

David Angelo Roman will be joining Patric at Comic Con Africa. A classically trained artist, studied in Spain and Italy and began his professional career as a mural and fresco artist, with emphasis on photo-realism and illusions.  Always being a fan of comics, it was only a matter of time before he applied all his skills towards comic art.

Roman was first published with the comic book Xtreme Champion Tournament, and also created a leather variant cover for Aftershock’s hot title Babyteeth which was unveiled at San Diego Comic Con 2017. Currently Roman is a Rick and Morty cover artist, creating art for the Oni – Adult Swim – Rick and Morty comic book and the Cryptozoic trading cards.  Roman is also an artist for Star Wars, Walking Dead, Marvel under Topps, and Upperdeck.  Most recently, David has been contracted with Cartoon Network’s Steven Universe Cryptozoic Trading Cards.

David is also so excited to join us that he has released a shout out on our social media. Check it out here: https://www.facebook.com/AfricaComicCon/posts/did-someone-say-rick-and-morty-comic-artist-david-angelo-roman-is-coming-to-comi/713250029089357/

Where is the pickup truck emoji?

Why Libra can’t live up to Facebook’s biggest promise