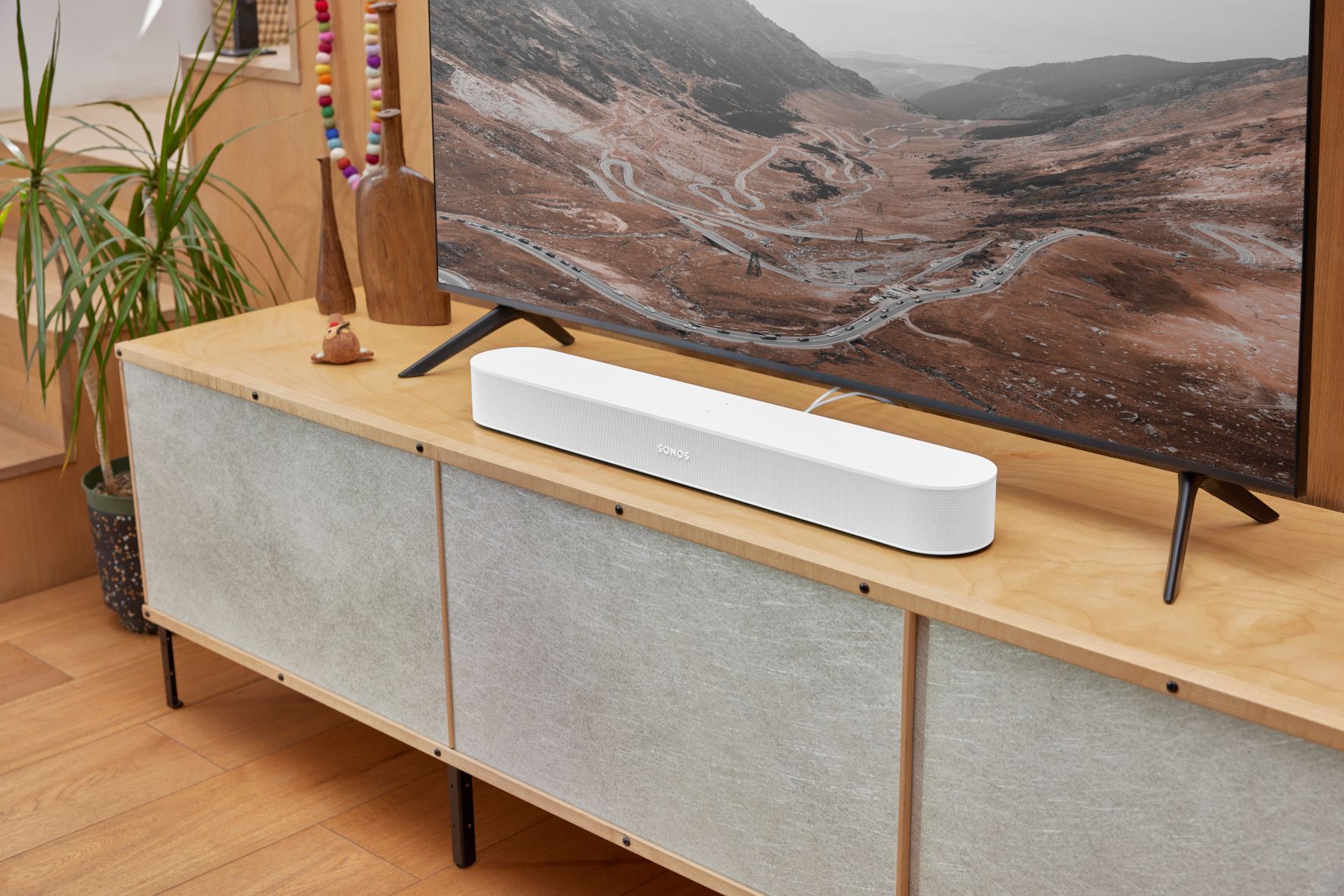 Sonos Beam (Gen 2) is a new version of an industry-leading Beam compact smart soundbar for TV, music and gaming, promising a more immersive sound experience with greater depth and clarity. It now adds support for Dolby Atmos, the new standard in surround sound.

That means it is tailor-made for anyone trying to create a home theatre set-up, which typically involves a large-screen TV and either a soundbar or a multiple-speaker array. The latter can get both messy and cluttered, and Dolby Atmos helps resolve this challenge: it was originally designed by Dolby Laboratories as a surround sound technology for cinemas, expanding on existing surround sound systems by adding height channels, allowing sounds to be experienced as coming from three-dimensional objects, and not from only one direction, creating the concept of 3D audio.

Once it was proven in cinemas, the technology quickly made its way into consumer technology, including speakers, headphones and mobile devices.

Sonos promises that this will bring “panoramic sound” to the home, not only via TV but also through any number of music streaming services on smartphones and other devices. The Sonos app supports more than 100 streaming services.

The app also allows for creating a gadget ecosystem with a family of Sonos products, such as a Sonos Roam portable speaker and a 5:1 home theatre speaker system. Each device can be allocated to a different room, and the app can link accordingly.

There are two core elements to the Beam 2 experience:

If one is comparing it to the sound from other Sonos devices, the improvement is incremental, meaning that it is not necessarily worth the additional investment. If one has not experienced the Sonos difference before, it is dramatic. In particular, it comes into its own when linked to a smart TV. The Beam is now compatible with HDMI eARC, allowing it to connect to a TV and integrate on-screen content with sound “objects” to enhance the sound from movies and games.

Using it with an LG curved screen TV intended for immersive viewing, the difference in sound quality between the TV’s own speakers and the Sonos was literally like stepping from home viewing into a cinema. Fully immersive, crisp and clean, simulating the presence of five separate speakers, it suddenly earned its keep, or at least its high initial price tag.

As furniture, its perforated polycarbonate grille ensures it looks good at the foot of the TV, especially since it requires just two cables: power and HDMI. It uses NFC (near-field communications) for relatively seamless setup and pairing with a smartphone through a single tap.

It does have difficulty dealing with multiple accounts, if one has an existing Sonos device linked to a different handset by another family member. With a little tech support, the issue was resolved, and the Beam performed flawlessly.

Starting at R9999 from http://learn.sonos.com/za and through participating retailers.

“We often talk about ‘Hollywood at Home’ being a real catalyst for our business, and Beam has played a huge part in this as one of the top-selling soundbars in its category,” said Patrick Spence, CEO of Sonos. “Taking what we’ve learned over the years about great listening and home theatre, we’ve found a way to bring new features and significantly better sound to Beam, all in the same compact size that has proven extremely popular with customers.”

Ultimately, this is about matching budget to needs and desires. It’s not for those who are happy with existing sound coming from their TVs, or are constrained by budget, but will be regarded as a good investment by those who are serious about upgrading the home theatre experience.